“Writing on the Wall” by Mingjie Zhai 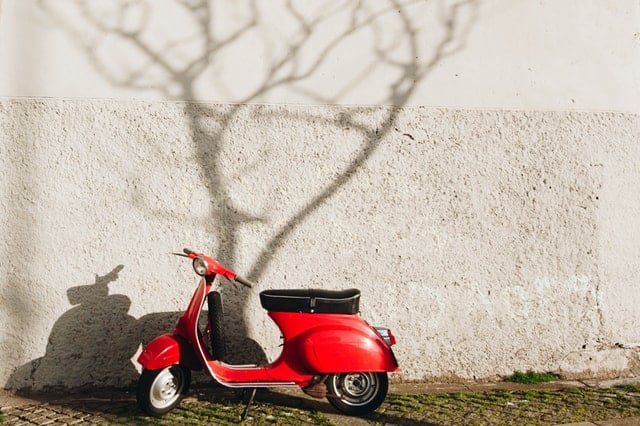 “It was about losing him as a friend.”

“Writing On the Wall”

You remember the story of the prodigal son who comes back after squandering all his money, ashamed to come back, but the father opens his arms and says, welcome back!

Not that your his father.

That would be weird.

But it reveals the mystery of love.

It is not logical to welcome the other back with open arms after he said some words to hurt you. I pretend not to be hurt but you are hurt, and he knows that. He was just beginning fall in love with you as well. Sure you was way ahead of him, or maybe he was way ahead of you, but he was waiting for the right moment…a moment you had ruined by dropping it on the Facebook messenger so casually.

Perhaps he’s more of a romantic than you are. Perhaps he knew way faster than you did, and perhaps he was planning on making it special before you had snatched the opportunity for him to reveal his heart.

Just look at the way he had kissed you the first night on your first date together. Maybe you had been anticipating your first date all along. Maybe he was looking forward to it far more than you were and when he planted that gentle kiss on your lips the first evening, that was his way of saying that he cares deeply about you. That was his way of saying he respects you.

And on the second date, he had no money to spend and he had spent it anyway to take you out to eat dinner. He loves deeply as well. He is also a sensitive artist. And all you want to do is be in his arms–take turns spooning each other. You two had kissed slowly and gently–like bluegrass of yonder.

Perhaps he would have done it romantically. Perhaps he had mapped it out exactly what and how it would look like. The way he expressed how he felt about you. Maybe that’s why he said, “It’s not fair.” Because you had taken his right as a man to be the first to come forward.

The first date, you were both on top of a beautiful mountain overlooking the pink and purple sunset of Angeles Forest. He gave you a kiss right before he left. A teaser to say, I’m interested. The second date, after he spent an entire afternoon helping out with the publication, you two walked across Pershing Square, hand in hand. He is a gentleman and took rice out of your hair when you were both eating Korean Soon Tofu, and he had taken the stray hairs out of your mouth when you both were at Public School Bar drinking and having deep conversations.

You had imagined what it would be like kissing him at the hill that overlooks the bright lights of Los Angeles, and then it happened. He pulled you close and kissed you with a cowboy’s embrace. He plays by old school rules of dating.

Telling him that you loved him on an FB messenger is like telling a friend the ending of a movie before they had a chance to watch it.

You were easily angered. When he responded by asking if you were okay, you made him wrong. You made it mean that he was putting you down or dismissing your emotions. You realize through the work you’ve already done that he was speaking from his wounds. And you were speaking through your own wounds.

He had told you the first regret he had was moving in with her sooner than later.

You implied that he was gaslighting you. He was not. He was just being protective of his heart.

At the end of the day, do you love him?

No. Because your actions spoke otherwise.

You’ve imprinted on him. He walks into the cottage somewhere in Scottland, Ireland, New Zealand or all of the above with the kids you both want to raise. Music. Garden to table food. Laughter. Love Making. Business traveling.

Without a question. It is instinctive. Like recognizing your own blood.

The way he says, “twi-tar” and “my woe-man,” you can’t contain but you continue pursuing.

Why did you start malfunctioning?

You were at the Norton Museum the following day and you wanted to stop by to see him since he lived close by. He was busy. He had two people to meet and a third, he said, would be too much for the evening. You called him considerate for postponing but I was faking it. I felt he was doing it deliberately to put you in the bottom of his list of people to meet.

He was simple. He tells you that men are simple. Women are complicated creatures that he couldn’t figure out. Perhaps he genuinely felt bad that he didn’t know how to please a woman but it was because women are unpleasable –at least those still holding on to bitterness. Perhaps the woman he had almost married made him feel so terrible he thought that he wasn’t good enough. Whatever it was, he was focusing on building and elevating himself.

Especially, after you had said on FB messenger, “I only date winners.”

That was his driving force to work even harder. He’s making a name for himself in this new city. The hustle for him is real. Survival is real. And he can’t be feeling insecure or inadequate for his inability to grapple with the depth of your emotions.

“I don’t know what to say,” he responds after you just had told him that you loved him.

Perhaps love carries a weight of responsibility, because it does.

Perhaps love takes time to get to know somebody, to figure out who they truly are, because he is a logical person and you are an emotional person.

Perhaps love is patient and it is kind.

He never said he didn’t love me.

But he did make the claim that you did not love him.

Maybe he didn’t mean to dismiss your emotions when he called you crazy or asked you if you were okay. Maybe he did it in his usual dark humor way, and you had made him wrong for it.

Men are not complicated. He told you.

If you were to stay still and search his heart, you would know that he was falling in love with you too. God gives us free will, and you choose him. Broken and open, you choose him. Perfect in his imperfections.

Instead, the girls did it for you by doing their own love confessions on the open mic.

You did not have to drop the L bomb on him when he was not there yet.

From your experience being with Sonny, once he became yours, he was all yours. He was loyal, dedicated, and treated you with dignity and respect. He was not controlling–rather he was smooth, and his love language was his action. Doing for you.

That’s what you loved about him. He’s a doer, not a talker.

He has a strong masculine energy that just draws you in. He kisses you passionately, with gentle and firm intent.

The way he is able to pull you in his arms, you melt in his arms like jelly. That’s the man you want to spend your life with. Fantasies of traveling, growing a business, and starting a family together dances in your dreams.

He saw the energy in you and it was at a higher energy frequency, and he is drawn to it. You were light headed with happiness when he and your friend were together in the same cafe, working on the project that you had co-created with others along the way.

Perhaps it was the heaviness, the deja vu. Perhaps it was spiritual attacks wanting to steal, kill, and destroy your possibilities. And the euphoria you had experienced with him while you two were dating. You found yourself wanting to find reasons to draw closer to him. You had told him that you wanted to drive up to his place just to give him a hug and a kiss goodnight. You are already enamored by him. Not for his faults, his past, but for his present, and his struggle. All of it.

When Sylvie went up, it said retry on the wall.

When Lorna went up, it said retry on the wall.

You went home and prayed.

You know in your heart it’s another cycle of learning. Not to rush.

You just need to give him space and time.

Meanwhile, seek first the kingdom of God and all others shall fall into place.

Because when you do, that which you seek and obey, God will lay provisions for you to carry out. He will never provide what He has not already ordained. You just need to remember that.

Seal it in your heart, is what Ms. Marilyn had said to you.

Seal it in your heart.