“Unspoken” Fiction. Based on a True Season of Heartbreak.

“Unspoken” Fiction. Based on a True Season of Heartbreak.The Love Story CreativesFebruary 26, 2019March 11, 2021 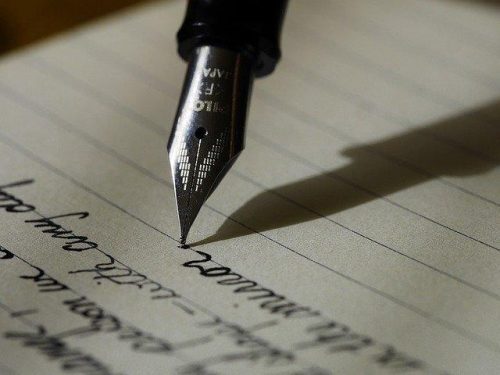 Fiction. Based on a True Season of Heartbreak.

I should have told you how I felt, but I never did. I didn’t know how to bring it up without tipping my hands because I didn’t want to stand there, knowing my feelings weren’t reciprocated. But it’s too late now. There are so many regrets now, useless reminders of the heart’s desires.

How could I have known that I would be drawn to you the way I was when we met all those years ago? It took me a year to realize it because my nature is to test the waters, test my feelings to see if they are true and not passing fancies. No. My heart decided to dwell on you, the feelings growing stronger as the years went on. It felt almost too perfect—except for the fact that I never could summon the courage to ask you to hang out. I still think back to that one night years ago when you asked me out to coffee, but I declined because it was late and it had been a rough day. And you never pursued a rain check.

I used to look forward to our texts even though it was sometimes like wringing water from stone, trying to keep the conversation going. You would drop off for weeks and I felt annoying for texting. I remember the panic the first time I tagged you in a meme, hoping it would spark something but also fearing that you wouldn’t get my humor and think me weird. I tried to be so careful but also as honest as I could with you. I so desperately wanted a conversation, to know your life and what you valued.

It was hard to get a hold of you. Either you had a busy life or were just terrible at communication. The distance didn’t help either. You always seemed so far away. That one time you showed up at church and we talked for a bit was the moment where I felt I had some chance. Too bad it didn’t lead to anything.

You were never cruel or rude. The lack of texts I decided was because you were just terrible at texting and that other social media outlets were the best way of talking with you. Liking your posts became the closest thing I could get to knowing part of you. Seems weird when I think about it, but memes seemed to be your love language.

When you got a girlfriend, it crushed a small part of me. It made me want to hide. I didn’t want to be a stalker, so I never looked at her page. It was obvious that you didn’t see me the way I saw you. So, I continued to bottle up those feelings, the romantic in me hoping that maybe someday things would change even though I knew the painful reality. I just hoped you were dense and would think about me someday. I wanted to be pursued, wanted to be noticed by you even though that vulnerability scared me to death.

I wished you well in my heart, valuing your happiness above my own pettiness.

The girlfriend came and went. You didn’t post much about it, which was good, I guess. I didn’t have to see it. It seemed like there was hope again. I tried getting a little bolder, asking when you’d be back in town and such. As bold as my anxiety would allow me to be. We came close, but it never amounted to anything.

I often wrestled with myself about pursuing you. If you weren’t initiating anything and the emotional exhaustion of it all wasn’t worth it, why did I still want you? Why should I wait for a text? So, for a time, I kept thoughts of you at a distance, praying that maybe something would change, and I would get a sign.

Then last winter when you said your girlfriend was coming to visit, I was left breathless. I had no idea. I knew nothing about this ten-month relationship, although I had the inkling when

her name cropped up in your posts. Still, the flicker of hope remained despite chiding myself to let it go. I worked through the tears and the tumult of emotions about this. What right did I have to be upset? I never told you how I felt and as far as I knew, you had no idea how I felt.

Christmas was both the best and worst day for me. I logged on and saw you got engaged. It was the first thing on my feed, your happy face and her smiling next to you. That blow sent me reeling, closing the browser, and curling into myself. Engaged. I didn’t bother to look at the full post because I knew what it would say. And I didn’t want to see those words.

You obviously cared about this person who lived an ocean away to talk with her while it seemed that you struggled to even respond to any of my texts. That realization was the most painful of all. You didn’t see me, and you didn’t see my value. Your heart found someone else. You found someone who you wanted to spend the rest of your life with after knowing them for what seemed like a short amount of time.

Some days it hurts less. I try not to think about it, but things crop up that remind me of you. Of what never was and what will never be. I hoped I wouldn’t see anything when I got up the courage to get back on Facebook, but seeing certain things made me want to disconnect forever. I want to be friends, but I can’t find it in myself to smile and wish you well without tears welling up. I don’t know when I’ll be fine.

I hate that I knew so much about you. I’m saddened that I didn’t pay more attention to the subtle signs. That I was the only one with these feelings. There were times where I dreamed of just laying it out, putting my heart on the line, and then chucking my phone across the room so I didn’t have to read your response. With my luck, you wouldn’t have seen it for

months anyway. I loved you for almost three years, never once telling you.

Or was I just in love with the idea of you?