“Time to Let Go” Fiction. Based on a True Confession from the Other Woman.

“Time to Let Go” Fiction. Based on a True Confession from the Other Woman.The Love Story CreativesJuly 7, 2019July 6, 2019 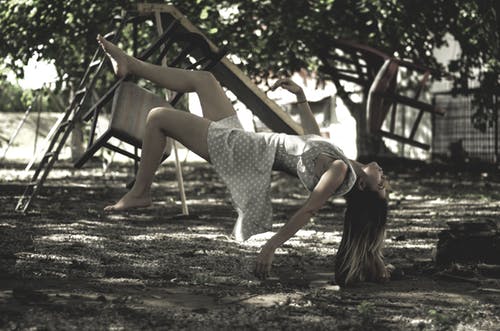 “I haven’t lost shit, I found it.” – Cheri Rae Russell

Fiction. Based on a True Confession from the Other Woman.

She recognized you. She used to live in the next apartment that you shared with him. It had been six years since you last saw her, and she caught you up on things that had been going on in her life. It had changed drastically, and she’d grown up from the time you knew her.

She asked if you and he had gotten married. You informed her that the two of you were no longer together. She congratulated you. Told you that you deserved better. She admitted to not liking you at first or caring anything about you really. She said that slowly she began to change her mind and grew to respect what it was that you were trying to do.

She went on to apologize for allowing him to cheat on you…with her.

You remembered being sick, tired, and pregnant with your first child. You were so young, so in love, so open to the possibility that he was a good person. You were asleep on the couch when he kissed you good-bye and told you that he was going to class.

Then you dreamed that he wasn’t in class, but was instead next door with her. You awoke to the sound of his voice outside beside the window. His voice mixed with hers’ in conversation.Just simple good-byes that couldn’t be tied to any wrongdoing. Still, you had to ask. He assured you that he had been to class. You believed in him, so you believed in the words he said.

Now, to find out that this too, along with the last decade of your life was a lie. You were doing so well this time. Now the heat in the pit of your stomach returned and rose up to your esophagus. Your jaws swelled with steam, and your head threatened to explode like a pressurized pipe.

You want to unblock him from your phone just to send an eight page text on how wrong he is. How you put all your faith in him, and he betrayed you. You want revenge.

But why? You’ve told him this before. You’ve cried in front of him, and he never changed. This is who he is. This is who you allowed yourself to love, and you have to know that you didn’t do anything wrong. Your love was pure.

Still, the anger and the hurt is back and you can’t shake it off. You tried putting your energy into your work. You turned in a project that was full of mistakes and now you can’t hit delete. And you call yourself a professional?

You’re ruining your career for this. Is that really what you want? Haven’t you wasted enough time on this? On him?

Look in the mirror. Yes, he really did that.

Don’t turn away. Look again. He’s still doing it, and when you question his integrity he’ll put the blame on you, and you’ll get mad, and hurt, and your spirit will continue to die along with your future. Along with the future of your children, and your children’s children.

“The wisest of women builds her house, but folly with her own hands tears it down.”- Proverbs 14:1

What do you really want for yourself?

moving onresolutionTRUTH
You May Also Like
dauntless (a note of gratitude for the ephemerality of life)mj@thelovestory.orgJanuary 7, 2022April 26, 2022