“Thoughts and Their Shape Shifting Abilities” Fiction. Based on a True Self Discovery.

“Thoughts and Their Shape Shifting Abilities” Fiction. Based on a True Self Discovery.The Love Story CreativesSeptember 25, 2019September 23, 2019 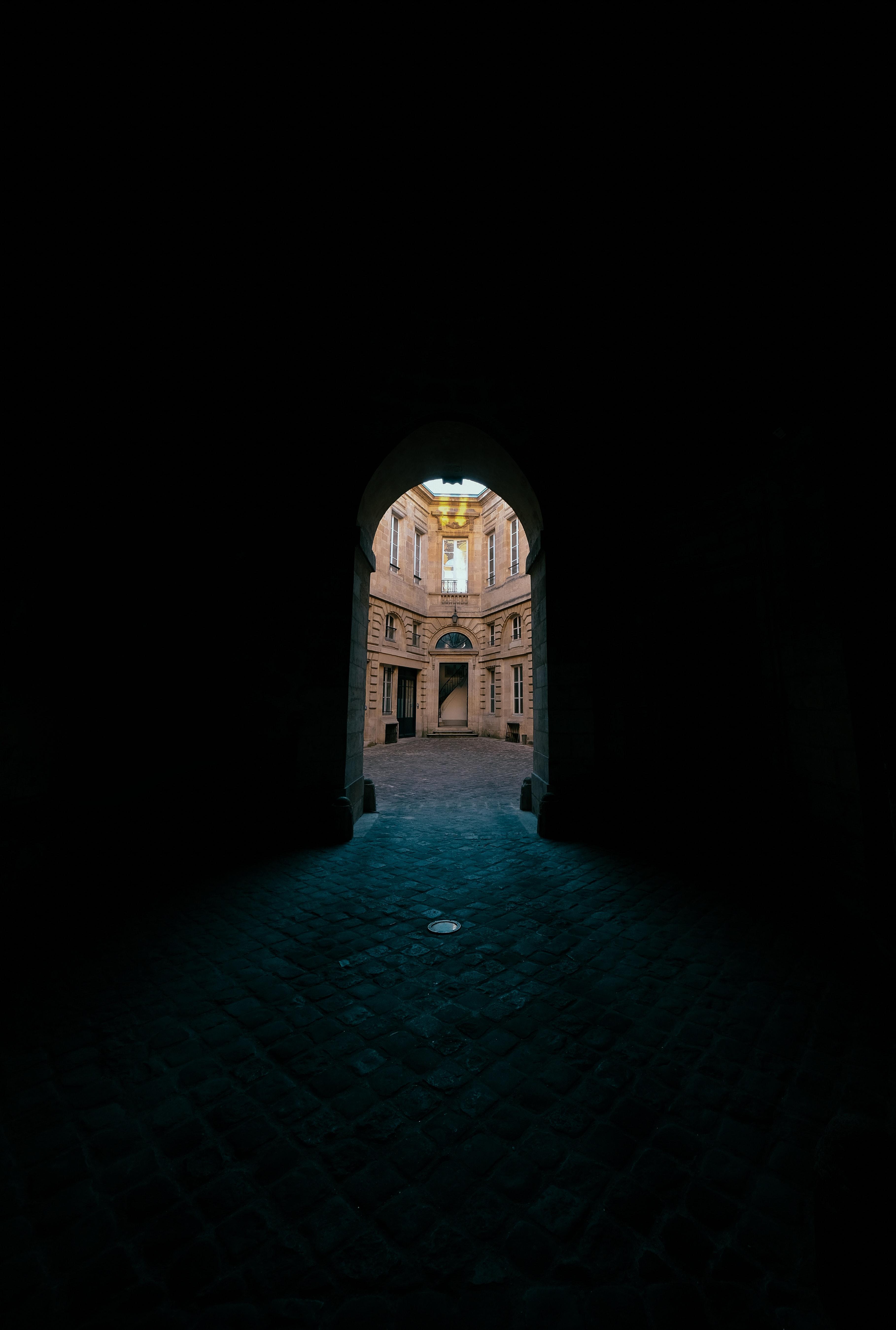 “If you aren’t in over your head, how do you know how tall you are”

“Thoughts and Their Shape Shifting Abilities”

Fiction. Based on a True Self Discovery.

What’s the point of putting so much effort into succeeding? What if you fail after trying so hard, and your endeavors are a complete waste of time? What if you put all your heart and soul into something just to realize that they were not enough? What if you are not enough? It’s the beginning of September, and my thoughts are setting out their cigarettes across the top of my brain. You don’t have the job that you want right out of college because you do not have anything to offer anyone. The changing of leaves always meant that the school semester is starting, yet I do not get to partake in the excitement of a new year because I graduated this past May. Do you remember what it was like to have all that structure in your fifteen credit hour semesters? You could not provide that to yourself again because you were hardly smart enough to go through a first time, what makes you think you are smart enough to do it a second time? I want to chase a new endeavor at this time, yet ninety one jobs have rejected me in the past three months, and more rejection letters continue to flood the inbox of my email. You’ll never get the job you want. It will mean that you failed, and you always fail. I just want to write.

I recall that preparation for the semester always began around this time and was spurred by the pursuit of graduating in four years or less. You graduated in four years, but you could have made it three if you were not so lazy. The refusal to address my lack of self esteem glowed from my face and manifested its way into unrealistic expectations fueled by the pursuit of proving that I was not as useless as I thought I was. I submitted assignments and worked thirty hours a week on top of school, but barely paid my bills on time: my partner suffered for it. I could drink three bottles of water, but ate three unhealthy meals a day: making exercising ineffective. What’s the point of putting so much effort into succeeding? I can not work hard enough. I’ll always underperform. My straight A’s quickly started out as straight C’s. I can’t even get a decent GPA at a state university. This year will only be the same as the last. I was calling out of shifts, or switching them so often that all my managers hated me. I can’t even show up to five shifts in a row. If I can’t even maintain an entry level job, what’s the point in trying so hard for a career in the field that I am passionate about? I never saw my friends, or saw them all week and fell behind in every other aspect of my life because “mental health day with my girls” took precedence over maintaining feasible goals. These goals are so simple, yet you still can not accomplish them all perfectly? Mental health is important, but maybe if you stopped being so dramatic you could actually accomplish your goals.

My inability to meet these unrealistic expectations breathed new life into my already terrible self-deprecating thoughts. They took bite after bite into my self esteem and discarded my ability for independence like you would throw away an apple core. I grew depressed and had to rely on family for money every month. You’ll never reach your goals, and you’ll never get the job you want. You will fail because you always fail. The financial graciousness of my family proved my inability to provide for myself, and I saw myself as their favorite charity instead of someone trying to pull themselves up by their bootstraps. There is no point in putting so much effort into succeeding because you are failing after trying so hard, thus making all your endeavors and progress a complete waste of time. Another one hundred dollars borrowed, another six thousand dollar loaned signed. You put all your heart and soul into something just to realize that they were not enough because you are not enough. I pushed through college, and graduated with a 3.0: A GPA that I knew I could do better than if I had actually applied myself in school. It was not high, but it should have been enough to land me a job out of college with hard work, but it didn’t. The helplessness I fought off throughout college returned with a vengeance as the rejection letters I received reached triple digits. I still barely pay my bills on time: my partner is suffering for it again. All I can do, time permitting, is drink three bottles of water and eat three unhealthy meals a day: making exercising ineffective. I’m switching shifts because going to work more than three days in a row is more exhausting than acquiring my English BA.

Suddenly, ‘all my effort’ is none. Getting up in the morning becomes progressively harder and harder, and I find myself sleeping until noon. What’s the point of putting so much effort into succeeding? I move to the couch to try and get some sun from the window, but end up realizing that the day is already halfway gone and all I did was sleep. What if you fail after trying so hard, and your endeavors are a complete waste of time? Getting out of bed earlier than noon is so so so hard. The light streams in as I watch happy people walking past my apartment complex on the street: hoards of adults all laughing, families walking by with ice cream, people with their dogs. Enjoying the sun and each other’s company before the rain comes and the leaves go. Before the clouds gather and the trees become dark and foreboding things. What if you put all your heart and soul into something just to realize that they were not enough? For some reason, I am craving the beginning of that season. Where all you can do is curl up with a hot bowl of soup, and watch netflix with your cats for hours because everyone is already doing the same thing, and what’s the harm in joining them? What if you are not enough?

My therapist helped me through a worksheet titled: Testing your thoughts. I filled out the first three questions with ease: “What is the situation?” Not having the job I want. “What am I thinking or imagining?” That I’ll never get the job I want, so what’s the point in trying. “What makes me think the thought is true?” I elegantly carve out the evidence: one situation after another. The fourth question made me pause: “What makes me think the thought is not true or completely true?” My therapist looks at me through the thick rectangular glasses perched on top of her petite nose, both are framed by her straight, short blonde hair. Everythings always changing. I was accepted to intern by a company with a lot of integrity because they admired my talent for writing. I’m confident I will do my best in this internship because I really want this opportunity. “What’s another way to look at this?” the white page was peering at me through it’s big bolded questions. Those ninety one jobs did not work out because I was not in a place to be accepted into them at the time. I keep trying because I keep taking responsibility in my life in a way that I could not before. “What’s the worst that could happen? What could I do then?” the page asked firmly. The worst that could happen is I fall into old patterns, and fall behind due to poor self-discipline. If that were to happen, I am seeing a therapist to try to recognize those patterns and combat them with healthy coping skills. I would ask for extra support, and implement change. The other thing that could happen is I receive documents or instructions I don’t understand, but I know how to clarify confusion by asking questions. I have many good resources to answer intimidating questions. The single white page in front of me is suddenly a curtain that I am throwing open. I hear echoes of the screams of the evil thoughts that sucked energy from me for the last four years. Their disguises fall first before they vanish into wisps of dark air. I pick up their costumes and admire the quality of them. Maybe it was not me. They were poorly masked to appear just like any other thought that appeared in my brain because they knew that I had no idea how to test their intentions until now. If I keep focusing on failing, I will fail. If I changed my thinking then I would stop using my anxiety as a self-crippling motivator. I would be more moderate, and stop bouncing between extremes of trying to do everything in a day to hardly able to complete a single task a day. If a good friend were going through something similar and came to me for advice I wouldn’t call them a failure and point out all their past mistakes and flaws. I need to become a better friend to myself.

healing
You May Also Like
dauntless (a note of gratitude for the ephemerality of life)mj@thelovestory.orgJanuary 7, 2022April 26, 2022