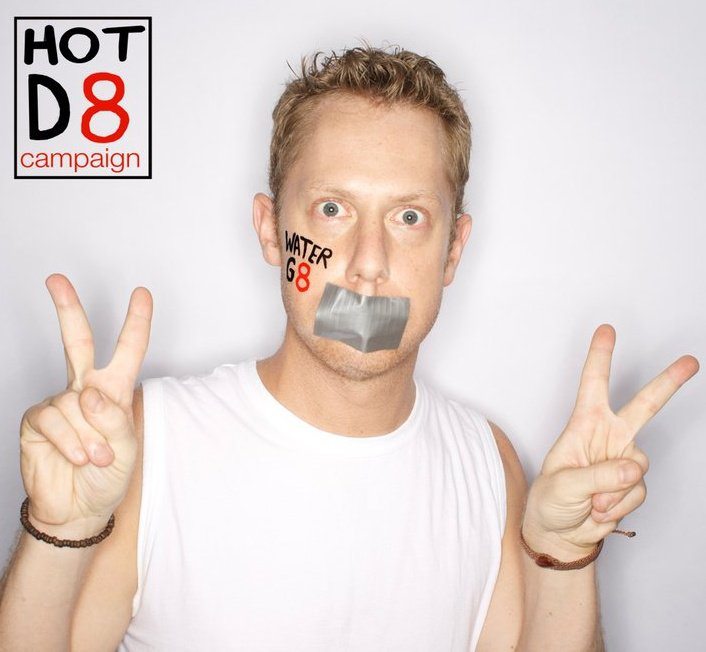 Paul Case has a fantasy. Actually, he has many fantasies. But unlike most of us, he’s willing to talk about it publically. In front strangers. Lots of strangers.

With his voice amplified, and his face distorted according to the expressions of his fantasy, Paul Case is the person who will give us a play-by-play account of his make-believe date, from the second they’ve locked eyes to the moment of the make-believe breakup.

“Look,” Paul recounts, in the voice of his make-believe date, “I just don’t fit into your world. Your friends don’t like me. I don’t know anything about wine. I don’t even know which fork to use.”

Paul replies, “Look baby, it doesn’t matter, because I love you. You’ve got me and I’ve got you, and that’s all that matters.”

“And then I wake up, still alone in my bed in North Hollywood,” he groans.

“Does that happen to anyone else?” he asks curiously.

“That spaced out moment? Cause that happens to me when I’m left alone too long on my own.”

The three-minute bit onstage was all based on a six second interaction with a mechanic that fixed his car a few weeks prior.

In Paul’s Case (pun intended), it a comedic bit about the gym experience: Paul walks into a North Hollywood gym and discovered that he was the only good looking guy there.

“I can’t be the most good looking person in this building,” he says, horrified.

“I packed my shit and left the place. Now I go to the one in Universal Studios, and everybody works at the studios, and they’re on their lunch break, and everybody’s hot, and I feel like I’m a troll again,” Paul said with relief. He puts his arms out. Body tense. Gasping for breath on a pretend treadmill onstage.

Paul has a self-deprecating, satiric to border-line sardonic, humor, and delivers it as dry as Jerk Chicken and as dark as a 10’o clock shadow.

He gets us to laugh at the expense of his own follies, and with it, illuminates some kind of human folly what we all deep down share.

Truth is, we all strive for perfection, even when we know deep down we can never fully obtain it, and we strive for perfection in others, even though we know others will also let us down. At least Paul’s capital case U for Unperfect gives us a glimpse into these follies, through his jokes. His bits are definitely the most Unperfect case—he’ll bash on the Seattle weather to Seattle natives, he’ll bash on his own homosexuality, living the poor comedian life as a waiter for the past 18 years, he’ll bash his eccentric Pennsylvanian family, his successful friends, and he’ll bash his own fantasies. There is no topic or subject Unabashed (pun intended) as long as Paul has lived or experienced, it’ll be on the stage.

He thrives on perfection in an unperfect world. One of his shortest relationships was also the greatest relationships because of the intensity of love and love loss. It only lasted for three months, but in his words, the relationship was “exceptional and perfect.”

“He was everything I had been searching for,” Paul said with a sigh.

That was why he found it so difficult to come to terms with the breakup. He had this strong conviction that they were meant to be and because he believed that he could never find anyone as flawless.

Enter Emptiness, Self-pity, and Loneliness. They were his companions following the next six or so months after the relationship was suddenly over. Initially, he cried for hours at a time. He was shut up at home, in bed, with tissues everywhere. Even worse then feeling down—the heartbreak made him humorless.

He couldn’t even think of any funny material in all this—“not while you’re in it,” Paul says. For Paul, it takes a lot of crying out to getting it out. He wrote poetry. Most of the time they didn’t even make sense, but they were channels through which his pain could be thrown away.

Like Kevin Hart, Paul can make fun of his pain—at least when he gets out of it. When he jabs at himself, he is jabbing at all of our flawed follies. “People can see that we really do get better,” Paul said, “especially when we can laugh about it later.”

Even with all the agony, weeping, the low creative libido, and the nonsensical poetry that will never see light of deliverance—all byproducts of falling out of love, we asked him why he would even consider falling in love again? He answered our question with another question: “Why not?”

Perhaps the darkest type of humor is this exactly this. After all, it certainly is life’s funniest punchline (pun-intended).

ComedianhumorMr Perfect
You May Also Like
The Life of Someone Who Lived to Tell (A Snippet)The Love Story CreativesNovember 21, 2022November 15, 2022 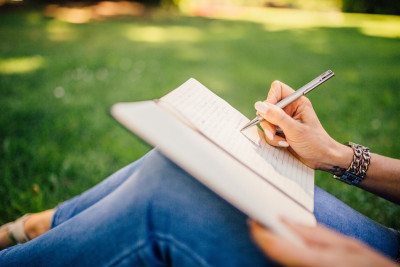 The gift of transparency through journaling brings us the courage to express our thoughts, feelings,...