“The Three Lady Beggars.” Fiction. Based on a True Walk Down Old Town Mostar. 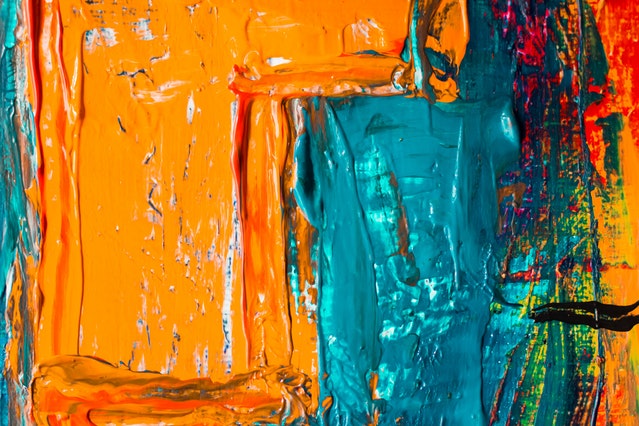 Fiction. Based on a True Walk Down Old Town Mostar.

This journal entry is inspired by true events. Some of the characters, names, businesses, incidents, and certain locations and events have been fictionalized for dramatic purposes. Any similarity to the name, character or history of any person is entirely coincidental and unintentional.
Trigger Warning: our program often motivates people to discuss their trauma. If you find yourself feeling overwhelmed, please, take a step back to address emotional flashbacks and trauma before continuing to push yourself. If you are experiencing a medical emergency, call 911 or the National Suicide Hotline at (1-800) 273-8255.

You saw the same old woman sit in the same position the last time you saw her, holding out a basket. As you leave the electronics store, a twenty-marks bill falls out of your pocket. You pick it up from the wet grounds because it is raining today in Mostar.

As you pass her by you were considering giving her five marks. Instead, you hand her the twenty marks. You figured that it dropped onto the ground for a good reason. Then enroute to Mostar Bridge, you saw the same woman who you first encountered in front of the Genocide Museum a few days prior. You hand her the five marks and immediately after you wave your hand defensively in a gesture, as if to state, “This is all I have.”

And, as you keep walking the same little girl who saw you at the cafe last time when she was walking barefoot in the rain now approaches you, this time with shoes on. She was around seven or eight years old.

She begins her act—the pity-me look. But you ran out of money except for the 4.5 marks you are saving for tea. You had your headphones on ? listening to your music, and it somehow gave you the courage to say what’s been convicted inside your heart to say.

You stop, look her directly in the eye, and you speak firmly. “Look, you don’t need to beg on the streets. You need an education. You need to stop begging. If you want money, be grateful for the things you already have and when someone gives you five marks, you thank them for the five marks. You don’t worry about the ten marks in their other hand when they have just given you the five marks that you did not earn on the hand that did give to you. This is how you’re going to get through life.”

You said it with power, with conviction, with a tinge of righteous anger.

She sours her face, confused and uncomfortable and points to her ears and shakes her head, gesturing to you that she does not understand. But you have effectively shamed her because other onlookers are now looking at what this engagement is about.

She goes back to what may be her bigger sister, or more likely so, another orphan that became her bigger sister. You then start walking in parallel with them where you come across the sisters talking to the middle-aged woman who was holding a child. She reminds you of the worse version of yourself, had you been still living in the bondage of unforgiveness and low self-worth. The middle-aged woman holding the baby points to the older sister’s private parts. The older sister is wearing black jeans.

You think that this middle-aged woman is grooming these two young girls to a life of selling their bodies for food. You think of the student you once taught who had told you that at one point, you had inspired her to want to become a teacher but when her mother got out of jail, she began learning how to sell her body for money and wound up getting murdered.

The question is, where were you? Where were people like you to intervene? To say, “I will adopt you,” or “I will foster you.”

You think of the same young girl you just lectured. Now the witch holds her even more tightly because you, in your self-righteousness anger, lectured her instead of giving her the rest of your money.

Perhaps, in the end, that’s why Aaron became disillusioned by your self-righteous laughter when he told you that he was fired and you thought that he probably deserved it. He was in the pain of rejection and you thought you were doing right by playing the anti-hero in hopes that Amy and him would work things out…but will they? Is this another attempt for you to push off personal responsibility? Or is it a kind of trust you have with God? Let go and let God handle it. Trust that you did your part, trusting in the karmic time limit of things, like the nine months back and forth with Aaron and the courage you’ve worked up to tell her the harsh truth about the lifestyle she is living. Perhaps a little dose of hard truth is exactly what she needs so that learning the wily, cunning, manipulative ways like this at such an early age does not pay off in the long run.

She looks at kind-hearted people as targets…the way Aaron sees older women like you as targets, using love as a weapon for a functional sales close than it is as the foundation, the root of sustenance, the ultimate be all and end all. You show the little girl that it doesn’t pay to act like a helpless beggar…it is a kind of tough love that, looking back, you realize how much you appreciate it from your dad who gave you the no-holds hard dose of wisdom when you were her age.

He’s always set the bar high for you, because he knows what you are capable of becoming, so most of his talks were filled with passion, cold hard truths that hit with a kind of latent potency, like a slow burn.

You now look back at what Rylie said to you that shattered the lie you were living in. You were treating sex and love as functional weapons rather than a foundation of truth— something unconditional and ever present, even while you were still being and becoming justified in the walk of true love. You were a baby Christian trying to dance with the shadow of your own subconscious at a time when were just learning how to walk.

As you pass the middle age beggar training the young girl beggars how to operate the streets, you pray under your breath, “Father, please bind the Jezebel stronghold over the mother and the young girls.” You think of how Jesus intervened on your behalf because you were finally willing. And you were only willing because your mother had the kind of water bull strength in unconditional compassion for you…when nobody else showed up, she did. And so killing yourself to get rid of the shadow no longer became an option—Jesus Christ and the kind of walk in patience and kindness that can only be learned over time— slow, and steady, and many failings after failings, you begin to become aware.

In your heart of hearts you know you did the right thing for both Aaron and the little girl. They are still young enough to be scolded and internalize the lessons before they are condemned to turn their bad habits and an irreversible dis-ease.

You once had written that on the entrance doorway where all your students could see it when they first entered your classroom.

You hear your sponsor’s words of wisdom…she who re-married in retirement in her sixties and ages so gracefully…still attractive in her calmness, her joyful gratefulness, and her grounding in her children and grandchildren…her family.

You think of Matthew 7:6.
It’s about the pearl and the pig.

You stop by a bazaar that you visited the day before.

It was the blue glass eye that reminded you of the color of your intertwined soul with Rylie—a future hope, a Hail Mary, a divine feminine eye.

You know this color is the next level in your chakra walk. Blue represents your voice being expressed..like water, you can’t hold it back cause eventually the pressure will, like river, find its way to wherever it is going.

You had eyed it the day before, and now you are ready to execute.

You bought two bracelets for 20 Euros and wonder if it is a spiritual crime to have denied the little girl money and within the hour of buying two pieces of copper artwork from the artisan.

Now that you’re no longer a socialist, you think ?…definitely not a crime. In fact, God wants each of us to become artisans so it is better to reward the artisan for his craft than it is to reward the little girl for doing the very thing that is keeping her in the bondage of slavery.

The old beggar Lady gets your biggest donation because her spirit is hard to change, like a hardened sculpture…the mother with the baby who sits and asks for money gets five marks because she needs less change than the old beggar. And for the little girl who begs, you give her no money, because she is the most capable of changing.

She doesn’t need physical money from you.

She needs a change of mindset.

And that is why you laughed at Aaron’s pain…because you know it’s the good kind of pain…the transformative type of pain that Jesus Christ allowed you to experience so you may sharpen the sword in the fire—the kind of fire that burns away all that bears no fruit.

As the rain kept pouring today, you realize that the angels are all crying in Hallelujah when you saw the reply back in all caps from Aaron:

You smile in sadness and gratitude when you saw the email reply.

It means you passed this test. You look up beyond your MacBook Air and you see people’s shoes walking to the right, more and more shuffling and scuffling through the rain, and you know right in that moment that heaven is singing in joy and crying in happiness.

You know that beyond this time, space, and distance, when all three points merge, you will remember how in this point of reference, in this particular crossroad, you took a right turn, one degree closer to your center.

The orange sash.
The Adriatic Blues.
The color of the teal blue glass eye.
The spiritual eye.

You know that in the future glory of things, Aaron will thank you when his son is born from the woman who would take a bullet for his heart.

Not right now just means not yet.

Bold and blue, between Black and White Jam.