“The Thought of Using Meetup.com” Fiction. Based on a True Depressive Episode 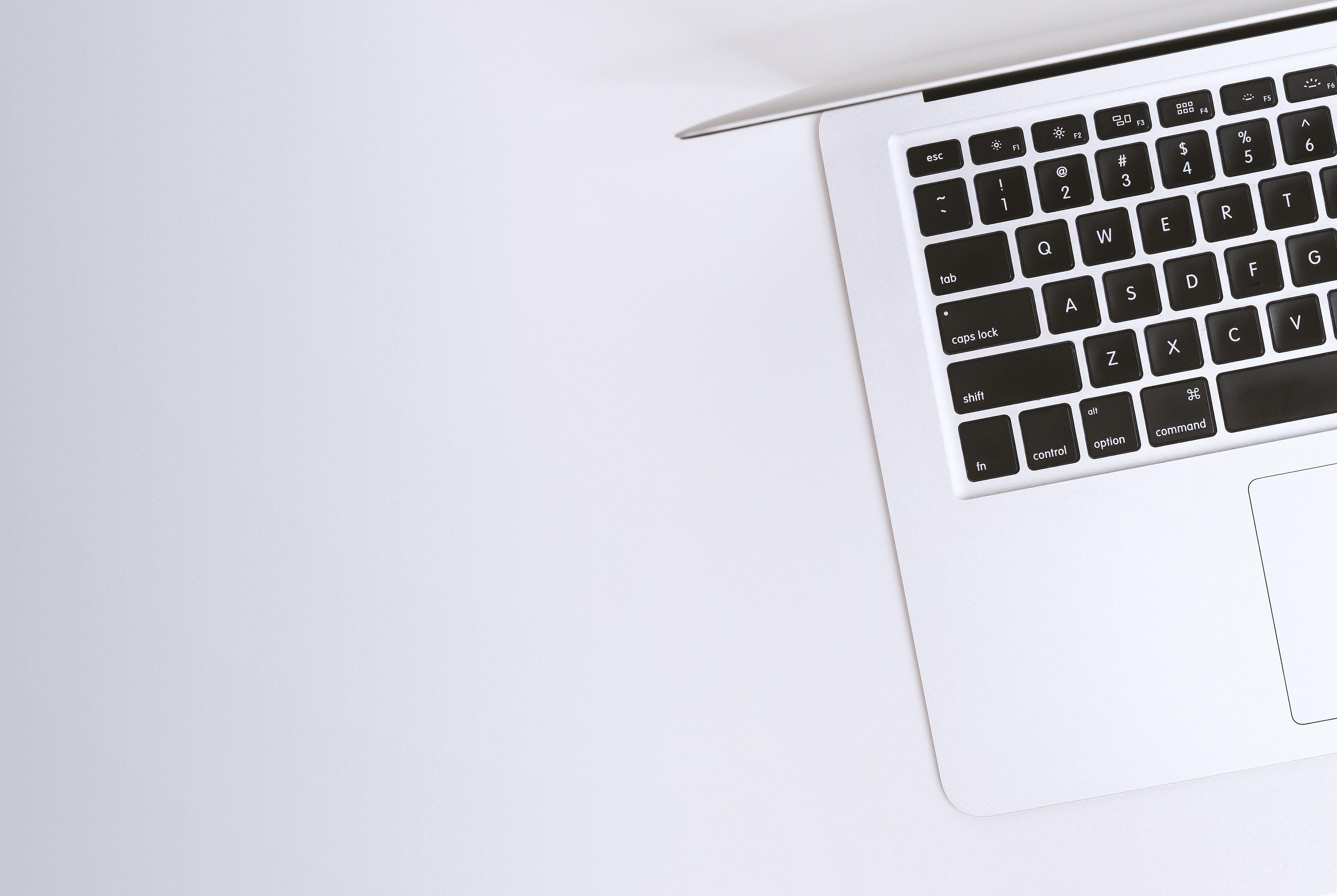 “The Thought of Using Meetup.com”

Fiction. Based on a True Depressive Episode.

All journal entries are inspired by true events. Some of the characters, names, businesses, incidents, and certain locations and events have been fictionalized for dramatic purposes. Any similarity to the name, character or history of any person is entirely coincidental and unintentional.

I have resorted to online meeting sites to making friends in this city.  I don’t like the sound of it, but it’s better than crying alone in my bed. I roll out of my bed using my pillows to lazily dry my tears before grabbing my laptop, and marching to demand a seat on my crowded couch between Apathy and Fear. I open my laptop and log in knowing damn well that trying to “connect with others based off of shared interests” will take more energy out of me then barely getting my English BA.

“You aren’t entirely alone,” Apathy reassured me, while running his uncut, dirty fingernails through his greasy unkempt hair. His lanky, boney body rolled lazily to push me off the couch, and he snarled at me with his unbrushed, cavity filled mouth when I wouldn’t budge. He always hated having to involve himself into conflicts that he convinced himself hardly concerned him.

“You always listened respectfully to stories of people placing their faith in the internet for forging friendships in new places, but you never imagined resorting to the same measures,” Fear said, wrapping my head in the dark smoke that he was fabricated from until I couldn’t breathe.

“It feels desperate. It will make you feel way older than you actually are. You remember how we feel about acknowledging your mortality and the fading of your youth. Don’t you?” Anxiety peaked her head around Fear’s vaporous, bulging frame. The movement illuminated the thousands of little braids that were sloppily done by her own two hands to rid herself from the horrible flow of energy that rattled her skin and bone frame.

“When I finally show up to one of these clubs, what will it be like?” A leer spreads across the ugly face of Fear as he speaks, and more smoke fills my lungs.

“You just never saw yourself even enrolling in an online community to meet people. You are too social for that. You are good with people,” Pride sneered as he spoke to flash me his large, poisonous teeth.

“I have always had classes or clubs to meet people in. Suddenly, I’m finding that graduating college has not only barely qualified me enough for the jobs I want, but has complicated my ability to socialize,” I explain patiently to my poor choice of company.

“Why do people even need friends? Why can’t you just function completely alone?” Depression remarked wrapping its long sticky tentacles around me, and began breathing heavily in my ear from the sudden exertion of effort. He smelled of sweat and salt, and was mucilaginous to the touch.

“You don’t even know if you are in a good place to be making friends! What if you attract monsters like you? Your therapist always tried to discourage such self deprecation, but sometimes you have to address the elephant in the room before the innocent bystanders do,” Fear said as his smoke continued to fill my lungs. Anxiety had now reached her thinning, sickly arms through Fear’s smoke to push her hand through my mouth and down my throat until her skeletal fingers wrapped around my heart. The pressure made my heart beat faster. If it was impossible to breathe before, it was even more impossible now.

“It’s Portland. Most people are understanding towards mental illness; I do not have to be as guarded here. But like I said, I am just too raw to be vulnerable. When I am this sensitive, it is hard to reach out to people who know me let alone complete strangers. I just want someone to sit across from me at coffee shops, drinking tea, and writing together. I just wish I could duplicate myself. Then I could have someone who completely understands the silence I just want to sit in.” I allow my thoughts to direct themselves at the disgusting, beastly squatters I allow into my apartment. At this point in time, my heart is beating so fast it feels like it’s going to break my ribs. My mouth hangs agape, and I struggle not to choke on Anxiety’s scrawny arm. My breathing is shallow, quick, and polluted. My arms and legs are trapped in place by the sticky, gummy tentacles of Depression. All I can do is stare at my laptop that is perched on my overweight thighs, and wish that my laptop will magically schedule social events that will get me out of this terrible fellowship that exists in my studio apartment when Kevin is not home.

“But if that were possible, you know it wouldn’t help. There would just be two depressed people to glare at the lucky bastards with remote work positions in different coffee shops,” Apathy reminded me, now running his hands through my already greasy hair, making it so dirty not even a baseball cap could hide it’s slick texture.

“All of this resistance to being social is literally coming from me, and you should respect the boundaries I put in place for you because they keep you safe” lied Fear.

“ It’s what everyone else is doing,” chimed in Anxiety’s shakey’s voice as she lit a cigarette with the hand that was not causing my heart to irregularly pulse at fast paces. My chest began to hurt. She may be thin, but she is so strong that she can make it feel like a car is parked on my chest.

Maybe this is another reason why the universe won’t just give me a remote writing job. She gets that if I spend anymore time alone with such disgusting company, it would be the end of me. The Universe wants to keep me alive, mentally and emotionally, is what I keep telling myself as I see begin to see freckles of light slowly fill my vision.

“Who is going to like your depressed, poorly dressed self anyways? You can’t even make a decent joke right now. You can’t be fun and exciting. You just feel boring and uninteresting and withdrawn,” Fear maintains the cloud of smoke around my head with ease, despite the gaping hole that Anxiety’s hand punched through it.

“My therapist says that if I wait until I start feeling better before trying to do the things that would make me feel better, than I will be waiting a long time. She has a license and multiple degrees in psychology so I’m probably going to listen to her. Even if what she says is not easy or comfortable in the slightest bit, or barely feasible,” I think loudly. I focus all my energy on removing: first, Depression’s smothering hold around my arms and legs; second, Fear’s cloud of smoke from my around my head; third, anxiety’s suffocating grip on my heart. I gasp for breath as the removal of her skeletal forearms from my throat proves successful, and spit her transparent hand onto the ground.

I let my fist fly at Pride and it forges a path across his leering mouth, causing him to wince in pain as his teeth retract suddenly from the force of my punch before turning invisible to sprint out the front door before a worse fate could find him. Fear’s confidence vaporizes with him as he quickly tries to avoid my attempts to push him into the air conditioning unit that does not sit too far from the couch. Anxiety shrinks until she’s the size of a penny. Tucked into the fetal position on the left side of my couch, I watch with glee as my orange tabby takes the opportunity to rush from the dimension he had escaped to temporarily. Pouncing onto the couch, he uses his paw to scoop her into his eager little mouth crushing her between his strong teeth. He purrs as he swallows, and looks at me pleased with his assistance. Depression realizes how outnumbered he is, flails his tentacles frantically to make it to the kitchen sink, while trying to contract to a size small enough to fit down the drain. My flame-point siamese sees her opportunity to consume the freshest seafood from the deepest part of the ocean, and gracefully traps Depression’s now small body between her white paws. Her blue eyes glow as she rips him into smaller pieces for easier consumption. Her eyes flash as his screams reaches her ears. After finishing her snack, she leaps from the kitchen sink to the couch. Both of my kittens find a spot on either side of me, and I begin to relax into the couch. Meetup.com flashes across the screen of my laptop, and I smile as my cursor finds the search bar. I’ll shower after I schedule a few events in, but for now I celebrate the victory of my pack by happily browsing through a website full of lonely people who are eager for solutions, like me.