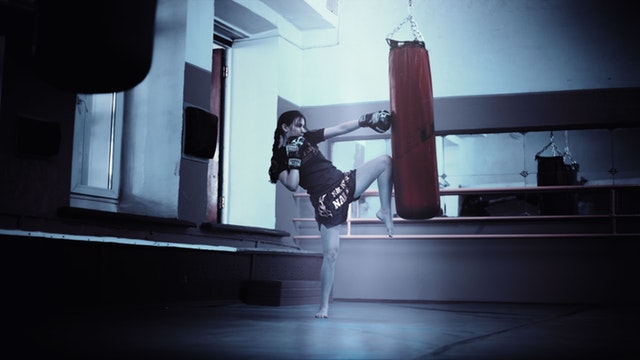 Fiction. Based on a True Revelation of “Turning the Other Cheek.”

As I was brushing my teeth this morning, I had a flashback of your email, stating how offended you were that I had insulted your son, when I had called him a bastard. Perhaps that’s why the truth stung you so badly enough to break your “cool.”

I finally broke through your “cool” persona, while you were doing things to break mine, like sleeping around with a married man…my married man, that would incite anger in me, then you would flip it on me by making it seem as if  I was the one “crazy.”

When you were sleeping with my husband all those months, waiting, like a vulture, to know when I couldn’t stand the idea of being lied to, manipulated by, and gaslit by my own husband anymore; when he would sneak out to your place while telling me he was on a “business dinner.”

These past few months have been so good to me. In addition to traveling across Europe, I have been going back and forth in revelation via email correspondence between the karmic presence of Aaron and Amy, a young couple in their late twenties that reminded me so much of where Sonny and I had been by the time you came into the scene.

Amy kept calling me all sorts of names, namely the words, “cunt,” and “home-wrecker,” which I liberally ascribed onto you when you were inserting your life into ours.

However, I am beginning to understand the term, “turn the other cheek,” when I juxtapose that wisdom with the wisdom of ‘love thy neighbor.”

For the past six months while I was away from the very temptation that tempted you, I had begun putting myself in the shoes of Amy, who represents myself some 9 years ago, during a time when you were the villain, trying to steal my man during a time I was most vulnerable. During this time, my family were going through some hard times, and it really affected me, but I didn’t know how to articulate my needs to my husband.

What would I have wanted you to do?

First, I would have wanted you to tell me the full truth. I didn’t care how ugly it was. I just needed to know what exactly happened. So, I disclosed everything to Amy—and it made Aaron and I look so humiliatingly bad.

Next, I would have wanted you to be the mature one and use your years of experience as a woman (you had 9 years on me) to discern right from wrong. I would have wanted you to bring up time and time again to Sonny how two-timing is wrong. I would have wanted you to stop enabling Sonny in his continual lying and gaslighting of me, even if you did not know me, cause Karma is indeed a bitch. Only the Kali in me knows just how cunning karma can be, striking unsuspecting thieves like a K.O. in Mortal Combat. I made sure Aaron was made aware that his two-timing, lying ways were wrong, sick, and a coward’s way out. I told him to man-up. I told him that a man who cheats on his girlfriend will cheat people out of their money.  I did not care whether or not Aaron liked me, but I made damn sure that he respected me, even if it meant having a healthy fear of me. I called his work to complain about what a fraud he really is. This hurt him deeply, and I thank God for the moments my dad did not let me get away with cowardly acts by holding me accountable, even if it meant he had to play the villain. I know that in the long run, this would prove to becoming a valuable lesson for Aaron. I know that if I had not struck at the heart of his most vulnerable —his pocketbooks and reputation among his fellow friends–that he would have continued to use other women as leverage to “control” Amy. I told Aaron that he messed with the wrong woman, and I hope that when Amy and Aaron continue to move forward in their relationship, they learn to forgive each other the way my parents are doing just that. The key to a healthy long term relationship is to work things out by working things through. I hope Aaron will always remember the deep stab wound I have inflicted upon him, like a scorpion queen who strikes at the heart of every man’s fear, if he ever thinks to use other women to hurt women like Amy and I again.

Next, I would have wanted you to teach me a hard lesson that I would not have forgotten by telling me the ugly truth about myself. You knew everything ugly about me because Sonny confided in you. Instead of telling the truth about my own ugly, so that I may mature for Sonny (because that’s what would have really helped if you sincerely wanted to counsel Sonny in helping him achieve what he really wanted—which was my maturing for him and not for you to replace me), you exploited Sonny’s weakness and the opportunist that you were, substituted yourself as the “mature” woman for him. You had gotten pregnant at a time when I thought Sonny and I were still working things through.  When Amy finally confronted me on social media, I told her everything ugly about her that I knew I once had 9 years ago—I told her she was immature, entitled, self-absorbed, self-centered, critical, low-self esteem, superficial, and constantly self, self, self….I told her something that would help her build herself up in the long run by first tearing her down—specifically the façade that she was a good girl to him. She wasn’t. Just like I wasn’t a good girl to Sonny. I had major insecurity issues, and I did not have the tools. I did not know where to begin. All I knew was that I needed more time and a safe place to improve.

I validated what she had suspected of herself all along—she lost her inner voice. I gave her the one advice that if she took it, it would make all the difference in the world for both of them: I said, “Aaron wants to be with me because I have what you currently don’t have—authenticity.”

I’ve learned how to go straight for the jugular. I’ve learned from Sugar, the Akita, my first dog. Sugar is quiet, friendly, and loves to play, but when it comes to hunting, she is deadly, serious, and accurate.

Next, I would have wanted you to reveal your true intentions as a manipulative, evil woman. I did exactly that. I knew exactly how evil I could be. I knew I was no better of a woman than Amy was. I had the competitive edge of “newness” over her—of non attachment that was so easy given the beginning phases of any relationship. However, that doesn’t mean that I was any “better” of a person than Amy.  I had to call out the intentions of my own lustful desire to procreate because tick, tock, biological clock, even if it meant stealing a youthful man to what belongs to a woman who has invested seven years in his good, bad, and ugly all this time.

From that tick, tock, biological clock space, I finally had compassion for you.

I’m beginning to integrate my shadow as a result of the choices of right actions to take. I’m beginning to embody the two lessons—”love thy neighbor” and “turn the other cheek,” and I’m reading the book, “Women Who Run with the Wolves.” From page 395:

“Even though choosing poorly could be seen as a pathologically self-destructive act, it far more often turns into a watershed event that brings vast opportunity to redevelop the instinctive nature. In this respect, though there is loss and sadness, the poor bargain, like birth and death, constitutes rather utilitarian step off the cliff planned by the Self in order to bring a woman deep into her wilderness.”

Looking back, you were the herald, the old wench that sought to break open the naïve psyche of the young maiden in me.

Now this young maiden has become a wizened maiden—an iron maiden on her maiden voyage.

I realize that even in the depths of my alchemized shadow—in the seething, bloodlust, hatred I have towards you—I had somehow managed to meet God in hell. There, He gave me the missing piece my soul yearned to know—the road to redemption, the flight of the Phoenix, the crown of the queen in Game of Thrones—the Mother of Dragons. That is the Holy Grail I have become awakened to on the journey of searching, en route, in purpose, meaning, and depth—a Call greater than you and me, more profound than the rivalry we have, and more transformative than anything I originally could have asked for.

I thank you dear sister, the herald, in becoming the activator to my iron maiden voyage.

P.S. This is me turning the other cheek.

adulteryforgivenessredemptionTaking Responsibility
You May Also Like
dauntless (a note of gratitude for the ephemerality of life)mj@thelovestory.orgJanuary 7, 2022April 26, 2022