“The Lowest Score” Fiction. Based on a True Suicide Attempt. 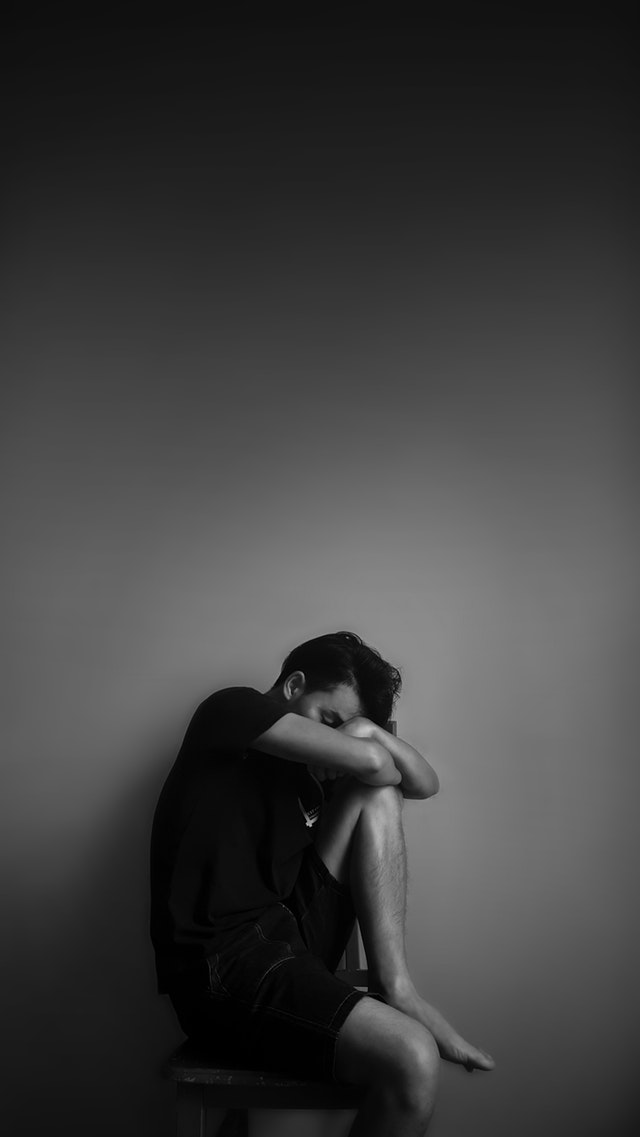 “I was numb, I was almost like playing dead. It’s just what happens, literally when you’re like…’I’m going to play dead for awhile’ Okay it’s over? Okay, continue…”

Fiction. Based on a True Suicide Attempt.

You failed the true and false exam so God dropped the test score.

Life is an endless ebb and flow of second chances, even when you don’t want it. You were forced a second chance at life when your right foot broke.

It broke after wrestling the cops for their gun.

It broke because you took a step towards the kitchen to end your life.

You decided that life was not worth living.

The voice in your head asked you this True/False question:

“God is Love,” followed by the question, “True or False?”

You were on your knees, in the living room, on the phone with Diana, but it wasn’t her voice who asked you this, nor was it your voice.

Regardless, you thought about the question.

You hadn’t slept for three days. Perhaps it was the Prozac and alcohol in your system, perhaps it was your illuminate boyfriend who had placed a blood sacrifice curse on you, powered by the eleven psychics who told you to choose him nine months ago when you had to chosen revenge over happiness by choosing the image over sustenance. Perhaps it was seeing the love of your life with the other woman who took your man and your dreams with you when you ran into them. He was pushing the stroller to the beautiful baby girl. And you both sat across from each other. He was gently rocking the stroller while you were grading English papers for the fifty so students you had.  The woman did not just take your man, but she took your family too.

You were bitter, broken, and angry.

Whatever the case, you knew that you were in the middle of a spiritual tug of war between light and dark supernatural entities, and the True/False question was about to determine how this love story continues or ends.

You knew that you had already ended your life in this fashion in another lifetime in the name of love, but you was told by heaven’s angels who passed through you via intuition that you still had a choice in this matter in this reality.

The Daemons Were About to Manifest

You felt any second now that the daemon, Loki, would manifest in the room you both shared. You began praying to Jesus.

“I know we haven’t talked in awhile Jesus, but I have a feeling that the daemon is going to start manifesting. I don’t want to see it, Jesus. Please make it go away. Show me what I need to do.”

You felt kind of silly praying to air.

You went to church before, the music felt good, and it helped you cry out a lot, but this…this felt super weird. You don’t want to die, but you have this sudden urge to die.

And it became more than just an urge. It became a need. Like dreaming with a full bladder, you’re looking for the restroom to relieve yourself.

Wait no, this is the illusion. You tell yourself. The voice is deceiving you. You’re in a spell. You picture Sleeping Beauty and the spindle. You realize it is a spell. Yes, Loki has casted this spell on you.

You pick up the phone and call Lisa. It was eight in the morning and she was getting ready to teach her first period science class.

“Is everything alright?” she asked.  “Yeah, I just want to say I love you.”

“I love you too. Is everything alright?”

You wanted to tell her that there’s a daemon in your room and you are in serious consideration of killing yourself. But you are too embarrassed so you tell her that you have to go.

They think you are crazy.

They are scared of you.

Why don’t you just prove to them that you’re not dangerous and just leave?

I’m just talking to demonic voices who are persuading me to end my life at this moment.

How the fuck were you supposed to tell her?

“This is just another matrix, another reality among many realities, and we are slaves to this reality,” you say.

The truth rushed in like a tsunami, crashing silent and loud.

Just another clustermindfuck. God hates you. Cause if he loved you so much, why did he design you to go through this, again and again?”

“You’re right,” you said back to Legion. “The system is rigged. I want to get the fuck out of here.”

“What?” Diana asked. You had forgotten that she was still on the line with you.

“Diana, I have my final answer. The answer is false. I have to die.”

You were on your knees, in the middle of the living room. You looked over at the kitchen knowing that this was it. With your right foot, you took one step forward.

As if on cue, there was a loud knock on the door. Your roommate happened to be home eight in the morning to answer it. The cops had beelined straight for you, no questions. You didn’t realize how determined you were. As if something had possessed you.

When you were at the hospital hours later, the nurse had told you, through the grapevine, that it took three cops to hold you down. You were like a lion.

You only noticed your broken right foot when you wanted to go to the restroom but realized you couldn’t walk. The cops had handcuffed you and tightened it so hard that your hands turned purple. You wanted to protest, but your entire body felt like it was being peeled away in sulfuric acid.

The veil of life’s secrets had briefly lifted up for you to peak into it, and you saw the vivid images of lynchings, wars, slaughterhouses, speeches, movements, family dinners, births, and deaths flash before your eyes. You looked up at the clear blue sky whilst getting gurneyed from the third floor condo to the ambulance at the base of your luxury condo complex, and you had this understanding that someday, the man you loved would see this moment. You had imagined him watching you through a flat screen tv, at a sports bar, while waiting for his next flight at some airport for some business meeting. He had an aerial view of a black and white officer pushing the gurney of his crazy ex wife handcuffed, screaming and looking directly at the helicopter cam, “I forgive you!” to him.

Perhaps that’s why you screamed at the white clouds while they were gurneying you away. Flashes of truth came rolling to you in spurts of rapid sequences–images of effigies burning, wars, anger on the streets. Then things were rebuilt, then demolished, then rebuilt, rebranded, same materials, same elements, new names, more labels, causing more labels, and judgements justifying how one is better than the other, when all of it were illusions.

We are all the same soul in different disguises.

You looked at the black officer to your right and the white to your left, and you started laughing as you blurted, “Don’t you guys understand? We are all the same.” I saw glimpses of people’s roles over the eons of time. One minute we are the predator, next the prey. One minute, the observer, and the next the observed. What’s the point of these constant role switching, the ups and downs, the ebb and flow of growth and shrinkage? It is our search for love. Our skin color, our car brands, our clothes, our social status, homeowner, LGBT, Chinese, Japanese, dog lover, cat lover, wtf. It’s all stupid to label, box, and then determine value from what we label. It’s all encompassing empty and meaningless.

If it’s all empty and meaningless, then what are we here for?

What are we here for?

WHAT ARE WE HERE FOR?!

They transferred you to a mental hospital for a three day observation, and when you got out the incident played out like a vague dream: The red rings branded around your wrists served as a reminder of just how determined you wanted their guns. While inside the ambulance drive, you were still reaching, willing your wrists to break through the metal chains to secure that black piece of equipment that could help you exist this matrix on.

But instead, you were burning like battery acid injected throughout your body, knowing that something is witnessing your every moves. You knew you had to forgive right then and there to make the pain stop.

“I forgive you,” you keep on saying.

You pictured the newfound family he had with the woman. That’s his wife now. Accept it. You picture him happy, free, and loving. Despite your resentments, you just want him to be happy. Why? Because in the end, you love him.

Perhaps that’s why God forgave you for trying to end your life. He had dropped your lowest score.