“The Great Teacher” Fiction. Based on a True Breakthrough.

“The Great Teacher” Fiction. Based on a True Breakthrough.The Love Story CreativesApril 23, 2019April 23, 2019 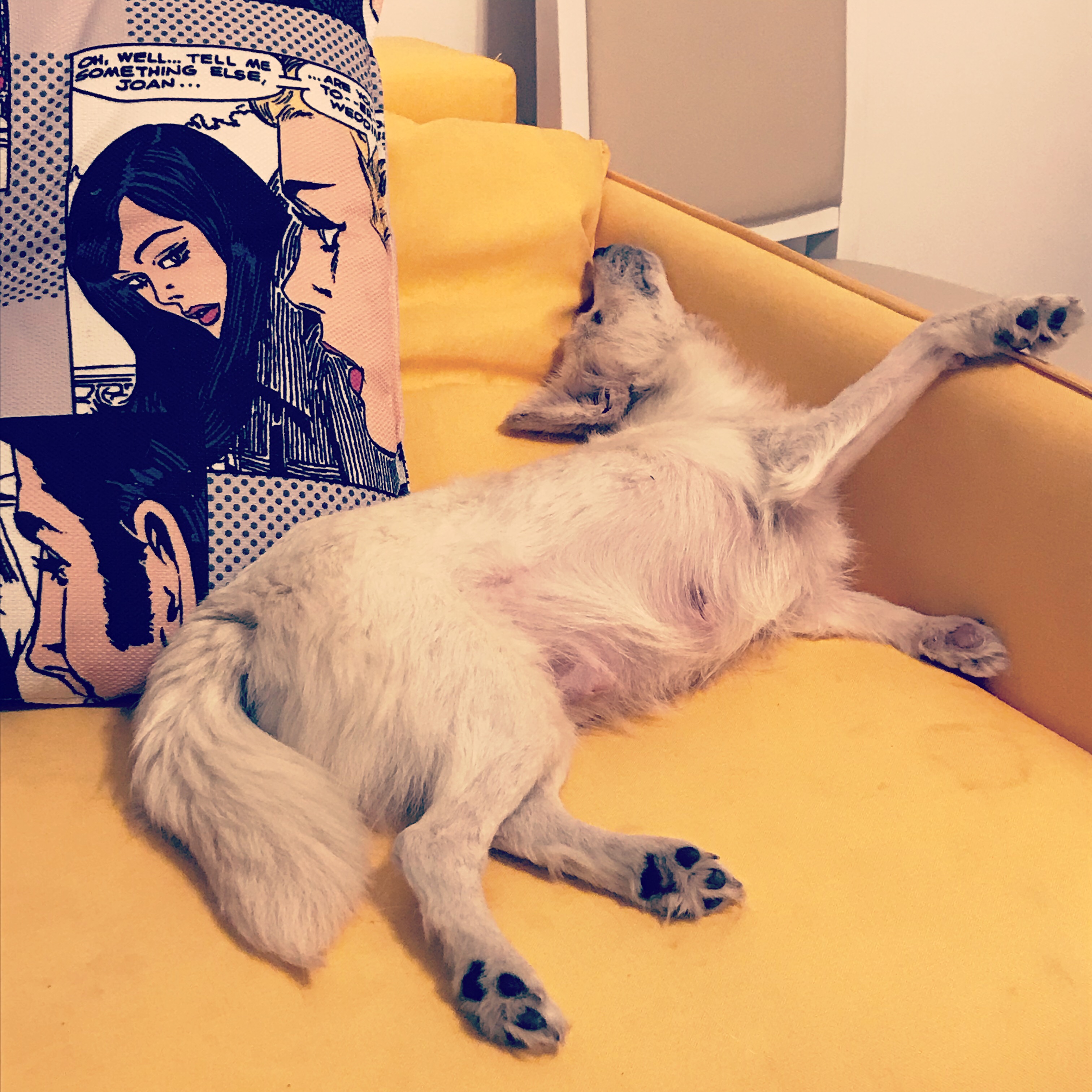 “All of our great teachers always spoke about the dualities….how necessary it was to embrace both…it is such a trip to embrace both without overdoing it on and without fooling yourself.”-Nahko

Fiction. Based on a True Breakthrough.

You see a beautiful dog with her brown puppy and automatically think of Amy protecting little Aaron. You don’t know why you think that but that’s the first thought. Perhaps because the dog is blonde and the little pup is brown. One of the last things Amy said to you is to stay away because she will defend her home, implying that she will kill you and call it self-defense so she can get away with murdering you.

Still, you thought the picture of the mother and the pup was endearing. The next day, the mother runs to you and you notice that her left arm is shriveled and she’s hopping and limping towards you, begging you for something. You think it’s because she is hungry so you go back to your condo and bring out two bowls of dog food, one big one and one small one. The small pup eats from the big bowl and the mother resigns to the small bowl. She reminds you of your mother who would easily do that for you.

Thought I would be just observing when…

Probably one of the best ways of helping while in Montenegro…

Then, you make the journey to buy the salmon at the grocery store where they sell frozen salmon for six Euros a package. Sweet deal for Salmon. There, a blonde dog comes running towards you and starts following you as if you were his owner. You also know what he wants. Food. It’s his hustle. You oblige. You come out with food for him. He follows you to the place where you are staying, where the mother and her puppy reside. You tell the blonde dog that you think they would make a great couple. Perhaps, he would father her child since you think she’s a single mother taking care of her puppy. You lead him to your place. It was a fifteen minute journey and moments where he hesitated, you whistled at him to follow along. By the time you get there, the mother and her pup is no longer around.

Then when I was running ?‍♀️ a friend came to join me…

Next day, you see the mother lying motionless on the street where you last saw her. Her pup is nowhere near. She is crying. What’s wrong? You go over to pet her. Where’s your baby? You ask. Out of the corner of your eye, you see guts splayed on the street with a swarm of flies over the brown pup’s body. His neck bent backwards, as if snapped, and as you look closer it seems that some creature has mauled him. It did not look like he was ran over, but it looked as if some creature had broken his neck and peeled his skin open from the neck down.

You think perhaps it was the nice male dog you had invited back to meet her. Perhaps, you thought, he wanted to mate with her and thought that by killing the young pup, he would have a fresh start with this bitch.

Still, you felt moved enough to bring her home with you. You wore the monk bracelet you had found in the garden where you visited Ostrog Monastery, so perhaps that gave you some crazy supernatural power to pick her up, take her to your shower, clean her, feed her, have her dry up on your marble heated floors, and have her spend the night with you and Roxy.

She was crying all afternoon and evening in shock for the loss of her child. In some strange way, you could relate to this void…this what could have been but now is not sentiment. By the morning time, she was crying for something else. You take her to the “yard” where the private beach is. You watch her and she is wanting to escape. You follow her and when it looked as though she wanted to run away from you, you would pick her up with your towel and bring her back to the “play zone.”

You were determined to take her to Dr. Dolittle, the miracle vet in Budva where the good doctor fixed Roxy’s breathing problem. There, you would pay for her shots, get her dewormed, so she may be ready for transportation to travel with you. However, she begins to whimper. You head back to the condo with Beauty, which is the name you now have given her, and Roxy, but the backyard gate is locked. You started looking for ways out. Your phone was in the condo and for a moment you thought of the possibility that you would be locked out at this private beach for the evening, so you started looking for other ways of exiting. Roxy began following you left and right and by the time the gardener noticed that you were locked out, you noticed that Beauty has completely disappeared. You look for her with the Gardener for the next twenty minutes but no luck. Even the Property Manager’s daughter came with you, this time with a flashlight, looking out at the black Adriatic sea, among the sharp rocks, and the crashing waves, with no traces of Beauty. You head towards the neighborhood building and see a white dog with orange spots. It looked like her but was not her. He was a bigger, furry, male version of her. He had spotted you while you were looking for Beauty.

The next day you find Beauty next to the same furry dog that you saw the night before. He started barking and growling at you. He knew you tried taking their queen. There were two other male dogs that showed up alongside him, including a big black dog probably your size if he were to stand up. Together they made a pack of four dogs, three male and one female. She was the queen and you had tried taking their queen from them. You thought maybe you were trying to rescue her from a harsh and unpredictable street life, but perhaps you were also robbing her of any choice to be with her friends. Perhaps she did not want to live in a golden cage with you and Roxy. She’ll always have food and shelter, but she’ll also have left behind three male dogs that perhaps wanted to procreate with her in the future.

Suddenly, you did not feel like a savior anymore. Suddenly, you felt like a dognapper. You even started to resent her for playing the perpetual victim. She gets to play helpless on the street for food then when you rescue her, she gets to play victim as if you are trapping her. There was something about her that really bothered you. Yes, you wanted her to join you as part of your family, but you don’t want her to resent you for the rest of her life. It has to be her choice.

The fluffy male dog with the orange spot starts barking at you, which makes you bark at him, your chest puffed up, and this at first intimidates the rest of the dogs, especially the big black dog, who you are most afraid of, but you know that to show fear would be the death of you, so you get even more aggressive and wild in front of them, not caring that neighbors were watching your bravado facado.

The second time you took Beauty was when the spotted dog and his buddy were out begging for food where the rich were eating their dinners in front of a luxury hotel overlooking the Dobra Voda public beach. You were just finishing up with groceries and Beauty was being guarded by the big black dog. He was sleeping, so after you packed your groceries away, you took a towel— the same towel you used to dry her after the bath, and wrapped it around her body and took her back to the condo with you. There, she stretched on the couch, meditated on the balcony, and ate food and drank. You left her at the condo when you and Roxy went to the private beach again. From a distance, you could see that all three dogs were sniffing in search of Beauty. It was at that sighting you knew that you were the dog-napper rather than the rescuer. Somewhere in the middle of the night she started to cry again, so you let her out where she headed back to where her friends were.

These things are always complicated. You realize perhaps even a judge to assess whether or not your actions for adopting her are good or bad is quite complicated. You know that at the end of the day, it is about respecting sovereign will. If Beauty can not see past a life without the companionship of her three male dog friends even at the expense of a life with uncertainty, homelessness, and street wilderness, then so be it.

It’s not up to you to impose your beliefs, your vision for her, your access to give her the very thing she needs if she doesn’t want it.

That’s when you knew it was time to finally let go of any fantasies you had about helping Amy out of her own victimhood. She couldn’t see beyond her own weakness, her own desire to be the center of attention as the weak bitch, not wanting something better for herself, but rather wanting something horrible for herself so that she can always be rescued. The little brown pup that reminded you of Aaron ended up getting killed under the weak leadership and the inability of the mother to protect her pup. And you could not change the mother’s mentality. No, you can’t take her with you to Bosnia-Herzegovina, to Croatia, to Rome, to Jerusalem, to America, not against her will.

What you could have done that day you had the chance to feed both of them was to take her brown pup and bring him home. At least if you had done that, he would not have died. And she would have gotten what she would have wanted all along—a victim story so others can feel sorry for her. 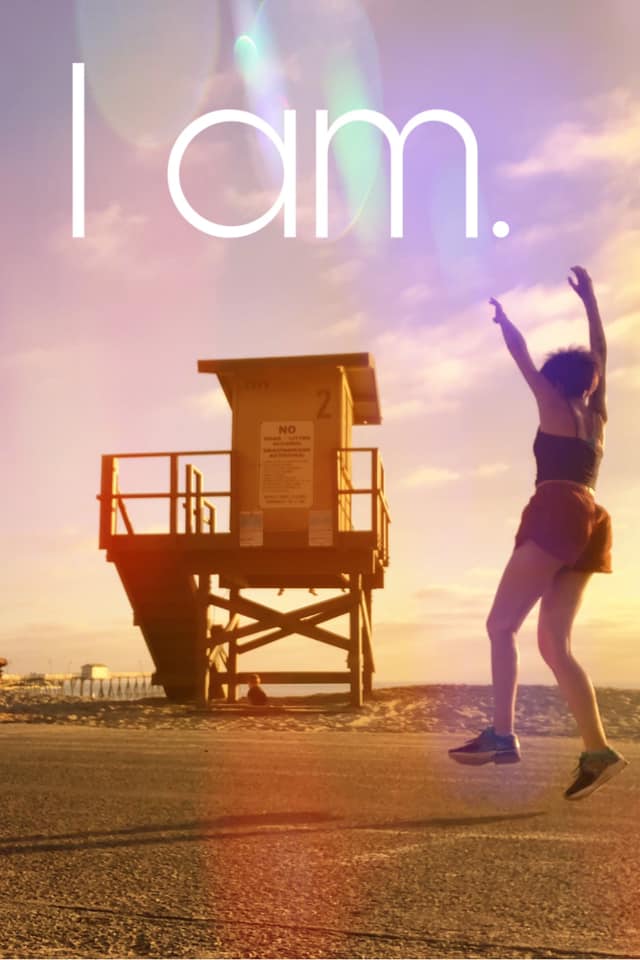