“The Good Fight” Fiction. Based on a True Dinner Conversation at True Foods. 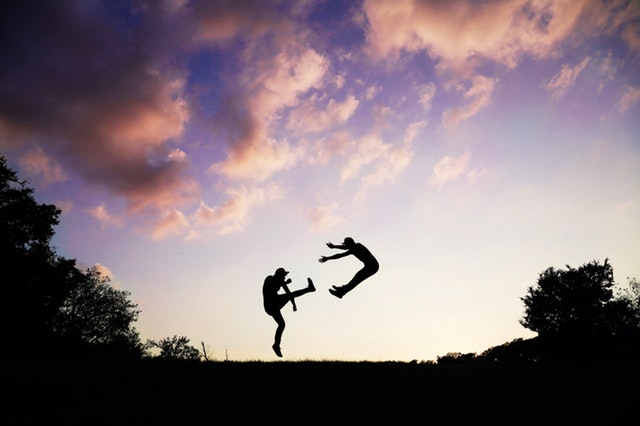 Fiction. Based on a True Dinner Conversation at True Foods.

You look next to you and there are two Asian girls studying their 4 AP exams–Chemistry, psychology, US history and English Lit at a Starbucks where you are crunching numbers for The Love Story organization. Are what we are doing all supposed to mean something? You had taken those classes some eons ago. Back in Junior year of high school, those “Advanced Placement” classes were the pinnacle of your highest aspirations. You knew the highest goal since you were told in middle school was to get into a good college. That’s all your parents really emphasized. They took care of the rest for you–cooking, cleaning, working, all of it. They just wanted you to go to a good college, get a good job, and meet the man of your dreams–smart, handsome, colleagic. For a while, it did validate you that you’re somebody, perhaps more superior in intelligence than other people? And since your encounter with God in 2013, you realize, what does it all that prove?

That you’re a miss know-it-all. Pretty self-centered, self-absorbed, and ego-centric. Really nothing. It proves nothing.

What really matters is love.

You think about your business and your busy-ness that you are running–running, running, you’re always running. You realize that you are at the fine line between calling it a pipe dream and calling it a multimillion-dollar idea, that with the proper execution, the proper connections, and the proper luck, it will take off.

Last night, you were having lunch with the former PR person for Steve Jobs. You realize that you two were in the same joke living for the same punchline.

“Oh, insufferable. He liked me though cause I would push back,” he said.

At that, you smiled. The both of you were addicts breaking bread on the last legs of our time here. Make it purposeful.

He’s out of a PR job. He just started his own PR firm but has no clients. He’s thinking about working a retail job at Wholefoods and had spent the last few months looking at random posts, Linkedin leads for his PR, even though he wants to continue with the wearable heartbeat app.

“So let me get this straight,” you say to him. “You spent the last few months gaining leads to your PR company so you can make income for yourself while living off credit cards and looking up retail jobs?”

“Do you see what’s missing in this picture?” you say. “You just spent the first 30 minutes telling me your possibility of the Connections for Babies idea because that is your story. God gifted you that test to turn it into a solution for others. It’s no longer about you anymore. So how come I have not heard any stories of you actually executing on this possibility?”

The silence was a stark reminder that you were speaking for both of us.

Truth has a vibrational ring to it.

It’s all in the execution isn’t it? you realize as you are writing this journal entry.

“God put me in this 9-day hold recently to remind me what’s important. He’s gifted me the task of executing on the project He tasked me to build. Do you know when I was in the psych ward, there’s a girl there–smart, bright, and a true spoken word artist. She’s being ignored, dismissed, treated like some kind of leper, and forced to take medication when she made too much “noise” and forced into artificial isolation? They are torturing her on the inside. I need to execute on The Love Story to prevent this from happening to people like her.

The mental health system is broken and God is hearing all the screams, cries, and anguish of His people. For a while, I was beginning to doubt my purpose and I started drifting into other ideas, but I had to go through the psych ward for the fourth time as a reminder of why I’m given a second chance. This is not just about “building your own business,” this is about redemption of your soul by paying it forward.”

He was quiet. Pensive. Attentive.

“Do you realize that it’s not about you anymore? I had to be there because prior to that, I was half-assing Love Story and making it about “look at me, I’m so cool,” and then I had to get cut down so I can see that it was God all along who was working through me to bring out these possibilities, so I can stand with courage and speak for the hurting and voiceless because that was me in 2013. That was Alejandra in 2014, that was Franklin in 2017, that was Chi in 2018. These are real people with real stories, and …” you go on this rant, but you know you’re onto something.

Once upon a time ago, you had experienced some sort of sick satisfaction in trolling your former so-called partner, who wanted 40% of a nonprofit that he couldn’t even tap into the concept and depth of what this organization is about.  40% of what? It’s a public benefit corporation. The public owns it. You laugh at the ridiculousness of his proposal.

He was completely oblivious, blind to service in the guise of serving. Still, even if this was a for-profit enterprise, you would have offered 10% only after he had worked his butt off. You realize he had watched too many movies like Wolf of Wall Street and had glamorized too much of America’s hyper-capitalistic systems. As much as he hates this about America, the seduction of power and the delusion played out by blind ambition blinds him.

Most of the players who talk a big talk come to capitalize off of other people’s energies. After all, that’s what the top “players” in this world value as “winning.” You remember the asshole “Angel” who was at Franklin’s vigil that evening. His whole entire aura screamed filth. You wanted to get as far away from him as possible–a man completely soaked in his wicked arrogance. You abhorred him because, in some ways, he reminded you of what you could one-day possibility wind up being without the help and guidance of God. You hated him because he was a stark reminder of the very sin you are fighting–self-serving greed.

It’s an ego-driven world, sin-filled world. But you are reminded to hate the sin and not the sinner. But it’s so tempting to hate both. Hate has its own addictions. To deny the root of today’s inequalities, angst, and ills while discounting sin and the ego is turning a blind eye and playing dumb to survive and climb the top of the pyramid of empty and meaningless. It’s empty and meaningless because you’re creating for yourself, acting as your own gods, knowing good and evil, as what the original sin has promised.

When you ask God to co-create with you, that’s when true meaning sprouts like tiny mustard seeds.

It’s the glorification of human greed, like Wolf of Wall Street, how rich people can get away with screwing other people over with their false words, that is the root of today’s social ills.

To not call it out, to not take action in creating something counterintuitive to this, is to be part of cancer.

Collectively, we as human consciousness, must first take recognition in the falsities, the niceties, and false niceties of polite society. They run Machiavellian tactics, and for the general population who choose to play dumb or choose to be dumb down in the name of playing the same non zero sume game, is also choosing to the left hand of empty and meaningless for the payoff of being as your own gods.

The truth can only be revealed through fiction. Because in this non-fiction world, there’s too much deceit, forceful threats, and forces that want to shut anyone from telling their respective truth. Inside the realm of empty and meaningless, the endgame is power without love–empty and meaningless power if truth is indeed morally relative. Calling someone crazy is a weapon to keep them silent like Silence of the Lambs, and really, only Jesus Christ is the Good Shephard qualified to lead the flock. All others leaders, the wolf in sheep’s clothing, will lead the sheep into death and destruction.

So you are at the computer, typing away at ways in which you could concoct some sort of platform that allows for a voice –the voice of those who are too afraid to say what’s really been on their minds, things that they’ve been putting off, dismissing, repressing, to function among people play a zero sum, empty and meaningless, morally relative, game.

“You’re complaining too much. How dare you talk so much shit. You should be grateful because at least you’re not in some third world country living in literal shit.”

Your ego speaks. You know it’s a reptilian energy. It is a foreign substance that has latched onto you when you choose to descend down to this planet in this avatar to carry out God’s mission. Now that you’ve been activated, you got no more excuses to go back to sleep. The war is happening whether you like it or not. Now play. Fight the good fight.