“The Fuckening” Fiction. Based on a True Thing That Happened

“The Fuckening” Fiction. Based on a True Thing That HappenedThe Love Story CreativesAugust 16, 2019August 14, 2019 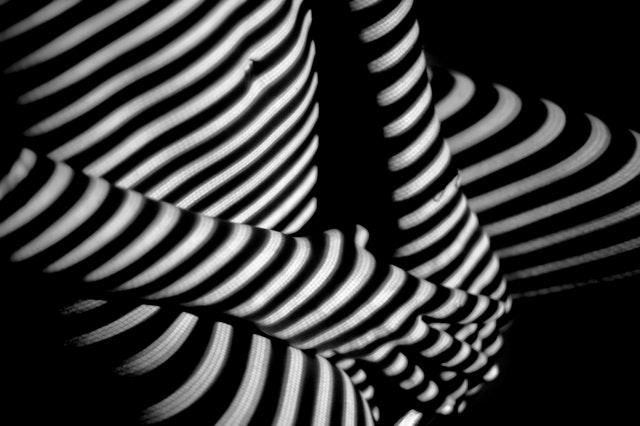 “I am here today not because I want to be.” –Christine Ford

Fiction. Based on a True Thing That Happened

This week has been, to quote my favorite professors’ FB post, a fuckening. Why? BC so far I’ve been able to hold myself separate from the #metoo movement. I told myself that I’ve never been the target of sexual misconduct (well, maybe I have. But it was just my grandpa’s habit of peeking into my shower, or grabbing my crotch and breasts. But it wasn’t rape, so was it worthy of the #metoo label? I thought not) I felt I could sympathize but not empathize with #metoo. Now shit has shifted, and not for the better. The fuckening of which I speak.

Dr. Christine Ford’s truth, her story of misconduct told in a mix of analytic science and human emotions on the stand, called me out in my withholding. Penetration isn’t the only form of violation. Expectations harm. Guffaws wound. And acquiescence because it’s expected may be the most devious and subtle transgression of them all.

I am absolutely NOT discounting the pain, terror, and broken trust ‘penetrative’ rape victims feel. I am NOT devaluing stories of abuse. What I am doing is saying this 40-something cisgender female who grew up in an era where masculine favor was needed to get ahead, and wearing attractive clothing was ‘asking for it’, is JUST NOW understanding that how those social norms impacted me. *smacks forehead* **hard!**

Grandpa intruding into my shower aside, I think back to age 16. I was young and naive but didn’t realize it. After a falling out with my father I lived on my own. I went to night-school and worked full-time during the day. I read sci-fi, listened to LPs, and did homework. I had no idea what I was in for.

I was ‘dating’ a 21-year old known as Doobie Dave. Now, I understand it was just sex, but at the time I thought it was love. I asked my father if I could marry Doobie Dave, and I’ll forever be grateful Dad said absolutely not! Still, Dave and his social circle impacted my life in other ways. Once, the 40-something male manager of the motorcycle shop Dave hung out at asked me out for a drink. I agreed, because wow! I was validated! This mature man wanted to know me! Yeah, he wanted to ‘know’ me alright. When I got to the address it was a cheesy motel in a run-down section of town. I went in, and things proceeded as you might expect. The whole time I laid there under him I thought to myself, you should have known better. You asked for this. By being here. By acquiescing. Shut up and let it pass. (fortunately, it wasn’t painful, as he was a ‘tuna-can Tommy’, short and girthy he couldn’t go deep enough to do damage. It was just gross and sweaty and hairy)

I never told anyone about that night. In fact, I can’t even remember the dude’s name. I can remember the black hair on his barrel-chest as it smothered me. I can remember the words he used to soothe (read: paralyze, sway, convince, or otherwise persuade) my 16-year old soul. Because it was my fault, right? I hung out and partied with these guys. I went into that room. I didn’t even really say no. I was too shy to say no. I was taught by my grandmother that women turn the other cheek. The women of my generation, Gen X, were taught our value lay in our attractiveness. Our usefulness to the patriarchy. Our ability to please. Would we make a good assistant in the office, a good wife in the home, and give good head in the bedroom? Those were the metrics, and we were expected to meet these KPI’s to prove our worth.

And now I’m like “fuck that.” What Tuna-Can Tommy did was rape of a different sort. If consent is the metric by which we define rape then I inadvertently gave mine away. I disallowed the definition based on the social norms taught to me. I wasn’t taught to say no. I was taught a girl gets what she asks for and, apparently, in that paradigm, I asked for it. Again, here’s where I say Fuck That.

It wasn’t OK for grandpa to pester me in the shower. It wasn’t OK for someone 20 years my senior to prey on the insecurities of a teenage girl. It’s NOT FUCKING OK! The funny thing is, Tuna-Can dude apparently got busted. About a year after my encounter with him, I got a visit from a detective who wanted to know if this man had ever raped me. I told her the truth as I understood it at the time. It wasn’t rape. I didn’t say no. I didn’t fight. I let it happen in the hopes I’d be liked, pretty, loveable, accepted, and valued.

Dr. Ford’s experience reminds me of my own. It brings up shit, literal shitty memories, I thought long gone or buried. Now I find these moments aren’t gone, they’re indelibly burned into my hippocampus. One women’s bravery has reduced me to tears, and the political response has made a fuckening of my week.

metooSelf-worthvalueWaking Up
You May Also Like
dauntless (a note of gratitude for the ephemerality of life)mj@thelovestory.orgJanuary 7, 2022April 26, 2022