“Silence of the Lambs” Fiction. Based on a True Convo 2016 Elections. 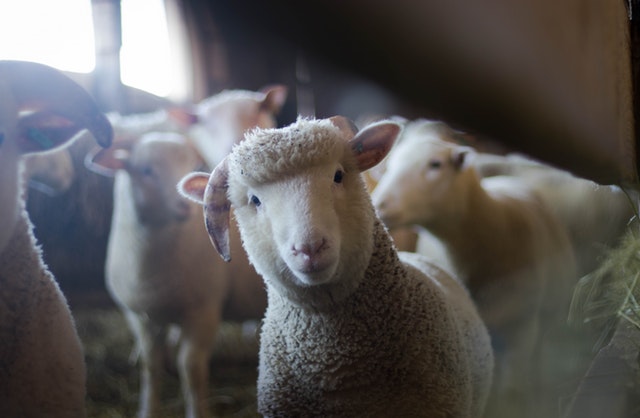 “Silence of the Lambs”

Fiction. Based on a True Convo Prior to 2016 Elections.

“It started to build up, and it got to a really dark place.”
-Matt Milano

How do we shape the culture?

Branding. Lobbying. PR.
“It’s gotten us twisted and fighting for our own self-destruction.”
Shut up.
“Did you forget that it was the Republicans who were Anti-slavery?”
Shut up.
“Yet, how did we get to a point where we think that the Democrats were the advocates for racial equality?”
You’re sounding really ignorant right now.
And now the extreme left are fighting “neo-nazi fascists” while being fascists. Once you can label, box and dehumanize others, you give yourself a green light to commit violence, moral depravity, and acts of immorality (rape, sexual assault, etc.).
Okay, I don’t want to talk to you about this.
It’s strange how we falsely perceive humans with more money as humans as more valuable than others. The proof is in the pudding. Just take a stroll through skid row. The reason why I get depressed a lot of times is that there is a cult-ure of pretension among those who dress up and go to exclusive cocktail parties that we are invited to.
Are you okay? You’re acting really strange right now.
When I think of the word, “Elite,” I think of the word, “Pretension” or = Pretend while in tension.
I was making her uncomfortable.
“Ever been to a social mixer at an elite party? When you’re in the system, you don’t notice it because everything is “just fine.”
Our relationship was limited to making small talk.
That’s elite signaling.
Making small talk about your products, what you’re wearing, and what car you are driving, etc.

Branding is a calculated way of painting a picture that you want the public to believe, whether or not that picture is actually consistent with the reality of what is actually true. Truth is a moot point because the point of Branding is to enhance the economic return, aka “profit,” for the company or business owner.
Branding is the manipulation of human desire in wanting to buy their “product.”
If you think of animal meat as “product,” what’s to stop the next perversion of human history?
Baby meat.
“Dead aborted fetuses turned into cosmetics products for older women to stay younger to attract the men who perceive the world in brands, products, and physical attractiveness.”
Vulnerable men, women, and children as “sex products.”
My anger at myself for not speaking up for fear of disrupting my “normal” life in polite society, with polite company, some of whom have been made rich off the backs of human and animal suffering, but how the fuck would I know who they are? Not all rich people are bad people or have done horrible things. However, we walk among them, we break bread among some of them, we publicly admire them because some of them are public figures.

Some of my so-called friends won’t even take the time to read what I’m about to add in the screenshots. During the election, they were all pro-globalist, Anti-God, Pro-Social Darwinism, and the end justifies the means mentality, then we get these bombshells like these… 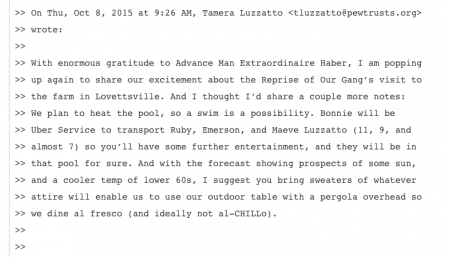 Think for yourself.
Why the fuck would the mention of underage children in “heated pool” and “further entertainment” be in the same sentence?

So I urge my “normal” friends to take a hard look at the system we are all part of. We are all complicit in this. Whether you have felt something was wrong, but looked the other way, or you were given a link to read something around this topic, but you clicked out because you didn’t want it to “ruin” your mood.

There are children who are systematically abused, tortured, and killed, and the criminals protected under the powerplay of elites who collude with big money.
We are all complicit in the killings. Even those who have never touched a child, but we watch and don’t do anything about it or don’t say anything.

When I think of someone who completely believes in the god of science, I can’t help but think that this person walking along the path of a sociopath. Why? Because to be truly scientific and godless, one is to make social Darwinism, Eugenics, and the “survival of the fittest” mentality its god.

For those who do believe that we are all God’s children, we can’t grasp how anyone, let alone an entire worldwide network of powerful elites, would allow the innocent to be sacrificed.

Occam’s razor: Ritualistic sacrifices are given to dark entities for power.
That is why there is an entire shadow organization where human trafficking is a growing epidemic that has not been solved because it is
…an insatiable need to import children to power the dark energies.
…an entire country complicit because its citizens either condone or look the other way or both.
For the godless, this is about human evolution, social Darwinism, and the great culling in the name of scientific greatness.
#Transhumanism,
#BioSyntheticEngineering
#ArtificialIntelligence

to further our species because god has obviously let us down, or why would he allow such atrocities–great human, animal and environmental suffering to occur, in the fight for survival in this god forsaken planet?

The idea that life is empty and meaningless, and that things that happen are just “what happened,” gives you a slippery slope into a self-defeating, nihilistic worldview that there is just reality that is void of any meaning. Your entire life’s purpose is meaningless.

For the God-centered, this is about the great spiritual battle–the war within–the battle between good and evil, of heaven and hell, of saints and legion, of human enslavement and human freedom. I like this new narrative. It’s invigorating. It’s adventurous. There is a hero in all of us grounded upon this narrative.
I was researching human trafficking since there are three amazing people in my life who are involved in reducing it.
I looked into the pedo rings among powerful groups in Hollywood:
and in the U.K.:
and a documentary on Snuff, A Documentary about Killing on Camera.
Why am I depressing myself more you would probably ask me.
After all, normal people don’t look at these things.
I would retort, yeah, but normal people are typically those who look the other way so they can continue living a “normal” life.
Looking the other way doesn’t make it go away–it only exacerbates the problem.
And if I were the live my mission–which is to transform pain, rather than avoid it, then one must move through the pain, learning anti-pain, like learning how to counter venom with anti-venom. Yesterday was the most opportune time to look at “depressing” things because it gave me the opportunity to live with my eyes open.
What if one could look evil in the eye and still hold one’s ground?
A few good men do.
I haven’t yet seen it in people.
I, among most of the friends I know, have been living in a comfortable bubble, where troubles, violence, horror, and drama exist somewhere out there, and I get the privilege to take a peek and change the channel should I choose.

The Pharisee in Us All

I realize that we are living in the time of the Pharisees–where the power players make a show of “their piety while failing to put their own piety into action.”