“Shower-Cower” Fiction. Based on a True Crying in a Shower. 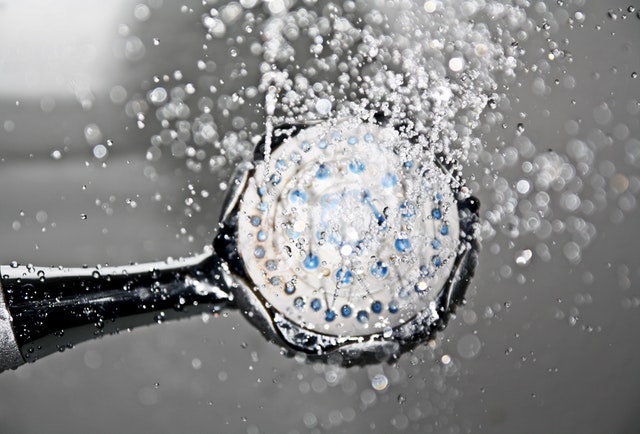 “…I remember being in the shower and falling to the floor, sobbing, crying…”

Fiction. Based on a True Crying in a Shower.

Angelie knows that he is lying.

The fucker is lying.

“Oh? Who’s Sean?” she asks. She feels her body heating up. A sick knot grips her chest. She’s in between throwing up and having a heart attack, but her body won’t let her move. She’s in the shower. He’s a few feet away. She only sees his silhouette behind the stained glass. His voice is calm, casual, and yet she knows. They have spent almost 2,500 consecutive days together–waking up and falling asleep almost every night. Yet, he somehow thinks he could get away with this fabrication.

He was going to see her.

He has not once brought up a man named Sean in their network of friends for the last six years. He says he is going through a midlife crisis and she wants to support him any way she could, but instead of buying a Ferrari, he decides to have an affair. She does not know to what degree –if it’s just flirtation, dating, or full-blown machination of marriage while in a marriage, but the not knowing is what eats her from the inside.

She has been in denial for quite some time now–this guy has given her many red flags, especially when they first met. She knew he was a bit off–She didn’t learn of the term, “sociopath” until months after this incident. If only she knew that it would only get worse–that this evening would be just the prelude to the main act.

“I’m cold. Can I have your jacket?” she asked him. “No,” he replied. She couldn’t recall Sonny ever offering to give her his jacket.

“I was supposed to meet Janet this evening,” he said.

“Your ex-girlfriend? Here? At the Cheesecake factory?” she asked.

“No, somewhere else. She’s in town,” he replied.

“Is this the same ex-girlfriend who is still trying to convince you to move back to Seattle and get back together with her?” she asked.

“Yeah. I had persuaded her to come to LA to visit me,” he said.

“Why would you do that? Unless…” she said.

He gives a smirk.

“She’s probably crying at the hotel.”

“You mean you got her hopes up, convinced her to fly to LA to see you, and you stood her up in a city she’s not familiar with?” she asked.

French Boy pulled Angelie aside when he had finally caught a moment with her. He was the promoter of the club and out of respect for their high school dating history, he had gotten her and her new love squeeze, Sonny, in this exclusive club in Hollywood. Sonny had made it a thing to call her up for hookups on clubs.

When Sonny wasn’t watching, French Boy had pulled her aside.

“Be careful with this guy,” he said to her.

“What do you mean?” Angelie asked.

“What makes you so sure?”

As soon as Sony leaves, Angelie starts to hyperventilate in the shower.

He’s going out with her. She thought he would stop seeing her. He had promised.

Angelie is living out her mother’s nightmare.

Angelie somehow knew that if she could just act dumb and innocent, it would save her marriage–just allow him to lead this double life, like many other married men around his business circles.

But Angelie is bad at pretending. Not that she can’t, but more that she won’t.

She hates pretending, which is why she doesn’t do so well at cocktail parties.

Through the Looking Glass

He doesn’t want to just leave her.

He wanted to destroy her.

And it was working.

Angerbeing cheated onthe pain of betrayaltrifling ex husband
You May Also Like
dauntless (a note of gratitude for the ephemerality of life)mj@thelovestory.orgJanuary 7, 2022April 26, 2022