“Show Up” Fiction. Based on a True Self Reflection. 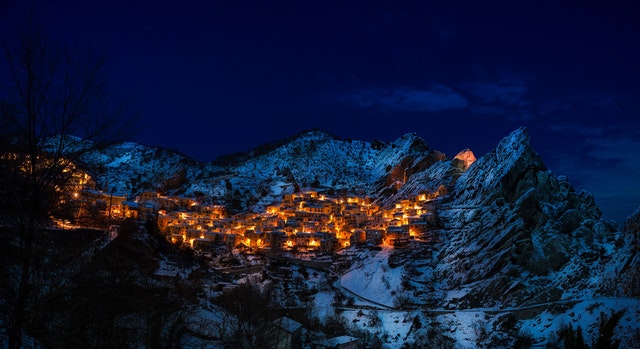 Fiction. Based on a True Self Reflection.

I am confronted with the reality that I must step up as a leader now. Gone are the days of typing away at plans and learning how WordPress works, writing and learning alone. I am now called to go on the frontlines again, in front of people, judging people, while conveying the mission, the mess, and the message, in front of a new cohort who have now come on board.

What happened to the last cohort? It was a different plan.  They saw my weaknesses and they are a fickle bunch, or so I tell myself. It’s always some reason not to participate. Shit comes up. Some shortcoming of mine turns a person off. There’s a trigger and it’s not going to be a fight so it’s a flight.

I’m also a tough cookie to fight with, fuck with, talk to. A speech and debate coach, with an instinct as sharp as a fox, and a way of being, I can disarm people because I can detect people’s shadows. While it’s good at winning points, it’s not so good at winning hearts.

I am all too familiar with the ‘I don’t give a shit’ attitude. I am the queen of shitty attitudes, especially in my teen years. I’ve volunteered and flaked on so many nonprofit organization, so many clubs, so many ____. I tell myself that it’s them, when no, it’s really just me.

The word “volunteer” is a great excuse for “not taking it seriously.” It was some kind of ‘get out of responsibility’ card perhaps. At least that’s the shadow side of the beautiful side of a nonprofit. I also know what it’s like to cut a person down with words, gossip, and slander. Including my own words. That’s why when I call it a nonprofit, I have it in my subconscious mind to not take it seriously, that responsibility doesn’t matter since “I’m doing it for free.”

That needs to change.

The tongue can bring death or life; those who love to talk will reap the consequences.

Perhaps subconsciously I had made it a nonprofit just so if I fail, I can make the excuse that “it didn’t work out because it was a nonprofit”… but I know better.

I just wanted to find an excuse to dodge the responsibility of leadership.

I also know that if it were a for-profit company, I would have made a different excuse that “it didn’t work out because it was a for-profit with a nonprofit mission.”

I can’t fool myself.

Not if I’m journaling about it now. Nope. The truth is written in plain English, revealed in the I, hidden in the id (Freud reference).

I am afraid of the call to be a great leader. Because…

Well too bad. Too much is on the line to fear the fear.

It’s time to lean in.

Now, the idea of self-sabotage. Was this an idea that I created or an idea that the spirit of depression and discouragement had created that was planted in me?

I know projection. Because I have been guilty of doing it, I am also sensitive to it. I grew up with a mother who mass-projected the deadly Ds of doubt and discouragement through criticism, unbeknownst to her. She thought it was motherly love because that was the way she was raised. My mother had been a prisoner to this spirit because she grew up in a communist country where she had to filter her thoughts to survive. Turning a blind eye was part of the group think that perpetuated a failing system.

Fear was the pervasive way of being to produce “order.” I now recognize that the battle was never against my mother, but rather the spirit that oppresses my mother and the many mothers before her in my matrilineal bloodline.

There must have been some witchcraft that was practiced under my bloodline to have it so strong. This controlling spirit that whispers, gossips, and manipulates to produce fear, self-doubt, and discouragement so the source-er could control…or rather, the illusion of control.  Holy Spirit showed it to me. This is the first step in breaking soul ties, hexes, and curses.  Admitting what’s so.

The Power of Truth

will set me free, even if it is hidden within fiction journaling, in the context of “Fiction, based on a True…” because the power of free flow thinking is the ability to expose the illusions by writing it out, freely, within the confines of illusion.

Needle in the Haystack

Trap illusion in illusion’s territory and the truth will be revealed.

“All Drama are based on lies.” David Mamet

Written here are lies..and Angelie is a character personified by the writer’s ego, so the writer does not have to attach itself onto the id, ego and superego, and may view herself in all three perspectives for the play of revealing true character.

This offloading or emotional dumping is the power of journaling in narrative fiction storytelling.

Because the truth will set her free.

Soul Sister Stella called it out:

Fear of Success, Self-Sabotage, and perhaps feelings of Low Self-Worth?

The shadows are now revealed.

Take action and give gratitude to your soul sister.

Why does Angelie have feelings of low self-worth?

Because he left and took from her and she let him. She chooses compassion. She didn’t set herself up for saying, “No,” you can’t do that to her (her= Angelie’s inner child). Her mother wasn’t there to stop it. And that came from when she was a child.

Why did she resent her mother?

Because she blamed her mother for not standing up for her for the men who violated her boundaries.

Because the system of things sought to brainwash the masses of women mothers into this archetype. The women who have been vulnerable to the Jezebel spirit operating at the center of the creating more havoc within the family.

The family is being attacked.

And the devil goes for the woman first.

Because God designed Eve to become the apple of Adam’s eye.

And Satan knew that Adam was the apple of God’s eye.

that God designed Adam to bring Satan back to Lucifer.

How does all Eves intuitively know this?

Because we are the life givers in this realm. Our words weigh more than men. When we capture a man’s heart, our words have the power of life and death.

The writer is going down a rabbit hole. A place where we are all too afraid to go. Perhaps that’s why I created this organization, as a container so I could go there.

I’m going down the rabbit hole…again.

This time with eyes wide open.