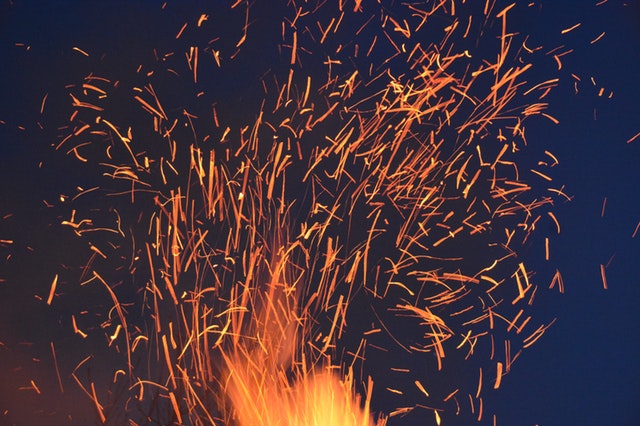 “It was somewhat prompted by the idea of bringing strangers together around a table and creating a spark, creating a conversation, something that I saw very actively happening in a writer’s home, Paris.”

Based on a True Broken Open Showcase.

You pulled off four showcases last year. Four pop-up showcases. They filled the room. The container you desired would be big, but God had plans. It was about intimacy, it was about artistic expression, it was about your letting go of the need to do it your way. That’s why it was just the perfect amount of people, given the space you have provided. Mostly word of mouth, mostly friends of friends, and mostly a psychological warfare of your self-loathing that takes you back to when you were seven and nobody showed up to your birthday party except your best friend Janet, who is now married with twins and lives in San Diego.

Can you break your own heart open and forgive the people who onboard your project and pull out? Can you forgive the people who say they will but don’t, who say they can but can’t, who kiss but dismiss? You tell yourself that it’s all about money for them, survival, perhaps, or perhaps it’s respect that you’re not giving them or setting high expectations with clear goals and communication. Perhaps, it’s because you haven’t gotten your finances organized, or perhaps the fire of passion for this project seems to be flickering. Perhaps it’s all of it.

Your weakness is obvious, but where is your focus?

Where’s your passion? Christine Caine called you out on it at her live taping a few weeks back.

@christinecaine you are a true spirit warrior for #Christ. I have so much to learn from your story and your presence with the #HolySpirit. I am so #humbled by your sermon on true #passion. #pain2passion

Can you stop for a minute and remember what this is all about or have you lost the fire?

Today, you went shop to shop passing out flyers and you drove an hour the day before to pick up the flyers. You have given away the last grip of money you had to pay for the venue and this time you are not partnering up with any other nonprofits other than your own nonprofit. You want to do good, but where do you command value?

Currently, it is commanded in the connections people make with each other at the gatherings you put together. A place where people come together, but how are you commanding value for the organization if you’re starving it by thinking you are not worth the value it commands?

You went ahead and bought the food, the wine, and picked up the drawings that Lorna made. You realize that most of the people you spent inviting on email never showed up.

7:30 pm came and the only ticket holder who found us from Eventbrite showed up first. Ryan, the featured artist, showed up around 7:00 pm and started setting up the sound and music equipment. By the time 8:00 pm hit, most people had finished eating and your sister, with her boyfriend, came with half the audience.

You realize that things were spontaneously coming together once again, and by the time the show started rolling, the entire space was filled with people. Some were standing by the walls. Another showcase, another new experience.

Something phenomenal started happening. You were present to speaking from the heart. This was about Alejandra, the 12-year-old student who had taken her own life from heartache; this was about Chi, your college friend, and Franklin, your co-space colleague, who had both taken their lives, and you still have not fully bridged the disconnect between Christianity and suicide. You are close. You tell yourself that Jesus is coming back the second time for the fallen angels, and this is corroborated by 1 Corinthians 15:26.

And frankly,  you and all the people who got involved in this showcase, matters.

You’ve recently shifted the message of the project. It was about the pain to passion, but at the end of the day, you recalled your 2013 experience–it was God revealing that the only color that mattered is love.

The mission is to transform f.e.a.r. into Love.

Everything else is empty and meaningless–we are truly living in a house of mirrors, and a projection is a mirror wanting the other mirror to go inward before the projector does the inner work. The mirror recognizes the other and seeks to solve the other person’s problem rather than solving its own. This causes karma, which is suffering because it is a play on repeat, a video loop, and a never-ending do-over.

You presented Jennesy, the woman whom you first met at a mental health clinic. The hurt, the pain, and now the showcase, where people showed up in an artistic setting, come full circle for you. She sings acapella.

You then present your sister. Her friends and boyfriend laugh. She presents her dirty jokes. You follow up with the “more” special comment and shrink immediately. You realize, the old reptilian brain stem, the better than, triggered by envy, tried to sneak its way in. Why do you dismiss your sister or anybody else close to you?

What is this “better than,” this “one up,”  beast system?

That’s the dragon, coursing through our collective bloodlines, and we’re all infected. You stop, and you get honest.

“I’m lost for words. I’m just happy that my sister is performing tonight.”

You didn’t give the audience any context as to how much it means to you that your sister being here matters to you.

The relationship between the two of you–we didn’t always see eye to eye, but today we see heart to heart, you wanted to say.

Yet, there you stand, broken only half open and the other half hidden. You did not mention that tonight there was a man who you wanted to see, whom you fell in love with, but whom you had pushed away from the mass projection. A man you wanted to fix, save, and bring up to your level as if there was something wrong with him. You wanted him to be saved from the impending darkness of his heritage–the bloodline rites of the Emulators.

“Leave me the fuck alone,” fear had spoken.

“Alright, I’ll be patient. Thank you for being the authentic person I fell in love with,” love had replied.

Can you fall in love knowing his shadow side is as terrifying as yours?

But Sylvie said it for you when she wrote a love confession letter. “Have you ever loved someone so much, you just want to run the other way?” Then Lorna, who heard Sylvie’s poem, confessed the truth. “I want to paint your face…,” it began.

She, an artist, a true artist, wanted to paint his face.

Your energy carried a bit of nervousness, a bit of discombobulation, and yet still the heart of your message shown through.  Because the energy you were operating at was a fight between staying present to this very moment with the people already there and then suffering the past to present gap of the missing people you wanted to be present.

Buddha observed that this world is full of attachments, and this space represented your attachment to showing off in front of the man who was not there to show off for, so you were confronted with the fight to appreciate who is present.

Your sisters, your friends, the musicians who were there willing to spend their time to perform on a collective platform that you had grown from nothing, sourced by God, now in the battle between heaven and hell to steer you in their respective directions.

The divide is clear–serve God or become your own god, the world is what you make of it or the world is where you discover how to serve; the truth is relative or the truth is defined, both illusion and truth are hidden in plain sight and revealed by the fruits.

Though every showcase is different…different people, energy, and scenery, the ever constant is the passion and love that is in the space of artistry. Pain to love. Now that the showcase is over, it’s time to continue your travels. It’s time to “set your aims,” as Dr. Jordan Peterson would say, to the highest virtue: