“Run Through” Fiction. Based on a True Dream Confrontation.

“Run Through” Fiction. Based on a True Dream Confrontation.The Love Story CreativesOctober 27, 2018March 5, 2021 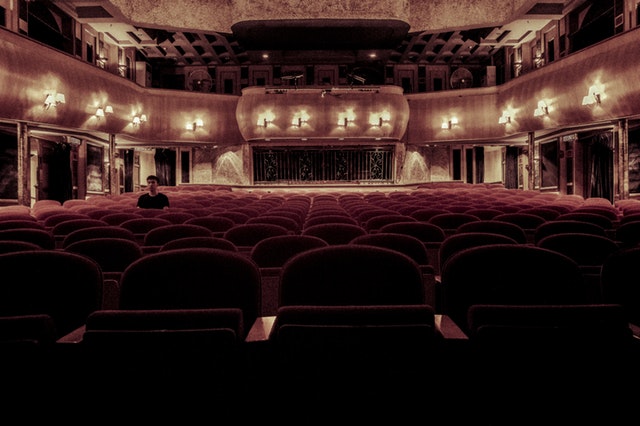 “It was a challenge for myself to be able to experience all these emotions and let them go through rather than suppress them. Learn how to work through it. Talking to friends, calling friends up, brothers, old mentors I’ve looked up to, and telling them how I’ve felt. What they went through to go through it.”

Fiction. Based on a True Dream Confrontation.

I don’t know what the urgency was since after you die, time is irrelevant, but eventually, she did send her most trustworthy angel, Isaiah, to guide me in the crossing over. The first time he came, I was definitely tempted to play the game, since he looked so good with his angelic blue eyes, as clear as the pristine crystals of the Caribbean waters.

He was tagging along during some of my visits to the past. I thought he would get bored of the same scenes I choose to replay. It was obsessive compulsive like a broken record and perhaps, he would go away. Instead, he joked that I was being anal retentive. But when he saw the serious expression on my face, he felt bad that he had called me out on it. I mean after all, why else would I be replaying my past scenes over and over again if I didn’t want to analyze, over-analyze, and scrutinize all the way until I figure out what it is that I am missing.

“I’m trying to solve the mystery of what went wrong.”

“My Dear Angelie, it’s a matter of clues.”

“Yeah. Clues are small items, actions, words spoken, nuances, the details. Allow the clues to guide you in formulating the questions. I can also take you to Mother Goddess if you’re stuck.”

“Mother Goddess is there for you if you need her,” Isaiah says.

I am relieved to know that the divine feminine is not giving up on me. I am little Bunny Foo Foo and Mother Goddess was spitting out the rhymes to narrate the story.

I just don’t know how many chances I’ll get before the Boss upstairs calls me back. Then I’m really fucked. I definitely don’t have an infinite amount of chances, The sands on the narrow neck of the hourglass are passing through like orgasms in the night- Silent, seductive, and secretive.

She’s been wanting me to meet her. I’ve been avoiding her. She has been sending people along the way to have me cross the boundaries of reality to break bread with her.

Crossing over is scary—at the best very difficult, considering that I have to shed every single identity and let go of any attachments I have to the mortal world in order to meet her. And if I do not let go, then I am crushed into a condensed ball of suffocation under the weight of all illusions.

Sounds like an excuse to avoid her? Probably. But it doesn’t change the fact that it’s just hard. I replay the scenes until the movie is over and we are down to the Q&A portion. All three men that I’ve loved and lost in the same theatre were focusing on me, unadulterated from their wives, girlfriends, and fatherly concerns like saving for their children’s college fund. Here, they are. Here, just for me—to study our past, our connection, our remonstrations. What went right, what went wrong, what went sideways. What I did and didn’t do.

They were all here.

Isaiah tells me that he’s going to be here with me as well. He tells me to take as much time as I need. He told me to soak in this moment. I finally got what I’ve been wanting all along….this moment to reflect on the memories, now projected onto the big screen, and the actors are now standing, naked, before me, ready to answer the Q&A portion of the screening. The three naked men, my former lovers, were now ready to answer my questions.

I know that angel Isaiah has an agenda, so I still do not trust him completely. He still wants me meet Mother Goddess for clues on how to solve this puzzle.

Why have you all abandoned me? I ask all three men, in no particular order.

The first tells me that it was I who led him astray. It was at my suggestion that caused his drug addiction relapse.

“For you, it was just one time, but for me, it was a life and death struggle,” my college sweetheart told me. I took his virginity and I had almost taken his life.

The second tells me that it was I who pushed him away. It was at my tirades of drunken courage to tell him the truth of my resentments toward him that gave him the courage to divorce me.

“For you, it was about building your career rather than building a family. I had to finally relent and give you what you wanted,” the second man told me. He was my husband. My future ex-husband from the first time I had fallen in love with him.

The third man tells me that it was I who cut him down to pieces through my malicious words. It was my words that had built him and torn him down like a child playing with sand castles.

“For you, it was about revenge. You have chosen me not because you really loved me, but you liked the idea of loving me. You were more concerned about looking happy in pictures with me to show off to your ex-husband that you were living the ideal life than actually loving me for me.”

They were all good looking men. Proud men. Strong men. They all answered my questions simply and directly.

Isaiah stands by, next to me, patient.  After some extended amount of silence passed, he asks me, “What have you realized?”

“That it keeps repeating. How do I make it stop?”

“For starters, you’re not asking the right questions. Try again.”

I stand there, once again, looking at the three men who are looking right back at me. Isaiah looks on as if contemplating an equation. And I look down and notice my toes. I wasn’t wearing any shoes and the toenails needs trimming, and the calluses are forming into bunions.

“How can I take responsibility for this?”

Keep running through this scene until you know what questions to ask that will lead you to the answers your heart wants to uncover.