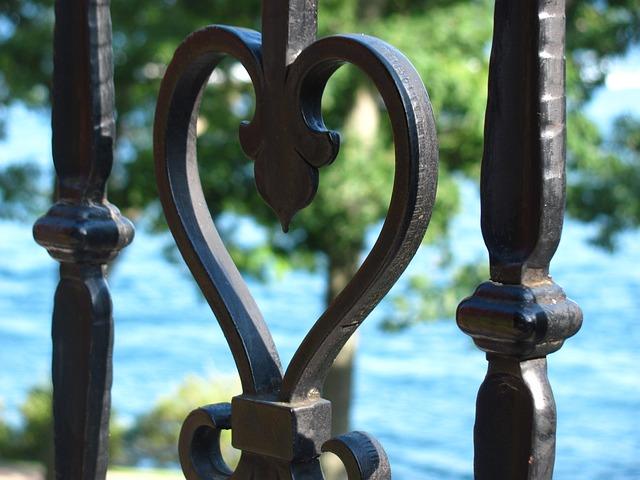 “Suffering led to my passion in life, my calling. My love. Being able to share that with other people, so for me, it all makes sense.”

A bit Further into the Future.

When their eyes met, he had his Beats by Dre headphones around his neck, walking towards the empty Mothership stage. She had recognized him through the list of people she wanted to meet that weekend–searching for her tribe to amplify a concept–a concept, she hoped, would validate and inspire others to find healthier ways to transform the pain–and here she is now looking into his light brown eyes. His smile.

They were at the press and artist mixer, hosted by The Confluence Group, in the clearing of a pristine afternoon after the lightning storm from the night before. Russell, the founder, had just given her a big hug, practically almost picking her up with his 6’1 stature. After the high of feeling accepted, she sat back on one of the egg nest couches and absorbed the scenery. She had begun to feel insecure–she didn’t want to look like she’s alone though she would prefer it that way.

It was at this moment that she saw him walking past her within arm’s distance. He was already in deep thought, ruminating on what to say for his upcoming speech for the Phusis speaker series. He was nervous. Terrified even, but his monitoring device was with him, so he was also focusing on his breath every time it vibrated. You’re just in a desert, with people in creative colored costumes, he reminds himself. This is all just fun. A feathered voice interrupts his thoughts.

“Hi,” she recognized him from the print out of people she wanted to meet.

He looked up. He saw a cute Asian girl smiling at him. He smiled.

It tickled her soul. That smile.

“You do that meditation biofeedback thing,” she inquired.

“Yeah, that’s what we do,” he said. It’s more than that, but he doesn’t expect people to understand it on the first try.

“Could you tell me more about it? I recall some of it, but I’m sure it’s more technical,” she said.

“You’re right about the meditation biofeedback. It’s a wearable device where we can track one’s heart rate and heart rate variability in stressful situations so we can learn to control it. There’s a vibration you get, also called biofeedback, that sends it back to your body when you are stressed. That way you can empower yourself to self-regulate your body’s fight or flight response,” he said.

She understood perhaps only a third of what he was saying. She was mesmerized by the smile the entire time he was talking. A train-wreck happening–the technical details of a crash isn’t what processes through the mind so much as is the shock of it as it is happening. That’s what it was. A train-wreck.

Nicholas Jaar is playing at the Mothership stage

“You sure you don’t want me to take your phone onstage and get the picture?” she asks. He shakes his head. They are now at the Mothership stage, the highlight of the night. They ran into each other while Matthew Brimer was giving his talk as part of the many speaker series that Further Future had lined up for this festival. She initially wanted to stick around to talk to him after his talk, but after running into Mr. Robot, she thought it would be a better idea to cultivate a deeper human connection rather than a superficial one.

So here they are embracing each other at a concert. They hold each other close. She wonders if he is self-aware that she’s falling for him. She doesn’t even know him but, like a dream, she knows him somewhere. The Strange altered reality, like going through a wormhole and coming out through a parallel dimension.

He looks at her and smiles meekly. He’s nervous. She could see it on his face. But then again, they’re at a music festival, so it doesn’t count that he’s holding her close and showing affection–still, she reminds herself to let go of any attachments to a result. Why does it have to be a certain way to validate feeling any affection towards him? She reminds herself that she only has this moment.

He’s too handsome and smart to be single.

“I have to ask you something,” she shouts in his ear through the thump of the ambient electronic sounds of Nicholas Jaar.

Embarrassed but emboldened by principle, she proceeds, “I have to ask you this because it’s ethics on my part. Do you have a girl in your life? Because if you do, I am very respectful and will walk away right now.”

What she really wanted to say was, I don’t want to get caught up in a triangle, and I don’t respect men who cheat on their girlfriends or wives. Are you a cheater?

He smiles. “You don’t have to worry about that. I am not seeing anybody right now,” he says.

She couldn’t believe it. How come? He’s perfect.

An ominous reminder that there’s no such thing as perfect.

There is perfectly imperfect.

Should she accept this truth, she can embrace true love. He doesn’t have to love her back in order for her to love him. Perhaps this is what God is showing her at this stage in her life.

Love is patient. Love is kind.

Girl, she tells herself, you are in so much trouble. The aching has already begun. Her first lesson? Letting go of the attachment.

There are two distinctions he made in the interview–attached love and universal love. What he shared inspired her to draw upon the two distinctions into the e-journal she produced for this site and now she must practice the two distinctions–Attached and Universal Love. Both are in constant dance–except in her case, it’s more of a hip hop dance battle than a waltz.

She finds herself thinking about him way too much than she wants to. It’s haunting, it’s addicting, and she knows it’s an attached love when she feels the anxiety coming on when the hours pass and she hasn’t heard from him. She refuses to check his FB, refuses to text him and sees if he had received her Thank You package for hosting her that weekend she was in San Francisco. This feeling of not knowing–the anxiety–it is painful. She feels it, but she withholds–she reads Deepak Chopra’s The Seven Spiritual Laws of Yoga to pass the time.

She comes upon a passage she had highlighted 3 years ago when she bought the book at a boutique shop in the hills of Mont Tremblant in Canada. Now, she’s at her temporary office at her family’s home out in the ranch, reading the same passage she has highlighted in green on page 88.

“The Law of Detachment reminds you that you can choose your words and actions, but you cannot control the response to your words and actions. When your intentions are clear and your heart is open, you will spontaneously demonstrate right speech, trusting that the universe will handle the details.”

She can only do the very thing she’s been preaching to others when people ask her how to transform the pain–she writes.

She writes to pass the time that she would spend thinking about a future they could or could not have together. It delights her to fantasize about traveling with him, starting a family with him, honoring him, and then it frightens her at the same time–what if he knew I was already thinking about all this? Wouldn’t it freak him out? Am I jumping the gun? Is this just infatuation? No, it’s not just infatuation–she knows the difference.

This is also an opportunity.

An opportunity to be deliberate with her intentions: Love him according to the word of God.

4 Love is patient, love is kind. It does not envy, it does not boast, it is not proud. 5 It does not dishonor others, it is not self-seeking, it is not easily angered, it keeps no record of wrongs. 6 Love does not delight in evil but rejoices with the truth. 7 It always protects, always trusts, always hopes, always perseveres.

This seed was planted around the time she had written the apology letter to her ex-husband for her resentments against him–the full confession.

“Love is an action, not lip service,” Mel Novak’s words flash across her mind.

Sometimes an action means an inaction.

She left her heart in San Francisco with a man who listens to hearts.

Will he hear hers?