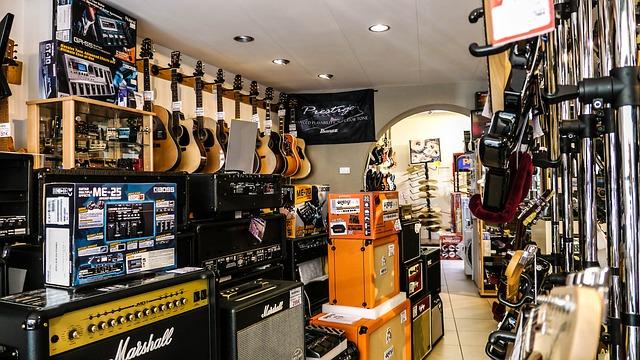 Nestled in downtown Claremont, California among a quaint row of mom and pop stores is the Folk Music Center, which houses a mélange of antique musical instruments from various cultures around the world. Founded by Charles and Dorothy Chase in 1958, the store was originally located in the back of a real estate office where they started off with a few records, books, strings, and instruments.

photo by Jason Do

Dorothy continued to teach lessons for the guitar, banjo and other string instruments, while Charles repaired various instruments. From the love of sound and harmony, their children and grandchildren inherited these musical and creative endeavors. Peter Harper and his brother, Ben Harper, would spend many of their childhood days at the center after school.  Ben eventually purchased the store “in order to keep the Folk Music Center in the family and alive for the generations to come,” and Peter became the main guardian.

Even though Peter grew up in a musically gifted family environment, he started off creating art by casting bronze sculptures, while maintaining tenure as a college professor and enriching his home life as a husband and a father.  Music had to eventually manifest. He was too exposed, too talented, and it was a ripe time for him to began. Regardless of the roles, he stated that one of the most important things that he can do in any discipline is to engage the people around him through human connection.

Within these human interactions, whether it’s writing and producing a song from start to end or setting his phone aside so that he can watch his kids’ soccer games, Peter mentions the importance of being present in the moment.

Peter’s human-centered perspective was developed in his early 20s, during the time of trials; He lost his grandparents, whom he was very close with, during the time of his divorced, and in a relatively short time frame, his father, who was an alcoholic, drank himself to death. When he saw what his father was doing to himself and the impact it had on Peter and his whole family, he made the choice to embrace and learn from the experience instead of becoming embittered.

Peter decided to never drink, smoke or do any drugs. He said that even though he may do some terrible things in his life, it will not be anything related to being under the influence of a controlled substance. “My job is to look and say, what can I learn from that? What can that teach me from my life? What parts of that do I want to take on and what parts of that would I like not to take on? And then move forward from that,” Peter said.

Whatever attitude he embodies, whether it is positive or negative, he knows that it not only affects his life, but that of those lives around him. He said that there is a responsibility that comes with the changing emotions of tumultuous events–that by hiding, escaping or running from the pain, we will not allow the ourselves to embrace the moment and learn from the experience.

“As an adult, I’ve really tried to understand and embrace the pain that comes with the experience of loss,” Peter said. “I allow it to be what it is and I think it through. What is this feeling? How does it make me feel? What is it making me feel like I want to do? Am I going to do that or am I not going to do that?” No matter how overwhelming or seemingly destructive the emotions present itself, Peter chooses to be okay with those feelings. It is in that self-reflection and the pursuit of understanding the situation that he ultimately comes back to the same point: