“Light a Candle” Fiction. Based on a True First Heartbreak. 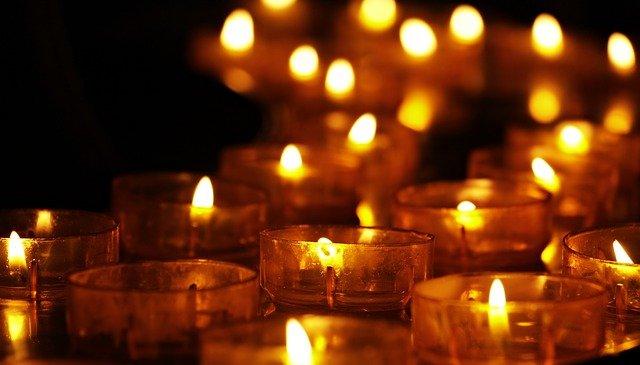 Fiction. Based on a True First Heartbreak.

“It’s amazing how I’ve completely changed and forgiven. All you have to do is forgive and understand. Some things happen. Life is hard. People are going through their own stuff. They take it out on others. You have to understand that it’s not you. People are just always going through things. I just learned and I forgave them and they forgave me.” -Hennessy

She greeted her with a warm smile. Hennessy. A beautiful young girl out in the middle of the desert oasis for the Shadows of the Light music festival, situated in a secluded area near Lake Isabella.  Hennessy was a production coordinator there, directing people to different places when Angelina first met her. When Angelina arrived, it was Hennessy who directed her to her workshop station. “Cool, what workshop are you facilitating?” Hennessy asks. “I’m teaching a seminar on letting go of heartbreaks,” Angelie replied. “That sounds cool,” Hennessy said. Her energy was vibrant–a kind of innocence that gave Angelie nostalgia over her childhood.

I Can Hear Your Heartbreak

“I can hear your heartbeat. I can hear the songs play in your head.

I can hear your heart shed, every time you let someone in.”

Angelie’s heart cried.  As she was pointing the camera at Hennessy, her hands started to shake. She was singing her song. This young, beautiful girl, who had directed her to her workshop. This beautiful young girl singing her Angelie’s heartache. It was the blues, strumming on the strings of her guitar.

“You are stupid!” her father screamed at her.

He had a nasty scour. Both their blood pressures started to rise.

“I’m not stupid!” she replied.

“Enough!” it was it was mom. They were in the middle of eating lunch. Angelie declared she no longer wanted to eat noodles. The candida she learned from her ex-boyfriend came up. The night before her bones started to ache. This isn’t the life she wanted. She felt like cattle being fed GMO corn–living just to die. She’s interviewed enough people to know this isn’t the way to live–it shuts off our pineal gland, kills off our liver, increases neurotoxicity, and it’s never been this obvious of its damaging effects than with her family–addicted to noodles, bread, pork, beef, and TV. She thought about Ronald Dahl’s Matilde. The present but absent family.

“You’re not well,” her dad replied. This triggered her. “You know, I’m crazy because I grew up always being told that I’m stupid!” Angelie retaliated. She can see her father’s blood boiling on his face. He couldn’t figure it out. How she could be this disobedient and disrespectful to him. His dad would have never tolerated it. His dad would have beaten him till he couldn’t see his own eyes in the mirror. But we were living in a different era. This is America. He came from communist China.

Red. All he sees is red.

Her dad’s eyes start to well up in tears. He knows it’s true. And he can’t help it. He grew up in a violent home–often the child in a family of 4 siblings who got hit the hardest. His dad was an alcoholic–a communist military official who got drunk on power and often took out his frustrations on his children–especially on her dad. He had promised his wife he would never hit his child the way he was beaten up by his dad. He’s broken his promise many times, never expecting that his firstborn child–a girl–would be just as stubborn, vocal, and strong-willed as he was. So the beatings happened when she was just a little girl. It was disciplinary, but it was mostly an act of power, of control, feeling secretly helpless and fearful in a turbulent world. It was either his way of thinking, or it was the wrong way. Angelie never understood that and never quite confronted those demons of hers, so she buried it with alcohol, drugs, and sex.

It showed up in her previous marriage. It would come out when she drank–issues she would never talk about when she was sober. She would project her fears of marrying her father on her husband. Her fears of her husband turning out to her controlling dad became so paramount; she started using the same critical and abusive language on her husband as her dad did to her. “You’re stupid. You’re an asshole. You’re a cheater!” She would yell. It was all projections. Her husband had never once called her a bad name or had gotten angry or violent. It was the ghosts of her unresolved past.

“I’m sorry,” her dad came to her room. It was obvious that he had been crying earlier. Angelie could feel her dad’s heartache and his shame. The guilt of an alcoholic. The same guilt she carried when her husband left. The guilt of the abuser and the abused. Angelie doesn’t have all the answers and she knows it. Sometimes, she thinks in order for her to start anything–writing a book, facilitating a workshop, teaching a class, she has to be perfect, and when she falls short of this perfection, she beats herself up–even though her dad stopped beating her a long time ago–she does it to herself. When does the cycle end? This stubborn way of seeing things–of forcing one’s truth on another. This is alcoholism–this is a sickness of the spirit–it runs in our family. It’s generational. Angelie wanted to say all this to him, but she knew she had already spoken enough truth for one day. Angelie learned all this through her 12 step program. She knew she was not alone. She knew this ailment is not unique to her family either. “We’re in a spiritual warfare,” she remembered Mel Novak telling her. Yes. Yes, we are. She remembered what Hennessy said in the interview. Light a candle.  Angelie realized that she can’t do anything about her past. Hate breeds more hate. For her to blame her father for the rest of her life is also not a good way to go. Her father already has a lot of guilt and shame to carry. It’s the mark of an alcoholic. She is her father’s daughter after all. She knows this guilt. “It’s okay dad. I forgive you,” Angelie said. “You were just worried about me.”

Life is dark. Completely dark. The lights are off, but you can light a candle.

It ends here. With a narrative, with a song, with talking about it, so we can forgive and set it free. Angelie forgave herself; she forgave her dad, and she forgave any other person–past, present, and future who had, has, and will have ever said a careless word out of their frustration. She knows better now. She knows that harsh words and acts of violence are a projection of the perpetrator’s anger and pain, derived from whatever trauma they had gone through, buried, and left unresolved. For Angelie, lighting that candle means to forgive, to not take things too personally. It started by knowing that when someone has wronged you, it’s them, not you. And when it is you who have wronged another, it is you, not them. That’s her candle.

bullyfamily fightsforgivenessgraceMusicstrength
You May Also Like
dauntless (a note of gratitude for the ephemerality of life)mj@thelovestory.orgJanuary 7, 2022April 26, 2022