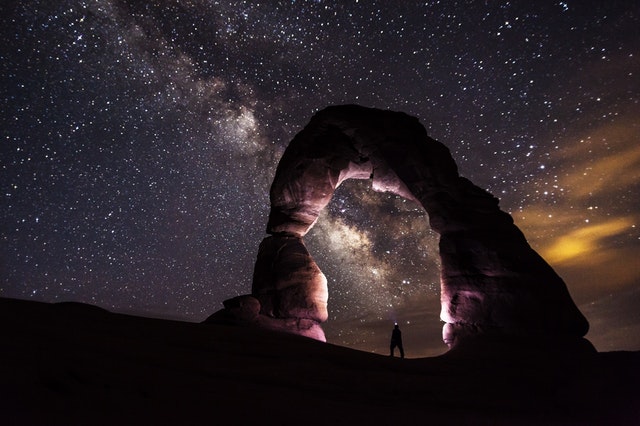 Fiction. Based on a True Rooftop Garden Terrace.

In the garden with the bees ? there were three playing on the lavender seeds, licking pollen for the hive.

You sit with Smartie by the space overlooking the streets that surround St. Peter’s Basilica. Seagulls, sparrows, and pigeons fly over and over enough times to give you many photo ops.

You both order a cappuccino with tiramisu and when the pictures are over, the tiramisu is gone, and Smartie is off to change into her pretty golden dress she picked from a street vendor. You read a portion of Joyce through the extension of his character in Stephen Dadaelus:

A cold lucid indifference reigned in his soul. At his first violent sin he had felt a wave of vitality pass out of him and had feared to find his body or his soul maimed by the excess. Instead the vital wave had carried him on its bosom out of himself and back again when it receded: and no part of body or soul had been maimed but a dark peace had been established between them. The chaos in which his ardor extinguished itself was a cold indifferent knowledge of himself. He had sinned mortally not once but many times and he knew that, while he stood in danger of eternal damnation for the first sin alone, by every succeeding sin he multiplied his guilt and his punishment.

p. 104, A Portrait of the Artist as a Young Man by James Joyce

In that underlining, you imagine Rylie’s inner psyche and in that reflection, also your own psyche. You trust in your sober intuition. You know there is a deeper meaning behind all this, as you have told Rylie in an email of something deep within you that is revitalizing—a painful longing to settle down with a man and give birth to his children—but not just any man, but a kind of man that represents the dove…hope…and that terrifies you. You hope those words in the email will perhaps will be stored somewhere special that he will refer to from time and again on those nights he truly and finally believes that what you are saying to him is definitely true, despite your daemons, your sins, your inability to stay focused on the narrow path at all times.

You hear Rylie’s words in Stephen Dadaelus, and you love him and yourself more the more you understand these words.

At first, you thought that your picker was off but now you know it is not that your picker that is off, it is that everyone is a bit off. All people are imperfect, evil, sinful, full of deviations and monsters to contend with in the closet of their own subconscious psyche. Some are better at hiding it than others. And the few courageous ones—those who have true faith in redemption—are able to articulate it, perhaps even dare to fix it in ink, then print it on paper, then copyright it, publish it, and distribute it for the world to access.

This is your call. As if Joyce, Keats, and Byron were all rooting you on.

Build the program —Journal-Artists are waiting to tell their story in fiction.

The purple crown glows against the bath ruins of second century architecture.

The conductor arrives and the crowd stands. The moon glows in full bloom while the broccoli trees that line the Vatican City now flanks your right and left periphery—paired on each side.

When the conductor starts it occurs to you that you are a grown woman now enjoying the open summer air of Roman concerts. It is a full orchestra, and the birds ? glide above the orchestra and above the audience as if in orchestration.

It is summer time, and summers here are hot and humid. You are at the tail end of going through your second cold of the year.

When the music begins, it sends tingles throughout your body. You imagine a center—perhaps Enya, Green Paradise, and Rylie with kids, your kids with him, one hugging his shoulder and the other inside the orange sash that now you are carrying like a kangaroo pouch.

You close your eyes and imagine this paradise, now its colors of purple, lavender, tinged with royal and teal blue that blends the sky with the ocean.

The lady draped in red sings, and the reverberations of her voice soars—her vocal cords now vibrating inside your chords—against the color red backdrop of the Caracalla stones, reminding you to remember your roots when you are crowned. You imagine Joseph, the abandoned and betrayed Joseph, the prisoner and the framed Joseph becoming the king’s prophet and right hand man.

You are sitting in front, center right of the conductor, and the red rocks now transform into hues of purple set against the stony columns. You think…this is where you are…you’ve somehow crossed over to a bend where you are on your mark again.

You pray for Rylie. You know intuitively that when he’s willing to surrender and ask for God’s help, he will be able to catch up and catch up quickly. He is resilient the way you are resilient, the way you’ve seen Green Eyes bounce back…

Green Eyes reached out to you a few days back.

You think he’s just checking to see if his black magic hexes worked on you. Well it didn’t thanks to Christ and the testimony of John Ramez who confirms true power in the hands of the faithful.

You reply back that you are traveling with Roxy, cautious to withhold any specific information that may leave you vulnerable. You linked him the website of the non profit you started.

He replies back and tells you that he’s taken his two year cake, and you congratulate him. He asks if you are sober, and you say yes.

7 months and some change.

You thank him for making a transformative impact in your life…the man who uprooted his home to live with you, to travel with you, to adjust his life around to build a family with you only so you can change your mind…on Christmas day.

This is the amends you owe him.

You’ve not properly given him the amends God wants you to give.

But now you think you’re ready.

You watched the second chapter of John Wick. He assassinated the evil heir to one of the 7 thrones of a super mafia by the blood oath he gave to her brother who wanted his sister dead so he can assume the throne. Self-centered power, by any means necessary, and delusion. Those are the tools of the enemy, yet you were completely immersed in the story.

John Wick came back to the dark side after an apathetic Russian heir of the mafia boss had killed Wick’s dog, a symbol of hope and resilience after losing the one woman who created the silver lining of his empty and meaningless life. He went on a bloody revenge against the underworld—killing anybody who got in his way of killing the son of the mafia boss who initiated Wick’s coming back to his “old ways.” Except, John Wick isn’t exactly who he was before—he was anointed by something—a silver lining. He came back, but his Shadow is now becoming integrated because he is now the bad guy to the bad guys—he’s tasted a sample of love. To love and be loved and the true meaning of love, and now he is going back to the underworld again, but with a transformed mindset. He is no longer invested in evil, but rather defiant to evil through evil treacherous traps, yet he still stands.

“Why am I still alive?” Wick wonders.

That is the question isn’t it?

The Second Chapter—the Suicide of the Wicked Sister

The heir to the throne in the seat of 12 global leaders of the underworld society is the hit that John Wick is tasked to complete before his blood oath with the brother is broken and Wick is freed from all ties to the criminal world.

When he came upon the heir, she knew her time is up. Instead of having a bullet to her head, she chooses to cut her own wrists and die her way, but before she could fully kill herself, John wick shoots her in the head.

She died within the catacombs of the Caracalla Baths.

You wonder if something in you had died there that day as well.