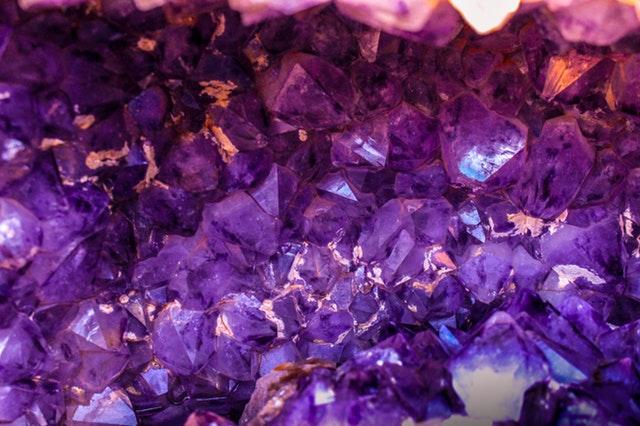 Fiction. Based on a True Western Wall Touch.

“I’m more of an introvert, so no one really knows the true me…I like being by myself, and I don’t trust others very easily, I don’t have many friends…it’s just hard for me to get close with people…” -Kayana Tyson

You are in pain today. Lots of pain. Lots of mental anguish. You find out that Billie Ellish also deals with depression. Sadness is her default and you smile, not because you want her to be sad but because you are not alone in this fight.

No wonder when you heard this song, you recognized the longing.

At the Vatican Library, you discovered that Cupid is a Fallen spirit that caused havoc and possible suicide for those unfortunate to be hit by the arrow of lust.

You get off at Cintemantique, and there is a Jerusalem film festival happening all month, and the only show playing that evening is called “Love at Second Sight,” and you feel that this is some kind of cruel joke because you believe that falling in love with Rylie is love at second sight.

By the time you got off the bus to Jerusalem you wanted to kill yourself. You don’t know if it’s Billie Ellish’ Bad guy video or the American Horror Story version of “Bury a Friend” or the one about Lucifer or “God is a Woman,” but if someone told you that these music videos contained subliminal messages that transfer demonic spirits to those who watch it—specifically inheriting a sense of nihilism and depression— then you would be relieved, because you’d at least know it didn’t come from you but something else that has transferred itself onto you. At least if were coming from the music videos, you’d be able to avoid depression.

That song haunted you since Arizona, after you left LA to honor Rylie’s request: stay away from me. He even called your dad and sister and all you could think of was how amusing.

The longing for his ocean eyes haunts you and taunts you.

That and tick tock, your biological clock.

“Do you want babies?” Rylie once asked you.

“It depends on with who,” you responded.

I want your babies.

When you get off you’re talking to a NY Arabic-Christian-Jew who is in the real estate biz, and his brother in commercial real estate. You two start talking about how hot the market is here and he walks you like a good gentleman to Mother Mary and Lover Magdalene.

While the two of you are heading in the same direction, you hear your thoughts go wild. Your head is pounding, screaming judgements at everything you see. Get me of here, God! I can’t take it anymore! End it! End it!  But on the outside you are frowning and walking with this new friend of yours. You believe you are being spiritually attacked.

“You have to get your license right?”

“Yeah, but more than that, you got to know people. Not anybody can just get in.”

Well that leaves you out. You’re not good at keeping secrets. You’re a writer at heart. And you love authenticity over pretension, and you wonder if pretension is at the core of any and all elite games. You’d have to wear that tight smile and tight dress once again. The feigned smile. Both you and the person you are smiling at know it’s fake.

You’re not a good actress, but perhaps a good playwright, or director, or producer.

Who do you have to be to make almost a million dollars on one deal?

On the alert at all times.

You’re just guessing. You have no idea. All you know is that this Brooklyn man fascinates you. He speaks fluent Arabic, Hebrew, Spanish, and English, and owns property in New York. He has a big family with big money with property inside Old town Jerusalem.

You tell him that you’re visiting Mary Magdalene’s church.

He tells you that he’s visiting an auntie who just came back from the hospital.

He takes you through Via Dolorosa and explains that this road is famous for Jesus’ walk to the crucifixion.

He postponed the meeting to eat dinner with you.

He takes you to an Arabic market in front of Damascus Gate, where you eat shawarma—the best shawarma you’ve ever eaten, anywhere, hands down.

On the way there, he tells you that the Cabal bases their annual meetings here in Old Jerusalem.

“The decisions that are made inside these walls then reverberates throughout the entire world,” he tells you. “Jerusalem is the capital of the world.”

You believe him. The good, the bad, and the super ugly are all concentrated in this spiritual center. This is where the Temple Mount is, where Jesus was crucified, where Mohammad passed to the other realm, where the Western Wall remains, where King David built his city, where now the Abrahamic faiths gather together in four quarters—Christians, Muslims, and Jewish, and one more for Armenian Christians.

Why not Armenian Christians?

Why not a Chinese-American agnostic turned Christian who plunged right into the faith searching for spiritual portals of Christ for the past nine months of her life? If you traveled back in time to tell your younger self, perhaps five years ago, that you would be doing this, you would be incredulous. You’d think you’re bullshitting.

“I’m almost done with my book. I’ll send you a copy when I’m done,” you tell Brooklyn Max.

He takes you to the night market and for a minute you wonder what it would be like to be his girl—access? Industry parties? Decadence? Big family of brokers?

Then notice you’re liking him for all the wrong reasons—still, he buys you water, food and coffee and calls his cousin to give you a ride back home because it’s Shabbat so no buses are operating at 9 pm.

By the time you two finish talking and eating, it is already 10:00pm. Shabat started an hour ago and the last bus from Jerusalem to Bethlehem checkpoint left.

You tell him you’d take a taxi but he tells you it would be about $100, and that’s about how much you have left in your bank account, if that. You look distraught.

“I can call my cousin to drop you off,” he tells you.

“He just needs money for gas,” and you give him 100 shekels, which is about ⅓ of what it would cost to get a taxi.

…your body is screaming for security, for a fast elevator ride to the top, but you know that this is the temptation. You have the karmic 13. There is no easy ride for you. No, your number is the grind, the slow and steady turtle wins the race pace, the stay-focused-on-your-path playbook, and don’t fall for the shiny thing on the side of the road instructions.

You invite both of them up to your second floor balcony and the topic comes to the cabal once again. He explains how they are controlling the world right now and they are trying to speed up the process of Jesus’ second coming. It’s not that they don’t believe. They believe, but have chosen a side. Perhaps they believe that Satan will ultimately win the war, so they wanted to choose the side that will win. Perhaps they don’t believe in the book of revelations, or that they believe Evil is more powerful than Good. He continues talking about Zionism and the Cabal, how they are tied together with big money, with big influences, with big deals.

The conversation left you feeling drained. You had this urge to end the night early. His cousin didn’t speak English, and he wanted you to lie to his cousin that you two met through a mutual female cousin. The people here are still traditional, and the idea that he just met a girl only a few hours ago may make him seem thirsty and you seem …loose.

Perhaps you do have a few screws loose.

You give Max your number and use his phone to text you, but for some reason, you never received that text, and perhaps Max never saved your number on his phone, because that was the last time you ever spoke to Max.

He gave you information that made you think twice, as in, “Why are you telling me this?”

It was as if he was just informing you that you are being watched.

Today you want to visit Mary Magdalene’s church but, en route, you stumbled upon the Western Wall. Trailing behind you was a family pushing a stroller with a baby boy who had Rylie’s blue eyes and a cute smile. You think that this is the kind of baby you would have if Rylie and you somehow made one. You know you are not imagining it.

You were halfway to touching the Western Wall when you realized that you were at the men’s section. You left for the women’s, and washed your hands before you touched the hallowed wall.

You wait for an opening at the wall.

In front of you is a mother with her newborn. When she leaves she leaves a spot for you to pray.

You think about how beautiful the sight of mother with child is in front of you.

When your hand finally touches the wall, you feel your crown chakra tingle. You start crying immediately and all that weight, that depression, was leaving you and you begin feeling blessed and neutralized at the Western Wall.

You pray. You feel the healing.

Next, you put your head on the wall, and whatever headache you were experiencing is now also leaving you. You feel relief, like a demon that was riding your back just got off.

You wash your hands.

Then you head to Virgin Mary’s Tomb. On your way out three couples come in, and you are surprised that the Priest allowed them in since it is closing time. He even waves at the third couple still standing outside to come in, just as the priest was getting ready to close the door.

All three couples made it, just as you were exiting the Tomb.

Moments earlier, you had your private one on one time with Mary.

You really had a moment with her.

A moment with Mary is all you needed for today.

Supernatural HealingTrustWestern Wall
You May Also Like
dauntless (a note of gratitude for the ephemerality of life)mj@thelovestory.orgJanuary 7, 2022April 26, 2022