“If I Could, I Would Kill Her” Fiction. Based on a True Tale of Captivity and Hate.

“If I Could, I Would Kill Her” Fiction. Based on a True Tale of Captivity and Hate.The Love Story CreativesNovember 10, 2019October 14, 2020 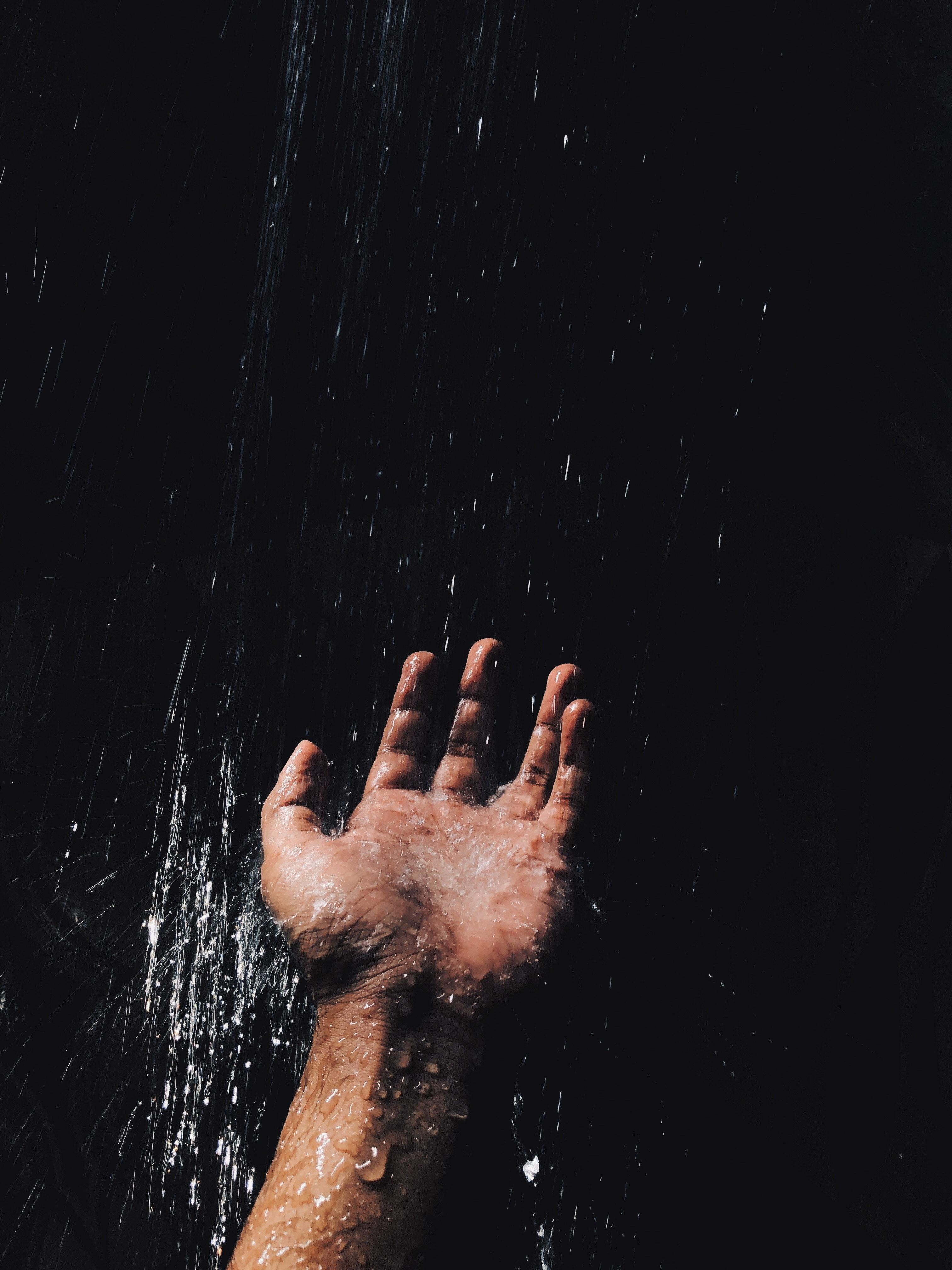 The more I try to escape it and run from her, the more I’m reminded of her.

“If I Could, I Would Kill Her”

Fiction. Based on a True Tale of Captivity and Hate.

This morning I am standing at the kitchen counter. I have swallowed a pill, a pill I do not want to take. But I have made the same ritual twice a day, for the past seven days, and today is the last day. Nothing different has happened here. I make sure to take several swallows of water, so that the pill will not scratch my throat going down.

My heart flips over. If I could say this and have you take it literally, I would. It flipped over and I felt a stab of pain, just here. Close behind was the fear, high in my stomach, right beneath my diaphragm. A wave of faintness washes over me; I feel unsteady on my feet.

The mind games begin. I am having a heart attack, I must call 911. I think of people who will not pick up the phone, friends who might. I send a text. I tell myself, it’s a panic attack. But why is this happening? I can remember the last time it happened. The last time it happened in full, rather. It started similarly, but at that time I was at a loss to identify what I was feeling. I was showering. I had always felt unsafe in that shower with its distorted glass door, in the cold bathroom with the salt in the windowsill. I was showering when all of a sudden I failed to take a full breath. A veritable flood of fear passed through me in that moment, from above my chest to below my stomach. I knew this feeling, the feeling of butterflies, but until then I had felt it only rarely, and maybe only when hearing bad news. If there’s anything I’ve been most afraid of, it’s not being able to breathe.

I had been having problems already, before that. I had been attributing it to the new medication my neurologist had put me on for my migraines. Bad timing. She switched out my medication right before I moved. To this day I will attribute my experiences, my complete and utter breakdown, at least partially to this.

I continue showering, tentatively, because there is soap all over my body. I tell myself I am going to rinse it out. I tell myself that maybe what I’m feeling in my lungs is just the water vapor rising from the hot water. But only minutes later, I am sitting on the rug just outside the shower, on the bathroom floor, still soaking wet, having wrapped myself crudely in a towel. I had felt myself too weak to stand.

At some point I started having heart palpitations. This was not entirely new, I had been feeling them off and on for a while, and had always more or less been able to dismiss them. But in this moment, they were the disconnect from sanity. In the next half hour I have texted my boyfriend. I have made my way to my room and struggled into some clothes. I have been put on hold on the phone trying to reach my neurologist, because I am sure that I am experiencing tachycardia, and I want to know if I need to get myself to the emergency room.

I am sitting on the carpeted floor of my bedroom, yelling at my boyfriend over text because he doesn’t seem to be taking me seriously. Can’t you see? I want to yell, to him, and to the uncaring nurses that have left me waiting, my heart is doing something it shouldn’t. I need help, now. I need someone to tell me what to do.

If I hadn’t been to the emergency room only a few days before, I might have gone right away, right then. But I was afraid, afraid of making something out of nothing, as the previous trip seemed to have been. I was in a strange land among strangers, and I feared their judgement.

They kept me on hold for thirty minutes. By that time I was irate; it was clear to me that the dying girl had been forgotten. I hung up, resolving to solve the problem myself. I could not stand, and I knew I needed help. It was still only late morning, so I crawled (literally crawled) on my hands and knees, across the line of salt, and down the carpeted hallway to my aunt’s room.

I was always struck by her bedroom, but not in a good way. It felt dark and unsafe there, with the heavy floral curtains perpetually drawn across the windows, the massive four-poster bed, and the lingering smell of an aged woman. When I crawled into her room, looking up at her from the floor, there she was, dressing, on the edge of her bed. She was wearing only a slip and a bra, and I remember seeing her comparatively pale, broad back, speckled with faint freckles. I had never seen the back of an eighty-four-year-old woman before.

She couldn’t hear me well. She never could. And in the moment, I could barely speak. I was trying to tell her something, something about my heart, and I was putting my hand on my chest. She told me to “go lie down for a while, honey.”

I crawled back to my room and dragged myself up onto the blue comforter bed. I lay, with the comforter half drawn over me, trying to calm myself. It wasn’t working. My heart was going faster and faster, and I was fading from consciousness. And then the cold waves started across my chest. These are hard to describe. It was as if they arose from one side, gained depth and speed, and spread coldly across my chest, making my breath come even faster and my eyes roll backwards into my skull. In that moment, I knew I was dying. I clutched at my phone to call my boyfriend; I didn’t want to die. I wanted to see him and my parents, again. And then it happened again and I knew there was no more time.

In the moments after, I remember hearing the sirens, distant at first, and then closer. The woman stayed with me on the phone because I had asked her to. Then I heard them at the door, and after some time, my aunt answering it. There was a confused exchange in which she assured them that she had not called an ambulance, and in that moment, I was so afraid. Afraid she would turn them away, afraid that they would believe her and leave me to die. I thought, wouldn’t that be poetic, if she were the reason why I died here, in this cursed place.

They came up the stairs. I couldn’t speak well, but I was sure I had only moments left and I tried to call out to them to hurry. And then they were in my room, and they were moving so slowly. Tears were streaming down the sides of my face. “My heart is beating so fast,” I sobbed to the men looking at me. They all looked so normal, and I felt as if I was in some alternate universe that they could not see. If only they could tear the veil and realize the enormity of the situation.

One man felt my pulse, and told the others that my heart was indeed going very fast. Thank god.

I remember my aunt sitting in the wicker chair at the foot of the bed with her two hands resting on the handle of her cane, looking very impassive as she cast her gaze over my trembling figure. Some part of me greatly resented her seeing me like this with tears on my face, helpless, and more afraid than I had ever been in my life.

I had hesitated, but they took me to the hospital. I walked to the ambulance. They gave me two doses of whatever they thought would tranquilize me in order to take the pain in my chest away, but let me assure you, the pain didn’t go away. Not for months afterward. The feeling that I couldn’t breathe- that didn’t go away, either. Not for months afterward. And still that girl is inside me. I feel her now, as I write these words. I feel the pain in my chest and the faintness at the corners of my vision. I feel the failure to take a full breath.

I try to run from this anxious girl inside me. The girl that, a year later, is still there. From that moment I was changed forever. A part of me I didn’t know existed had woken. That’s the part I try to ignore, every day. But the more I run from it, the more I am forcibly reminded of it. Where is that brave girl who drove across the country by herself? The girl who planted herself in a strange land, with strange people, to complete a project that was so vast and impossible and yet so important to her? Where is she now?

I miss her. I’ve had enough of the part of me that fears everything. The part that this morning, feeling the sudden pain in her chest, assured me that I was too far from any hospital or person who could help me, and would surely die.

If I could, I would kill her.

anxietyenduringfearfeeling like you're dyingnot being heardreflectionstrength
You May Also Like
dauntless (a note of gratitude for the ephemerality of life)mj@thelovestory.orgJanuary 7, 2022April 26, 2022