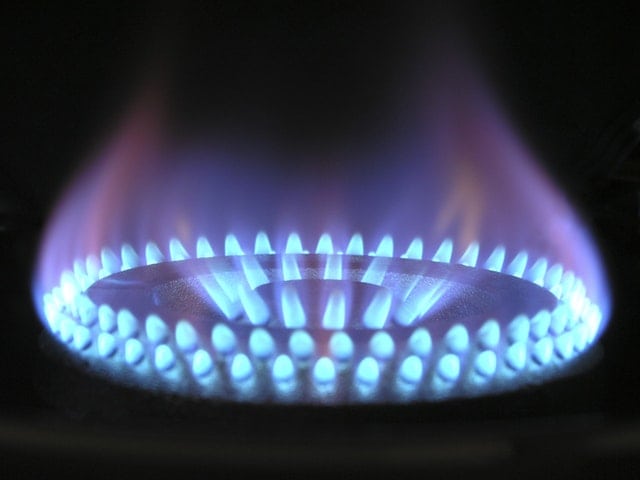 “Even though it’s antithetical, vulnerability is truly in and of itself the only real power that an individual has. All of your strengths are actually all of your weaknesses.” -Peter Harper

Three words that triggered Angelie. Everybody has an identity phobia, “You’re dumb,” “You’re a fraud,” “You’re worthless,” and for Angelie, that is “You are crazy.”

After he said that, a deep part of psyche, probably pulled from the reptilian brain stem, came out.

She sent him a Dave Chappelle clip on when people call other people crazy.

“The worst thing you can do to somebody is to call them crazy,” Dave started.

She followed the clip with a simple statement.

“I don’t want to date you either. You are gaslighting me. It is the rudest and most inappropriate thing to say to someone after they have poured their heart out to you.”

Angelie has a Ph.D. in dismissing people and making them feel like shit.

She can even go so far as to pull in their deepest secrets and use it against them. A manipulation tactic that perverts the very nature of her work, which is to shed light on wounds. But if she uses their wounds against them, to highlight their shame, her intent is to destroy their self esteem. When Angelie feels threatened, she pulls out the claws.

“By the way, your auntie is not crazy. She was gaslighted too. Gaslighting comes from serious emotional wounds that are unresolved. I use to gaslight men without even realizing that I was doing it. I thought it was just a sign of love, but it was learned behavior. It came from dealing with emotional abuse as a child.”

Boom. Here’s a truth that I know about you that you did not think I knew. Let me fix you, you ignorant coward.

Angelie is rubbing salt on wounds. Wounds that he had trusted her with.

She’s dangerous. She’s too insightful.  Looking into the souls of an individual and using their wounds as weapons to hurt them back is insidious and outright evil.

Then a few hours later, a wave of guilt came over her.

Fuck! I’m doing it again.  I’ve resorted to fighting dirty so I can avoid the responsibility of actually holding space for where he is at.

She thought it was easier to dismiss and make wrong so that she could protect her heart rather than have it open and vulnerable to the truth. She was convicted by Holy Spirit and the recent learning she made from Dr. Jordan Peterson’s 12 Rules for Life talked about the importance of telling the truth, or at least, do not lie.

“I’m sorry. I didn’t mean to accuse you of gaslighting me. I really do love you. I thought about our children’s eyes, mixed with brown and blue.”

“Okay, now you’ve gone too far. I’m going to block you now,” was his reply.

Well, smart move girl. Now you’ve just given him evidence that you are crazy. Bipolar crazy, as if he didn’t already know. It’s all over the internet and he’s a digital marketer, so he knew before you told him. Now, he’s afraid of falling in love with a girl who is “crazy.”

Her heart tugs. She knows that he was beginning to fall for her as well, perhaps even sooner that she started taking notice towards him. She had imagined professing her love for him at the Showcase. They were five days away and he was open to passing out some flyers for her and helping out with some filming to complete his volunteer hours.

But that did not happen. Instead, Angelie was left feeling a bit empty and disappointed that he was not there. She was hoping that there was a sliver of a chance that he would show up at the showcase. She was looking forward to introducing him to her friends and sister.  Instead, she had to give her sadness to God and shift her focus on the love that was already present in the room. Her two girlfriends professed their hearts to the men they loved. Angelie was proud. This is true feminism at its finest. Women are empowered to express their desires, straight from the heart. But presentation and patience is everything. She dropped the L bomb on a FB messenger with an expectation even if she did not realize she had an expectation.

His natural reaction is what million of men across the United States would say after a no-sex second date:

On the morning of the Break Open Showcase, Angelie knew the chances of his showing up were slim, but she had to tell him the truth, with an invitation–a sliver of hope. She promised herself that she would not make it mean that he’s an asshole if he doesn’t show up, or a selfish coward, or a malicious man.

She had written a four-page letter explaining her wounds, explaining why she said she loved him so soon, why she sabotaged it. She was saying all the things to confirm his fears, but not actually saying the truth of her heart. She was manipulating it in an effort to appease his misguided truth about her–in fact, feed into it so he wouldn’t know just how tender, loving, and deep she could be–in that other life once upon a time ago. She played into the gaslighting and perhaps, they were both playing unfair.

It was illogical to him that a woman would fall in love so soon with a man without even knowing him. To him, it was logical that she was going to use him, and make him the object of her emotional punching bag, or to project all her wounds and daddy issues onto him. He already knew about her resentment against her ex-husband, the whole reason why she started The Love Story project as a venture to just get back at him. Spiteful and scary. He was afraid of her, more so than he was attracted to her.  He pictured her as a black widow, or a siren perhaps, seducing men just to trap and destroy him.

He wrote back a few days after the Broken Open Showcase.

“I’m just getting beginning to get back on my feet here in LA,” he said in the reply to the letter.

“This is not normal behavior. You are screaming red flags. You sent me food to my work and I never even have given you my work address. You must have done research.”

“I don’t want to have anything to do with this anymore. Your acting this way is not my problem. I think you need help.”

A sinking feeling. She could feel her heartbreak again. Depressia, is what Tomer Peretz would say. That spirit is so wicked. The misunderstanding of two people falling in love but is afraid too cowardice on both parties to fall in love because of old wounds unprocessed.

It was obvious to Angelie that Rylie has been avoiding processing the pain through busy work, traveling, one night stand dating, and drinking the way Angelie had been avoiding processing the pain of her past by the same distractions. She knew that he was also speaking from his wounds. The unprocessed ones are the most dangerous because they show up without the person’s full knowledge or control.

She remembers writing this down at Milestone, the transformational workshop she had taken about self-awareness.

She realizes that Rylie has not distinguished the reason why he wanted to avoid her. He was beginning to fall too and the red flags were from the previous woman who had gaslighted him, used him as an emotional punching bag, used the hot and cold torture methods of psychological warfare, and made him feel lesser than, not good enough, and cut him down with her critical tongue.

It was a protective mechanism to dismiss Angelie’s professing of her love to him as crazy and to misalign her action of sending food to his work as psychotic.

It’s just easier, safer, and convenient. He can not afford to spiral down to the depths of depression once again. Not when he’s just getting back on his feet and establishing himself in a new country.

That way, he wouldn’t have to deal with the pain of loving with the even more real pain of losing.

Because the truth is…

When Rylie loves, he loves deeply.

When Rylie loves, he gives it his all.

When Rylie loves, he dedicates himself to the singular focus of providing, protecting, and building a family for her.

The world will revolve around her.

And if she is not grounded, he will fall apart.

“If I had stayed in the last relationship, it would have been the death of me,” he once told her.

Rylie had every reason to call out the red flags.

Because she had done the same to her exboyfriend, Malachi, whom she had reached out to a few days after his email. After a two year period of silence, Malachi had called back, professed that he still loves her, but admitted the same thing Rylie had admitted about his ex, “I couldn’t stay with you. You would have been the death of me.”

Something Angelie realized is this:

If the female is ungrounded, the man is doomed to becoming pulled down with her like sailors to sirens. Because when a man gives his whole heart to a woman, she becomes the world that he builds his life around.

When Rylie had asked her, “Why are you doing this?” she had given him all sorts of reasons.

“I wanted to push you away.”

“I am terrified of loving.”

“I have unresolved wounds.”

Those were white lies.

They were told to save her from the embarrassment of being possibly rejected by him.

The truth is simple.

“Because I was hoping that you would say that you loved me too.”

That was the real truth.

“Men are not complicated,” Rylie once told her.

The truth is not complicated either

“I said I love you because I was hoping that you would say you love me too.”