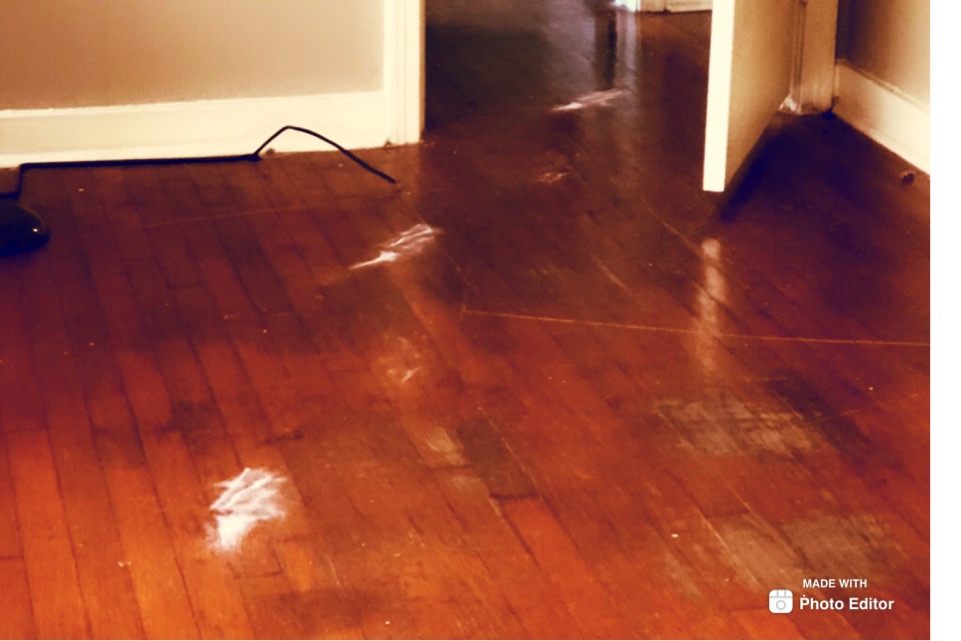 Fiction. Based on a True Living Space

I went about my life as I knew how. I attempted to decorate the house. I took care of my children, and I went to work. My job at the time was routine but stressful. I was overworked and underpaid, but then again everybody feels like that about their situation. I went home and prepared to do it all over again.

I was okay with the mundane because I was working towards change. I heard a story once about a young Shepherd who would be king one day. After receiving the message, he didn’t move into a palace; he went back to his work in the field. It was like that for me. I knew that a new season was coming in my life. All I had to do was get through the middle.

The middle portion began with small things. Noises that I assumed were typical house shrinking noises. Cabinets opened that had once been closed. Doors closed that had been open. That’s happened before right?. My mother’s house was passed down to her by my grandmother. The cabinets were so old that we had to tie them together with rubber bands to keep them closed.  It’s only normal for cabinets to malfunction after a while. Right? So, I didn’t think much of it. These were small things.

Then the small things got bigger. For one, Eric came back. He always did. And I always take him back. For two nights he stayed with me, and the kids and things were as good as they still are in the beginning. You know the whole “I love you.- I love you more” idea.  The morning he left I sat with the kids and watched PBS. Odd Squad was on, and we sat mimicking Odd Todd and his infectious laugh. That’s when we heard it, a loud crashing sound like glass shattering into a million pieces.

Thinking it was a gunshot, I made the kids get down on the floor. Our neighborhood wasn’t the worst one in Jackson, but I had some questionable neighbors. So, for a few minutes, we waited, then I got up and searched the house for broken windows.  I couldn’t find one; what I did find baffled us all.

One of the large mirrors that had been bolted to the basement wall had fallen into a grand pile on the floor. My daughter who was six at the time said out loud what I couldn’t stop thinking; “That’s weird ain’t it Mama? We wasn’t running or jumping around. We were sittin’ down in the other room, and it just fell by itself. Ain’t that weird Mama?”  It was weird. However, things happen. Don’t they? So, we stayed.

Then Eric came back. This time he stayed a little longer which was normal, and it ended the way it always did up until that point in our lives. Somehow, I was wrong for leaving him in the first place. He never did anything terrible to me. He’s never cheated, never lied, he was always home at a decent hour. It was I who had done all those things. It was I who was wrong. I was even crazy for getting the house without his prior knowledge also though he told me to “Get Out” (because apparently when a man says get out- he doesn’t always mean that). Go figure.

The night he left I lay in bed drifting off to sleep. Remember that my bedroom was on the right side of the house. The girls’ room was next to mine, and my son’s room was in the middle. To the left was the basement, and the loft. That’s where the footsteps came from.

There was a distinct sound that came from the different flooring scattered about the house. The parlor, the living room, and entire right side of the house was hardwood.  So, the sound of someone walking made a kind of boom, thump from heel to the ball of the foot. The kitchen and dining room had some plastic tile stuff, so the sound of footsteps was a quieter thump with almost no boom. My son’s room was the only one to have carpet, and so footfalls were virtually silent. Then the loft had half hardwood flooring too, and the booming thump returned, and the wooden stairs always creaked during the passing.

That night, I heard a boom, boom; like the sound of only a heel coming from the loft. I listened to the creak of the stairs. Then more boom, boom, boom as something sounded like it crossed over to my side of the house. It seemed to stop at the doorway to my bedroom. Mind you that I was drifting off to sleep. I thought I was dreaming, dreaming that I was being watched. I had the strange, impending sense that someone needed to talk to me about something vital, but they didn’t know how to say it.

Then the boom started again and retreated across the house and up the creaking loft stairs. “Rats,” I thought in my half-consciousness. Because that’s what I thought it was, rats. So imagine my surprise when I woke up the next morning and found footsteps leading from the loft to my room.