Embarrassing Confessions of a Marine Lieutenant

Embarrassing Confessions of a Marine LieutenantThe Love Story CreativesFebruary 12, 2016May 12, 2019 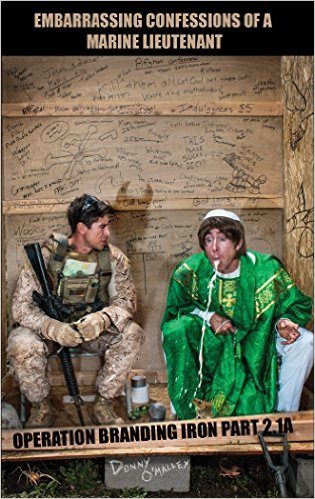 Once I got to combat and experienced killing other men who Uncle Sam and I both deemed to be pieces of shit, comedy became a fun way to deal with watching human beings get maimed, and killing became the most exciting thing in life. (Killing vs. pussy…still a toss-up.)

After returning home from combat, the Marine Corps put me in Wounded Warrior Battalion and began the medical separation process. (I wasn’t hit by enemy fire, I’m just a pussy made of brittle glass.) Once I knew that my war-fighting days were over, I fell back on my old passion: comedy. I spent my free time, laid up on the couch, turning all my old journal entries and crazy experiences into decently written stories with the intention of publishing a bunch of books. I wasn’t sure what the books would be, or in what order; I just knew I would write books and make people laugh.

It was obvious from day one that my military stories were my best stories, but I was so depressed about not being in the Infantry anymore that I avoided anything military, including military movies, books, and especially, writing my own military stories. Instead, I wrote my old college frat partying stories, usually involving booze, sex, and fighting. I tried not to think or write about the Marine Corps Infantry, because the Infantry—the one true love of my life—was gone.

While I was laid up post-surgery, writing my childish stories of partying, a weird thing started happening. Friends of friends started killing themselves—and they were all combat vets who’d been to the area I was in. Thanks to the surgery, I was constantly fucked up on narcotics, plus I didn’t know any of these guys—so it didn’t hit me hard, it just made me wonder, What the fuck is goin’ on?

I became compelled to nut up and write my Marine Corps stories.

As I rewrote my old Marine Corps stories and journal entries, I quickly realized they were horribly inappropriate for any normal person, but were far less appropriate for a Marine Captain. So like a pussy, not wanting to be criticized, I watered my stories down to make them less offensive, childish, and unprofessional.
That made me a fucking phony.

The truth, validated by everyone who has ever known me, is that my sense of humor is terribly offensive, my personality is embarrassingly childish, and when I tell of a group of guys a story, I am the polar opposite of professional.

While in Wounded Warrior Battalion, I made friends with a guy named Art Lazukin. Art was a rifleman in First Battalion Fifth Marine Regiment when he lost his legs to an IED in Sangin, and like me, was being medically retired. I sent him the link to a few of the raw and unprofessional stories on my website, and two weeks later he texted me with the most meaningful compliment and influential advice anyone has ever given me.

“Dude, as soon as I feel a glimpse of sadness, I go on your website. I’ve been rereading it, and it’s the only thing that makes me laugh hysterically. Can’t thank you enough bro, you’re doing God’s work. Thanks once again bro. Keep being raw and honest, fuck what anyone says, and no matter what DON’T EVER STOP BEING YOURSELF.”

I took his advice to heart, and decided that I wasn’t being honest enough in most of my writing. I realized that I had changed my thoughts to be less offensive because I didn’t want people to judge me. So I went back and took the water out of my stories. I made the dialogue more raw and realistic, I wrote about more embarrassing things I’d done, and I included more of my own vile thoughts, all of which I was initially afraid to publish.
The results of my changes are the most politically incorrect, inappropriate, unprofessional, and embarrassing stories about war that have ever been written. The things I say in this book should not be written by any man, let alone a Marine officer. Every senior officer who reads this will slam me, military historians will be shocked, and normal, good-hearted American citizens will look at me like I’m a sociopath.

Making this more exciting for me is that I don’t give one flying fuck what they think, because when it comes to the opinions of anyone who is not a door-kicking, minesweeping, chain-smoking, Rip It-chugging, gun-wielding, body-slaying combat veteran, I give ZERO FUCKS.

After all, I’m not writing for them. Every war book ever written was written for them. Not a single war book has ever been written specifically for enlisted warriors, without regard for what anyone else thinks, until now.

I write because I want your attention.

I want your attention because our nation’s combat veterans are blowing their own brains out at a rate that is hard to comprehend. When combat veterans get out of the military and lose the brotherhood that has supported them for years, their life gets very lonely, and very dark. The demonic parasites that have lived inside them since going to combat will eat at them every day until they finally decide the only way to kill the demon is to kill the host.

As combat veterans, we have to be there for each other, every day, until the day we die, even if it’s just to share a laugh, or share a nightmare. We must stick together. Civilians cannot help us, only we can help each other.

Remember my friend Art? The guy who is most responsible for the honesty in my writing? He fed himself a bullet on March 29, 2015. He was so goddamned caring and considerate that he used a pillow to silence the pistol and minimize splatter. He was just that kind of guy.

He was one of way more than 22 veterans who killed themselves that day.

I don’t have the answers, I just have the ability to make people laugh and bring people together, and that’s what I want to do with this book.

My masseuse was not the slightest bit attractive, although it’s hard to say for sure. Every guy knows that for 10 minutes after jerking off, nothing in the world is attractive. All sexual objectivity normally assumed by women is gone, and they are reduced to being actual people, with feelings, hopes, dreams, and even families who love them. So who knows? My masseuse could have been hot…I just wasn’t in a position to judge.”

Do you Love O’Malley the way we do?

You May Also Like
Journaling: The Importance of Processing EmotionsMelissa CamachoAugust 6, 2022August 6, 2022 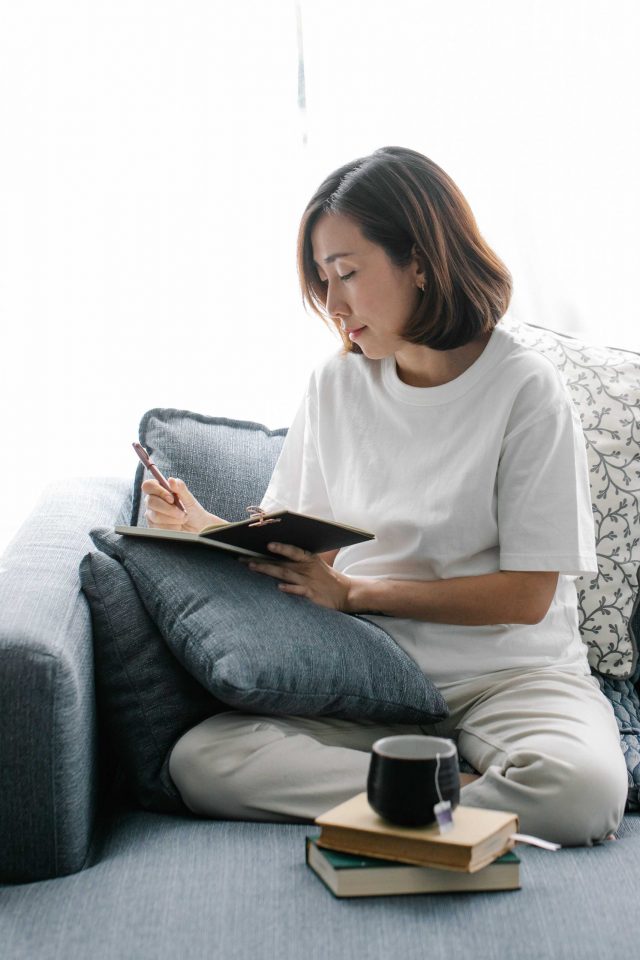