“Deferred Dreams” Fiction. Based on a True Setback with a Dream

“Deferred Dreams” Fiction. Based on a True Setback with a DreamThe Love Story CreativesMarch 11, 2019March 11, 2019 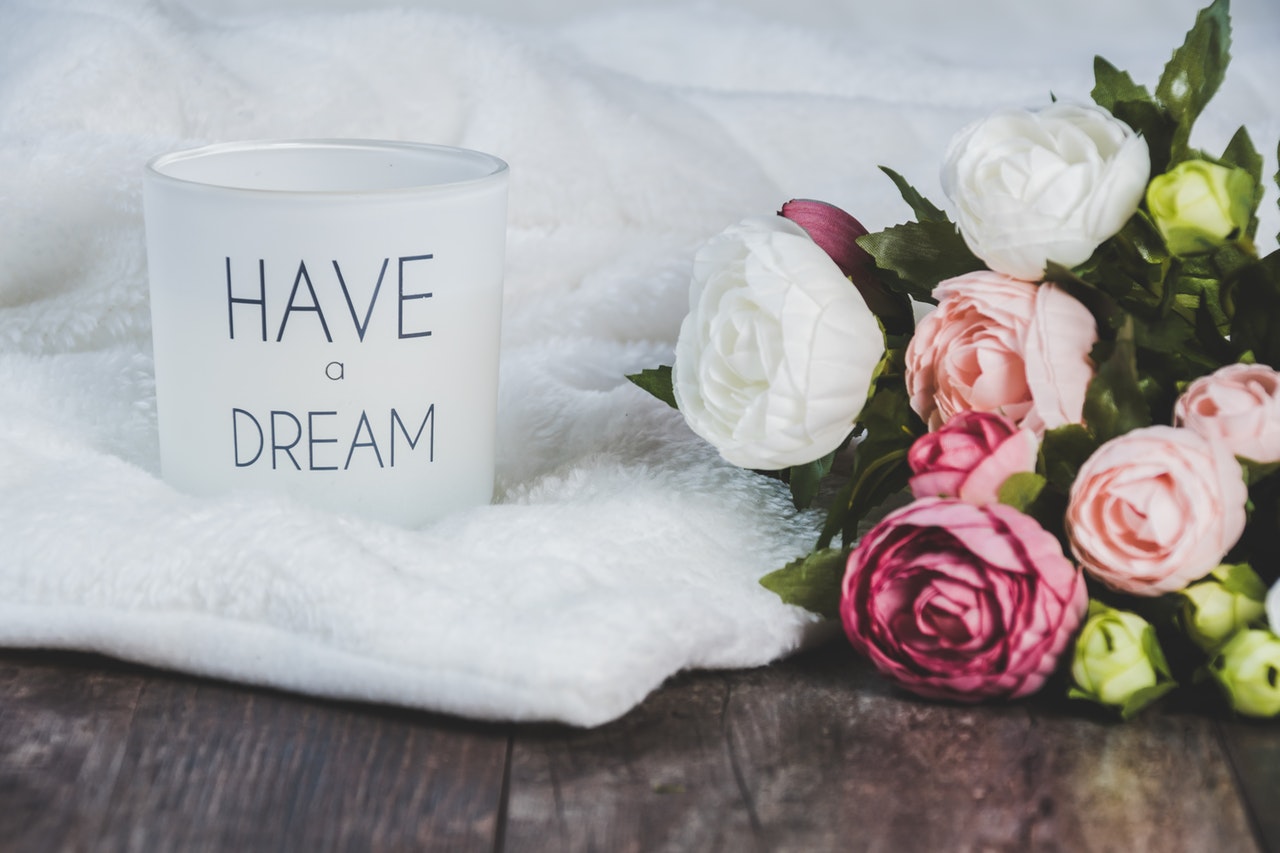 Fiction. Based on a True Setback with a Dream

When dreams don’t happen the way we want them to, when they fall through and seem to crumble in our hands, it feels like you’ve been stuck with a heavy blow. All the hard work and effort you put into that one thing seems to be for nothing. You’re left holding the broken pieces and screaming to the darkness, “Why?! Don’t take this from me!” You weep your tears and lick your wounds, cycling through it all over and over, watching the moment it all fell apart.

My dream, the only clear path I had out of college, didn’t go like I planned. The plan was to go to Scotland for five months or so and serve as an intern, to travel and minister, reaching those in the dark places and bring hope. Tickets had been bought, bags were packed, goodbyes were said. I shared my dreams with a group of friends who were pursuing similar paths. I was going to be the first to leave. God seemed to have all the stepping stones laid out for a clear path.

Then the day came when I did leave. I boarded my flight alone and headed across the ocean. London greeted me with its winding Thames and overcast skies. The airport greeted me with lines and a customs officer who asked the question that sent the trip careening sideways.

“You’ll have to step aside.”

Being pulled aside, knowing in the back of my mind that I didn’t have a lot of time until my connecting flight was leaving, set off my already heightened anxiety. My tears come because of two things: sadness and frustration. When I encounter situations, I can’t control or throw off my plans in big ways, I get stressed. Stress crying is not fun. It makes me seem hysterical and uncontrollable when in reality I just need people to back off and give me some space and time to process.

Minutes turned into hours. I sat in the middle of the airport in the roped off area that is a temporary holding area for those in a suspicious flux state. It also happened to be where everyone could see me with my tear-stained face. It’s the area you don’t want to get sent to and the other passengers can look at as they wait to pass through customs—a warning area that you better have all your paperwork done otherwise you’ll end up in here.

A customs officer came and took me to the back room where they hold you when you’re officially being detained. Such a fun experience for someone who thought they were following all the rules and had not put being detained at the border on the list of things they wanted to experience that day. If you’ve never been to the detainment area of an airport, it looks like a DMV that you can’t leave. They also take all your things except your wallet and put you in the room where you wait and wait and wait until another officer comes to interview you to figure out why you’re being detained. A dreary room with uncomfortable seats and no explanations. Not much to do but cry and contemplate your situation, maybe read the poster with inspiring quotes from people such as Maya Angelou and Mao Zedong. You pray and hope they resolve the issue soon so you can be on your way. Get the occasional phone call from your parents who say they’re doing everything they can—calling congress people and embassy workers and possibly the president—to get you on your way. The workers are nice but guarded. Obviously, a 5” young woman who is crying constantly is a threat.

Hours pass and time seems to be out of whack. Being stretched across a few different time zones doesn’t help. Eventually, your interview comes, and it ends up just being a conversation about how you have to be sent back to where you came from. They give you an official letter of deportation and everything. This was definitely not how you saw your day going. You know that people are praying, but you’re not feeling them.

Once your fate has been determined, they give you the option to sleep in the detainment area or take a ride to the care facility where you can shower. Of course, the shower is what influences your decision. And the thought of sleeping in a bed for the night.

One scary van ride through the dark, Orwellian-feeling streets and several security check-points later, you arrive at the care facility. It’s basically a prison where you can have your things except devices that take photos. You wait in a room that feels like a prison room with sad beige walls, a bug crawling across the faded carpet floor, terrible florescent lights and a sad slightly ripped flower poster on the wall meant to add a bit of cheer, but it only makes you feel more confined. The tears are stopping. It only took twelve hours to wring you out. 1 am is a magical time to be stuck in a care facility.

The doctor there gives you a once-over just to make sure you’re physically all right. The poster on the wall says, “Top 10 Ways to Not Be Stressed.” Number 1 was “Don’t Worry.” I only had to come a couple thousand miles to discover the secret to getting rid of anxiety. Thanks, creepy poster. Cheers.

They lead you upstairs and it’s a dim hall that feels like a dorm. Oh boy, a pool table. The rooms are less than thrilling but at this point, the pounding headache and exhaustion have given me this nice bubble of humorous apathy. The shower lets me feel human again, and the girl I share the room with who found herself in a similar situation allows me to commiserate with another human. The joys of traveling.

The next day moves quickly with meeting the other residents on the hall, each with their own stories. I still hold the papers they gave me at the airport—like some strange security

blanket. The words still feel unreal. Soon it’s time to go. I had just ordered lunch but didn’t get to eat it. Fish and chips had been on my list of things to eat in the UK. Another scary van ride through what looked like an abandoned concrete plant—where I was sure I was going to be killed—and another security check later, I was back at the airport, escorted by two customs officers all the way onto the plane.

The highlight of the whole ordeal was the small cup of chocolate and orange flavored ganache I ate on the flight back. I can still taste it to this day.

That whirlwind trip left me with a sense of confusion and humorous bitterness that I didn’t quite realize until a month turned into months. Friends were leaving for their trips, people who had been praying for me around the church wanted to talk about the trip, and I didn’t want to be in public. News of what happened had spread amongst the staff, not out of gossip but because they wanted prayer warriors to intercede and get me to my destination.

But a part of me felt like my story had been violated like I was now the center of everyone’s talk and they knew what had happened. It seemed like everyone knew what had happened, and I wasn’t ready to share my experience yet. The rawness of it grew into a wound that’s deepness I didn’t realize until recently.

I felt pity, and I didn’t want to be pitied.

I felt left behind.

I felt like a failure for having gone so far and yet being unable to finish what I set out to do.

I felt sad that God didn’t allow me to have this dream.

I felt frustrated that I couldn’t do anything to change the situation.

I felt useless when people asked me what I was going to do now, and I had no answer.

I felt angry in the waiting.

I felt suffocated at church because I feared that people would look at me and know what happened like their support had been wasted.

I felt bitter watching my friends go on their trips and return with their stories, hating myself for not being happy for them and celebrating with them.

I felt like I didn’t know what to feel.

These months of wrestling with myself and God about this dream that didn’t seem like it was going to happen was difficult. Even difficult seems too simple a word to describe everything. I kept hearing “not yet” and I didn’t want to hear it. Why have me go so far only to be told no?

Because growth is painful. Because the path I chose to take is one of faith and goes where I don’t expect it to go. Because it wasn’t the time to go. The desire continues to grow until it feels like it will burn out of my chest. But I was told to wait.

Explaining how one trusts amidst deferred dreams, holding onto that hope that one day it will happen, is a hard thing to explain to others. You almost don’t want to because you know they won’t understand. You don’t know how to express that pain of not having the thing you want so much yet but also the hope that the pain will make for a beautiful story later. Dreams and journeys are made up of the past, present, and the future, each piece of it weaving together in unknowable ways that can’t be viewed and appreciated until the end. I only have an inkling of what lies ahead and still carry the hope that one day I will have this thing that I want. This season’s journey is not over yet, and there’s light at the end of the tunnel.

dreamshopepatiencetravelwaiting
You May Also Like
dauntless (a note of gratitude for the ephemerality of life)mj@thelovestory.orgJanuary 7, 2022April 26, 2022