“Closing” Fiction. Based on a True Event from my Life. 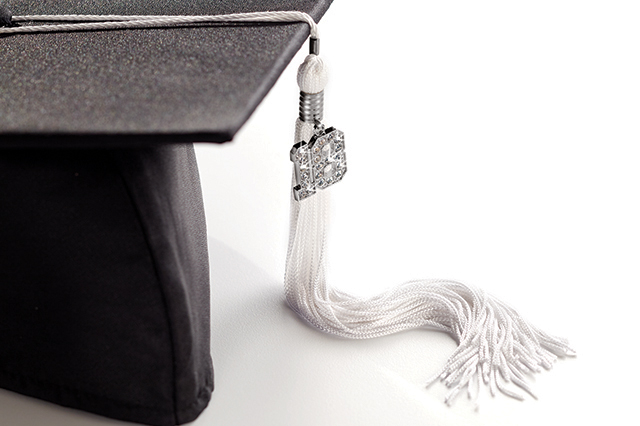 “Anything that’s hurt you, writing it is cathartic. You get it out of your system by writing it” –Tigercide

Fiction. Based on a True Event from my Life.

My stomach clenches as we drive to campus. Final papers have been turned in and the long journey is nearing its end. Black gowns and decorated caps. Four years spent getting to this point.

Yet the anxiety hasn’t subsided. Neither has the persistent nausea rolling around my empty stomach and clenching my throat. Another ginger candy hits against my teeth as I suck on it, trying to rehearse the small things. Shake with the right hand, not the left. Keep eyes ahead. Wait until the person ahead of you goes before moving. Don’t trip. Cords even. Smile. Tassel on the right. Don’t throw up on stage.

That last one runs around in my brain the most. I hadn’t eaten anything all morning because of it, so there would be nothing to end up on the stage incase my body wanted to revolt against me. Doesn’t mean it still wouldn’t try like it had been for the past month or so.

There’s still so much unknown after all this, the weight of expectations that still exist. My father thinks the anxiety will go away after graduation. He’s convinced that I wouldn’t be so anxious if I didn’t worry so much. I want it to as well, but it’s rarely that simple. Even slight relief would be welcome. Maybe the constant nausea will vanish.

The familiar roads and stores pass by, ones I’ve driven by hundreds of times. All the familiar remaining unchanging while so many things are changing in my life. Everyone says it’s just a part of growing up, but they seem to forget that I’ve never been as old as I am now. We all go into each day with the same amount of uncertainty about what lies ahead. People may have gone

down this path before me, but it is still new and unknown to me.

I look at my watch as the time draws near. Maybe it would have been better if I didn’t walk across the stage. It’s just a ceremony. But I guess it’s too late for that now. I always overthink small events like this. There wasn’t a rehearsal for this and that causes my anxiety to spike. Focusing the day into hours breaks it down to bite-sized chunks that are easier to swallow. To some degree. Breaking down the mountain so it’s less overwhelming. But it’s only a small section of a larger mountain range. Trying to hold onto my optimism is like trying to keep a candle lit against the wind, shielding it as it flutters and struggles to stay alive.

We’re on the main road now with the campus on the left. Closer now. No going back. That doesn’t help the hitching breath in my chest. I touch my neck to feel my pulse, trying to slow the erratic beating beneath my skin.

“Are you checking your pulse?” my friend asks.

Just making sure I’m alright. Just seeing if this all is real.

Just trying to ground myself in some way because I feel like I’m going to float off at any moment.

We park and walk towards the auditorium. Try not to think about the grades that haven’t been put in—that one pass or fail grade that won’t be finalized until tomorrow and carries more weight than this ceremony does. How would I tell people that I walked at graduation but technically didn’t graduate because of a failed grade? The education system at its finest.

There are so many people in the room, many I’ve come to know over the years. Maybe my friends here with psychology majors can help me work through my issues really quick before the ceremony begins. The name card in my hands tells me that I’ll be going third. Not a lot of time to plan, but that’s the curse when your last name puts you at the beginning of the alphabet.

Breathe. Don’t focus on the other things. One step at a time. It won’t last forever.

It will be alright. Everything’s going to be okay. Focus on the taste of the ginger candy and talk to the person next to you.

It won’t be long now. This chapter of my life will draw to a close. It’s bittersweet anticipation. Once I cross the stage and everything has settled, I’ll be able to appreciate how far I’ve come and what lies ahead.