“Best Friends Forever?” Fiction. Based on a True Friendship. 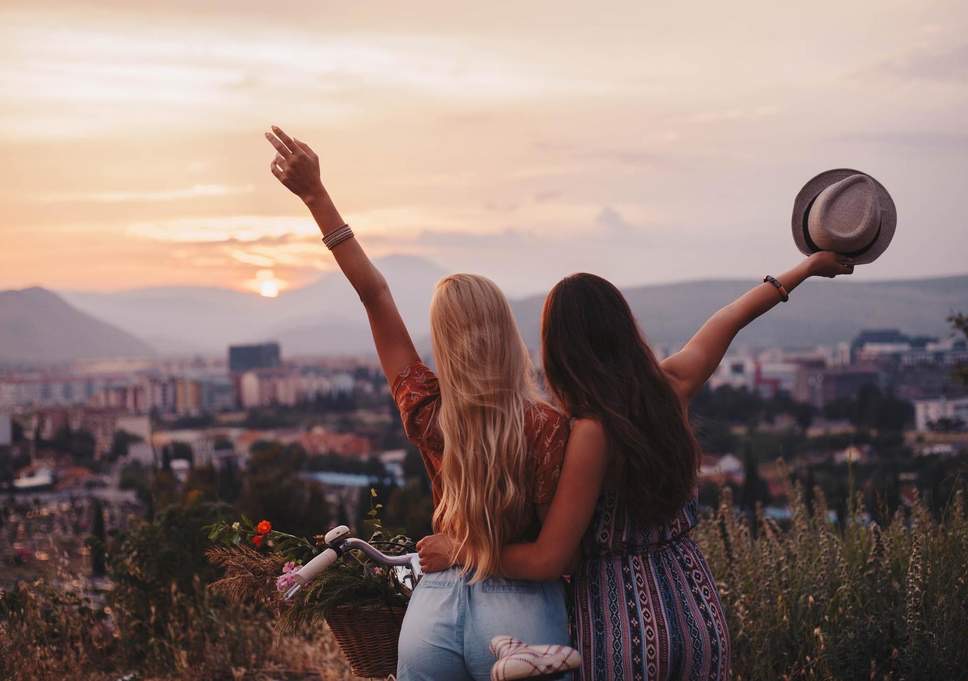 Heartbreak. Everyone goes through it. When one asks about heartbreak, I bet the first thing that comes to mind is a break-up. I truly believe a heart breaks for many reasons. Mostly it’s when we lose someone we love. That doesn’t always mean a lover. Sometimes one loses friends. Not in the sense that they die but they just become strangers. I truly believe losing a best friend hurts just as much as losing a lover, sometimes more.

You see, we were friends since we were babies. When we were children, we didn’t know what real friends were, but as we grew, we learned. We would have sleepovers that would turn into not sleeping at all. We spent as much time together as we could. We shared clothes and secrets. I shared my family with her. I shared my home. Lord knows she needed one.

We were in high school, but she was dealing with adult problems. So much darkness surrounded her, but she always said I was her ray of light. Things got rough, really rough. We were only 17, and she already had lost a mother and a brother. I couldn’t even fathom what she felt, but I listened to her, I was there for her. Everything she went through, I was there; I never left her side. My problems seemed small compared to hers that I just pushed mine away. I’d try to make her laugh as much as possible and just distract her from all the darkness. She was afraid of life and of what else the world could throw at her. She became a little dark herself. I didn’t judge her, never did. I tried to be the best friend ever, but there’s only so much a seventeen year old can do. So I pushed her to seek professional help until she finally did.

When we graduated, we each took our individual paths. She wanted to pursue her dream of becoming a fashion designer, so she moved to New York. We were okay with it though, and we knew this friendship was forever so no amount of distance would actually separate us. That’s what phones are for. So she left home and took on the world, and I couldn’t have been prouder. She was forgetting all the bad that happened and looking for good somewhere else. She was excited, and I had never seen her excited for something.

That first year apart didn’t even feel like a year. We talked every single day. We still knew everything about each other. Our new friends, our new schools, and our new adventures. We were still close as can be. I thought so at least. Because when she came to visit, she visited every single person except me. She saw all of our old school friends except me. I invited her to my house, and she never showed up. I asked if she wanted to go out and she never answered. I got an invite to go to the beach, I knew she was going to be there, but I said no. If she wanted to see me she would’ve invited me herself, and she didn’t. She left again, and I didn’t even get a goodbye.

It made me anxious, not seeing her. My body was shaking with anticipation for the day that I got to hug her again. I was looking forward to it, and when it didn’t happen, I was crushed. I wanted to see her, to spend time with her face to face, not from a phone. I would’ve been okay with just one night but I got nothing. It made me mad, furious. I was so angry at her. I had put her first so many times and I was last to her. She couldn’t even show her face to me, and all I wanted to do was confront her and call her out but I didn’t. Because as much as I was angry at her, I loved her. I wanted to know her side, and why she did what she did. Her head hasn’t always been in the right place so I gave her the benefit of the doubt.

We talked about it finally, and she admitted that she didn’t want to see me because I reminded her of everything bad. I felt so awful. I didn’t want to be a reminder. Our friendship was based on the fact that I was her light, and now I’m the darkness? I let it go. I forgave her. Next year she would come back and we would see each other. But the calls were stopping, the texts were shorter. “I’m busy,” she’d say, and I was fine with it, I understood it. Then everything stopped. She didn’t come back. I didn’t hear from her again.

The person that knew me best left and didn’t look back. “We just drifted apart,” she said but did we really? Or did she just let go? Was I really that bad of a friend that she just dropped and continued on with her life? Did it hurt her at all? Or was I just part of what she was trying to forget? I cried for her. I hurt because of her. For months I felt hollow. Whenever I saw things that reminded me of her, I deleted them. Just like she erased me from her life, I did too. It was so hard because everything reminded me of her. She was such a huge part of my life that without her it felt unreal. I was so used to having her there that when she wasn’t, it felt blank.

That’s when I realized that as much as I thought I needed someone, I don’t. I have myself. I can count on myself. I have been a strong person for myself. I will continue to be strong for myself. I might need help once in a while, but that’s what therapists are for. I will do the work by myself. Don’t get me wrong, sometimes it still hurts. Sometimes I still see things that remind me of her, and I want to grab a phone and call her to know how she’s doing. But a phone works both ways and if she hasn’t tried, I’m not either. I’m fine with it, I accepted it, and I moved on. My life has flourished into something beautiful. It was a beautiful friendship. We may have grown apart, but we grew side by side for so long our roots will always be tangled together.

FriendshipLove
You May Also Like
dauntless (a note of gratitude for the ephemerality of life)mj@thelovestory.orgJanuary 7, 2022April 26, 2022