“A Woman” Fiction. Based on a True Stereotype That Needs to Change.

“A Woman” Fiction. Based on a True Stereotype That Needs to Change.The Love Story CreativesOctober 7, 2019September 11, 2020 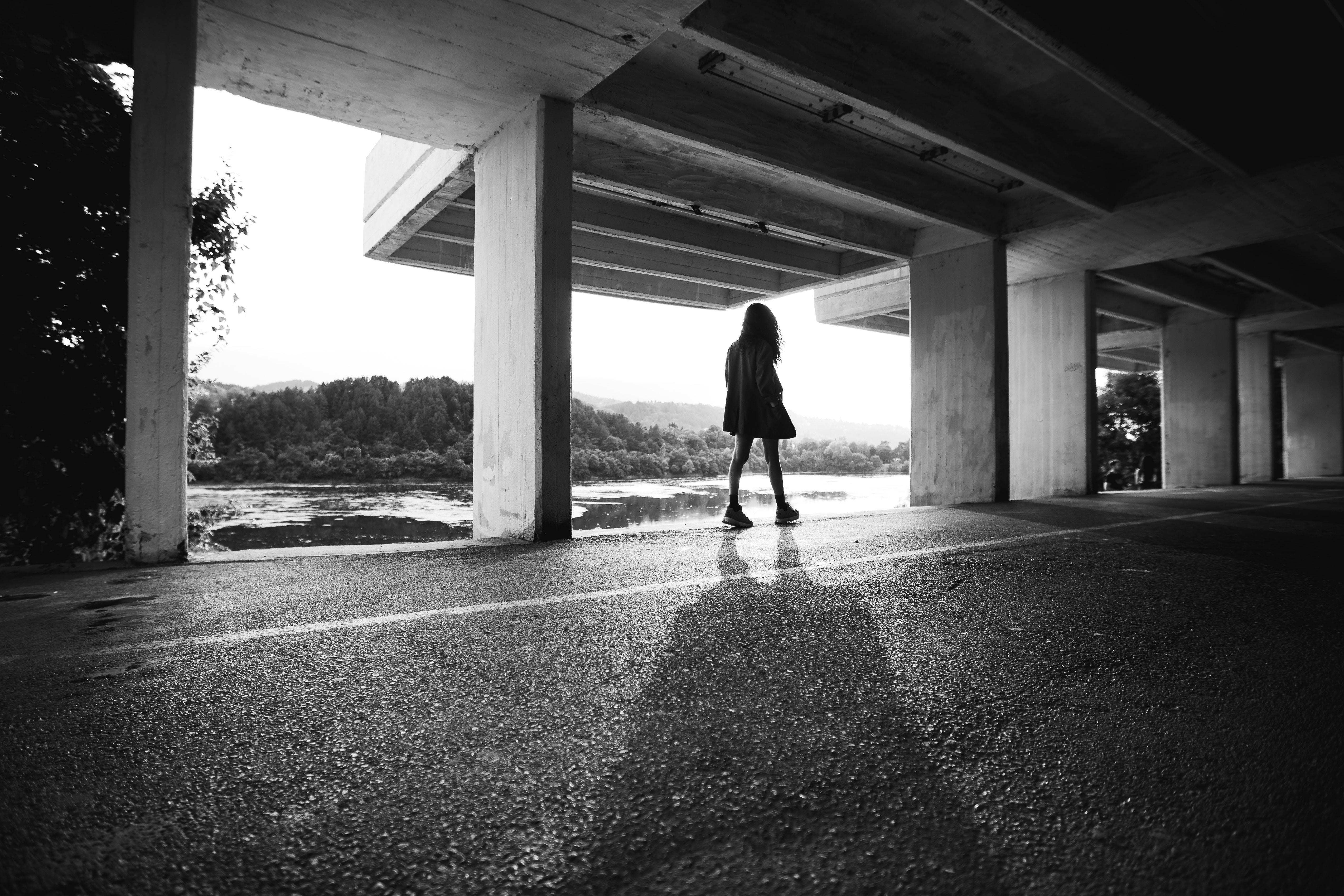 “These labels that we put on ourselves I feel like just really restrict us.”

Fiction. Based on a True Stereotype That Needs to Change.

“Women are created to have children,” they say.

“Are they? Then why are my ovaries lazy at only 22-years-old?” she asks. About a year ago, Veronica was diagnosed with Polycystic Ovary Syndrome. She has more male hormones in her body than she should. She doesn’t ovulate as a regular woman does. She’s been struggling with it, getting treatment just to maintain her body at ease. She has no control of her body, her hormones do. Sometimes she wants to smile and be happy but her hormones make her think she’s dying and tears fall down her face. If she could, she’d rip out her ovaries right now because of how much she struggles. However, she can’t. By law, the doctor’s can’t do that. She has to continue her treatment.

“That doesn’t mean you won’t be able to have children. You’ll be all alone when you’re old and no one will take care of you,” they always answer back to her. She doesn’t care though. Even before she was diagnosed, she didn’t want children. Now, with her syndrome, it’s even lower in her priorities. If she changed her mind later than she can adopt, there are always options. Right now, she’s not thinking about them. Even if she decided to have a child, that doesn’t mean she’ll have someone to take care of her. Children abandon their mother’s more time than they should. Getting married won’t help either. This society looks at divorce as just some paperwork. Even if Veronica follows the norm, there is no guarantee of having someone taking care of her when she’s old.

She lets the conversation go because it’s not worth it anymore. Time and time again she has said that she doesn’t want children. She doesn’t want to get married or even have a man in her life. What she wants right now is to further her career into a place where she’s comfortable financially and with herself. She wants to fulfill her career goals and personal goals. She’s slowly but surely getting there. Her purpose in life isn’t finding a man, falling in love, getting married and having children. That’s not even the way it goes nowadays. Now, you meet a person, have sex, fall in love, have a child and get married. Some might even have a child without falling in love. Some never even get married. And that is fine. Every woman is different. Some may want children, some may just want a husband and no children, and some may not want anything, like Veronica.

She loves babies and children. She can’t get enough of her little niece and nephew. She loves spoiling them with gifts and kisses. Yet, she holds no desire to have her own. She plays with them all day, she talks to them, really talks to them as if they were already adults. She likes to treat them like real people, because they are. They may be small and not understand the world yet, but Veronica enjoys learning about their own little world. It’s fascinating to her. How children go from a little microscopic sperm to a full blown person. Yet, she has no desire for one herself.

“Pull your shorts down,” they say. Veronica pulls them down just to please her family, but she hates hearing those comments. Why does she have to pull her shorts? So what? What are a few centimeters more of thigh going to do?

“That shirt is too tight, it makes you look like you have huge boobs,” they say teasing. Even though the teasing gets to Veronica. She rolls her eyes. Her family is old school like that. They believe she should wear clothes that cover every corner of her body. She has curves, even if she covers her body, it still shows. So, why cover it and not embrace it?

“What is wrong with having boobs?” Veronica asks.

“Men need to mind their own business,” Veronica states and leaves the room.

“Take that make-up off too, you look like a clown,” they scream at her before she leaves. She always gets those comments. She should only show skin when she’s in her home. She shouldn’t wear so much make-up. She looks like a ‘clown’.  If she doesn’t wear make-up, she doesn’t look feminine. So, what? She puts on whatever she wants, it’s her face.

Veronica goes out with the tight shirt that accentuates her chest. Some men look at her with desire, it makes her scowl at them. Some men are holding their partner’s hand and still look at her. Some men look, but try to simulate that they’re not looking. Some don’t even notice. Those are her favorite.

Some women even look at her. Some just check her out and others judge her. She notices it too. Women are the first to critique women. Why is that? Women should uplift women rather than look her up and down with a look of disgust on their faces.

Veronica doesn’t care though. She has her tight shirt and her shorts on and continues walking, minding her own business.

That night, Veronica’s friends invite her out. She hasn’t gone out in a long time and she wants to dance with her girls. So she complies. She wears a black dress that is tight on her skin, but not so tight that she can’t move in it. She puts her hair in a high ponytail, puts her biggest hoops, and her glowiest make-up. She feels gorgeous.

Her friends and her meet-up in front of the club. They all praise each other. They all look so beautiful. They enter the club and one of them suggests to start dancing right away. So they form a hurdle and dance between them. They weren’t interested nor looking at any guys. They were having a good time with each other.

Until a man starts getting on top of Veronica. One of the girls try to nudge him, but he turns around and starts humping Veronica. Disgusted, Veronica nudged him hard with her elbow in the ribs. “Ow, stupid bitch, why you all up on me then?” he says while grabbing his side and leaving her.

Veronica rolls her eyes and turns around to dance again, but then a girl came pulling on Veronica’s hair. “You better not have been dancing with my man,” she says.

Suddenly, there is a fight and people pulling and pushing, but Veronica escapes with her friends behind her.

Outside, one of the girls says, “That bitch! Who she should’ve pulled  is the gross pig.”

“Gross pig? I saw you humping him,” the same girl says screaming right in Veronica’s face. They hadn’t noticed that the girl had followed them.

“I’m sorry but the problem is not with me, I pushed him away,” Veronica says and turns to walk towards her apartment.

One of her friends stops the woman from following her.

Why do women fight with other women? Women have enough problems against themselves, why add ourselves to the mix? Veronica thinks about the woman who has pulled her hair. She strokes the piece as if it were hurt. The woman was gorgeous, her tan skin brought out her piercing green eyes. She feels like she should go back and hug her. She could explain what happened and help her find a new man, one deserving. But she doesn’t. Instead she continues walking.

Veronica is walking toward her house. She debates whether to stop somewhere and get an Uber or just keep walking. Veronica feels fear. Not because of walking, but of what may happen walking by herself at night. There is a diner, but it’s about ten blocks away. So many things could happen to her in a ten block walk. She could get mugged, beaten up, raped, kidnapped. So many possibilities. Why is that the thought that comes to mind when walking by herself?

Veronica has her phone in her hand just in case. Her friends call her and she picks up. She tells them she’s fine and she’ll meet them at the diner. She hangs up and walks faster. Until a horn honks. She jumps a little, but continues walking a little faster not looking. Her hands start sweating and her heart is thumping so loud she’s getting a headache. She starts to dial a number with shaky fingers when the person says, “Girl, come on.”

She recognizes the voice and looks. It’s one of her girls. She lets out a breath. She didn’t even know she was holding her breath. She gets in the car and leaves. Thankful to be safe and on her way home.

The next day, Veronica arrives at her job. Her boss calls her into the office. As a gentleman, he opens the door, but with her peripheral vision, she sees him look down at her butt. She rolls her eyes without him seeing.

“So, there’s a new position open,” he starts talking and it peaks her interest. She has wanted to take on a new position for a while now. She knows she’s getting paid a couple bucks less than her co-worker, who is male. She keeps quiet because she really needs this job. If she gets the promotion she could be a closer step towards her goal. Yet, her boss is smirking at her when he tells her that he will put in a good word for her. She sees the look, that gross disgusting look men give when they’re mentally undressing a woman.

She says she’s going to apply and starts to get up to leave. He stops her, holding her by her arm and using a finger to stroke her. “Maybe lunch sometime? You and me? No business talk,” he winks at her. She feels as if she could puke right there.

She practically runs out of that office. She wants to pack her bags and leave, but she needs the day’s pay. She sits at her desk wondering when the last time she was grabbed like that was. It was her college professor. He had grabbed her and stroked her hair while telling her they should go out on a fun little date. The professor laughed as if it was a joke, but he gave her the exact look her boss just gave her. She wanted to barf that time too. She thinks it’s not harassment. It’s just men being men. But no. Men shouldn’t act like cavemen.

She gets home and runs to the shower. She scrubs the touches on her arm, but they don’t seem to go away. Thank God it’s just this, other women have it worse. She’s alright. She can deal.

She shouldn’t have to deal. But she is.