“A Home of Flesh and Bone” Fiction. Based on a True Hospitalization.

“A Home of Flesh and Bone” Fiction. Based on a True Hospitalization.The Love Story CreativesApril 5, 2019November 3, 2020 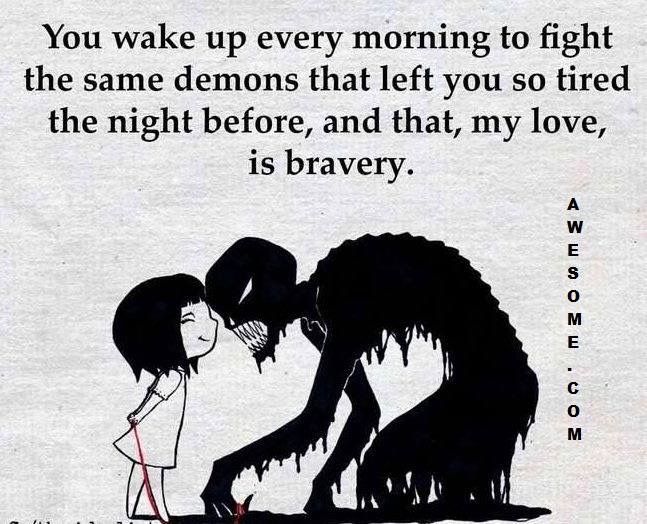 “People started viewing you as the representative of the madman.” – Jelveh Pedraza

“A Home of Flesh and Bone”

Fiction. Based on a True Hospitalization.

The first time I discovered what fat meant, my stomach sloshed with Chinese food as my six-year-old self waddled to the car. I clambered into the front seat to reach for a breath mint to cleanse my spicy pallet, but was abruptly yanked away by my father, who shouted at me to stop stuffing my face. In the backseat, as my family drove to the place they called home, my fullness seeped out of my eyes as tears and burned my cheeks. I cowered under the covers the next morning, waiting to hear the door slam indicating my father’s departure. I felt unsafe in my house, and, for the first time, unsafe in my body.

Dieting I knew boded successful results—my mother’s experience with Weight-Watchers proved it. I began counting “points” and attending the meetings with her. A world ruled by calories and pounds, where less was equal to success, became the only home I knew.

For three long years of my life (age 10-13), this world enveloped me. For a short year, I allowed myself to acknowledge my hunger, and in that time gained an amount of weight that although I now understand is normal, I then thought to be repulsive. Also, with time, the traumatic stages of puberty and High School drove away my best friend, along with many others, and left me alone and vulnerable in a hectic spiral called life. My brother suffered from Aspergers, my dad was addicted to exercise, and my grandmother never surpassed an opportunity to tell me how fat I was.

Desperate for an outlet, a source of comfort, I returned to the scale’s front step and begged it to re-adopt me. The scale labeled me as an obese fleshy failure, and informed me that my soul lived in a hideously disgusting home. The process of regaining control of my home became the core essence of my life; the fear of losing my home to lard and flab consumed me as voraciously as my want to avoid consumption. The desire evolved into what masqueraded as a rich, wise voice that whispered truth, be it encouraging or harsh.

The voice nestled inside my mind and prevented me from ever longing for anyone else. The voice protected me when eyes scanned my body hungrily, searching for faults. The voice guided me to the scale three times a day to be evaluated, criticized and labeled. The numbers transformed into grades of self-worth and personal value; less equaling more. To every problem that I faced, the solution was to eat and weigh less. The voice comforted me through every rejection and betrayal with the promise that eventually I would be beautiful enough to be loved. Yet, every offering of love in the form of both romance and friendship, I immediately rejected, simply because the voice instructed me to do so. I shriveled up into a useless package of bones, convinced that I was on a track to success and happiness.

My efforts were soon thwarted. My mother became concerned that I no longer menstruated and scheduled a doctor appointment at Children’s Hospital.

“Have you been eating well?” the doctor inquired.

“I’ve been eating healthily,” I retorted, but she dragged me to the scale and frowned at the number that provided me with such pride. After a month of continued dramatic weight loss, she diagnosed me with anorexia. The label for my state of mind and my efforts provided me with an intense sense of success. For the first time in two years I felt accomplished and at home within myself. But of course, everyone wanted to yank it away from me and return me to my former corpulent state.

The night of March 21st 2010 (only six days after my sixteenth birthday) will be forever imprinted in my mind as the most excruciating of my entire life. The bars around the hospital bed caged the writhing, screeching beast within me as two nurses jabbed an IV into my arm and my mother gazed down upon me as though through a foggy window, her expression impassive. The repulsive sugar-water seeped through my veins, corrupting my insides with frozen torture. My pleas and terror disregarded, the nurses injected two liters of fluid into my formerly immaculate body.

The staff member that led my father, mother and me onto the unit spoke in a leisurely southern accent as though touring us through a hotel rather than a psych ward. She plopped an apple, yogurt, and turkey sandwich in front of me. I refused. She offered me 500 calories of liquid nutrients. I refused. She offered to shove a tube up my nose and pump the liquid into my stomach. I drank it instead. As the atrocious fluid slipped down my throat, my body dissolved into icy failure.

Fatfatfatfatfat the voice hissed as my efforts over the past six years of my life crumbled.

Now I had sisters. Not biological, but even more bonded. We shared the same experiences, the same thoughts, and the same voice in our heads that our therapists called Ed; an abbreviation for Eating Disorder. Everyone welcomed me despite how angry and terrified I felt. Melissa held my hand through the horrors of cinnamon rolls and whispered words of courage when tears stung our cheeks at the sight of apple pie and heaping plates of rice. Rae and I partook in desperate discussions in the late hours of the night, comparing the size of our thighs and watching week by week as they expanded, while Alison and Lena recited Bible verses to us and prayed for our redemption from this supposed devil that possessed us.

Carbsfatfatfatfat the voice screeched at us, but together we fought to ignore it, since it was the only choice available to us besides a tube shoved up our noses. Our fear and suffering unified us into the most wonderful family I have ever received the pleasure of being a part of. Their friendship and encouragement replaced my insecurities, resulting in Ed receding into the back of my mind, which caused my home to feel forlorn; as though a close friend had moved out, leaving me all alone. Yet bite by bite and pound by pound, I began to utilize coping skills the therapists taught me (that before I attempted to resist and ignore, to cling to what was familiar and comfortable), and my refusal to recover gradually turned to ambivalence.

Discharge from a psych ward oddly was the most melancholy time of my life. I requested to leave at the very last minute, allowing myself as much time as possible to adapt to the notion that I was now in charge of my own body. I felt miserable being ripped from the people who taught me to honor my body as a temple, and I was horrified of returning to the place where I would be alone again. I hugged my sisters as tears cascaded down our faces. I shuffled to the parking lot, my parents flanking me on both sides, in sullen silence to disguise the fear of the unknown which sloshed through my body and threatened to spill out my eyes.

My fear caused the Ed’s voice to return, to offer me advice. I sat in a restaurant the next morning before our flight home with my mother and father, facing my food for the first time in three months without the threat of a feeding tube. Ed screamed and bellowed that restricting lunch would solve all my problems and eliminate the fear.

Then, as though a light switch flickered on in my mind, logic crashed over me in rippling waves. How the hell would starving myself abolish my fear? It would only recreate the misery I experienced in the place that truly is my real home—not only the house I lived in with my mother, father and brother, but the body that houses my spirit. Destroying my body resulted in insanity and the demise of the one thing that would always be mine and, where I would live for the rest of my life. Slowly, I reached for my sandwich, and bit into it, relishing the energy that nourished my body.

I gazed desperately into the mirror, willing the illusion to fade, to reveal the girl they all admired too fondly. For the first time, she blurred into focus, not measured by the size of her hips or the roundness of her stomach, but by the depth of her hazel eyes, the flow of her hair, the way she gazed back at me with the slightest hint of self-assurance.

My mother knocked on the bathroom door and opened it a crack. “You okay?” “Yeah,” I replied, “I’m fine.” “It’s so good to have you home” she stated, her eyes boring into mine. I prepared to lie, but the words that poured out of my mouth spoke the truth. “It’s good to be home.”

Today, nine years and two more inpatient treatments later, I arrive home to the tiny apartment I share with my boyfriend, two roommates, a fluffy corgi, and a chubby orange tabby cat. My room is still covered with the pictures my sisters drew for me, their inspiration and courage plastered upon the walls. I eat alone every morning, breathing deeply, chewing and swallowing, allowing myself to relish the nutrients that provides my soul with life.

These days, I call Ed “Rex,” and refer to him as an “It” to dehumanize what it did to my body. Its monstrous voice will most likely haunt me for the long, foreseeable future, hissing in my ear numbers and insults. Now, however, I choose not to listen—I choose not to allow him into my home.